Beethoven
Concerto in C for Piano, Violin and Cello, Op.56
Bruckner
Symphony No.7 in E [edition by Leopold Nowak (sic)] 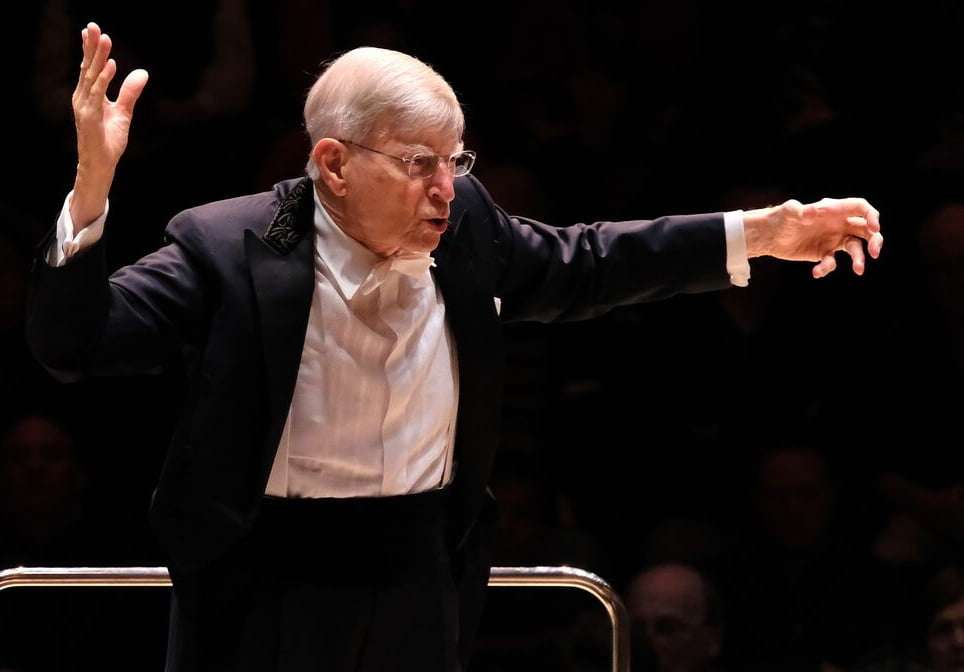 Although Bruckner was based in Vienna for the latter part of his career (where he had a fraught relationship with the Philharmonic Orchestra), it was the Gewandhaus Orchestra and Arthur Nikisch that gave the successful premiere of the Seventh Symphony in 1884; it has remained one of Bruckner’s most popular.

This performance under Herbert Blomstedt (conducting from memory – the score in front of him remaining shut) unfolded with assurance and fluency despite him beating time rigidly instead of allowing the music to take on a life and soul of its own. Although there were exceptions where rubato was used tellingly, generally the structure was too little moulded to delineate its monumental edifice or create much sense of tension – to take one example, the inconsequential ushering in of the cumulative grandeur of the first movement’s shimmering coda immediately after the strings’ quiet tremolandos. The very opening, long-breathed melody was prosaic, too, and it only took off with the gathering layers texture around it at the end of its subsequent restatement.

Blomstedt’s interpretation fared better in terms of contrast in timbre even though, in general, they remained consistently mellow and smoothed out. Initially the strings were given the limelight and allowed to blossom whilst the brass was held in check. The latter was given its chance more notably in the two recapitulations of the Adagio’s principal section, and also in the powerfully-drive cascades of chords of the Scherzo. But the brass was not exactly blazing or coruscating, just as the strings were lucid rather than luscious, such as in the mournful opening section of the Adagio. The woodwinds received less prominence, but that was in keeping with an account which aimed at overall balance and coherence in texture over mystical or ecstatic fervour, and it was consistent with this approach that the cymbal and triangle were omitted at the climax of the Adagio (even though they are noted in Nowak’s edition of the score said to be used here although their absence matches Haas’s publication).

More could also have been made of the Finale which proceeded rather routinely – without the sonorous weight of the Scherzo or more flexible use of rubato, it made less impact than it is capable of achieving, despite its shorter length compared with the first two movements. In essence this was a competent and technically accomplished performance, but not an insightful one, and sounding like a completely different orchestra from that which gave exhilarating accounts of two Strauss tone poems I reviewed for Classical Source two years ago. 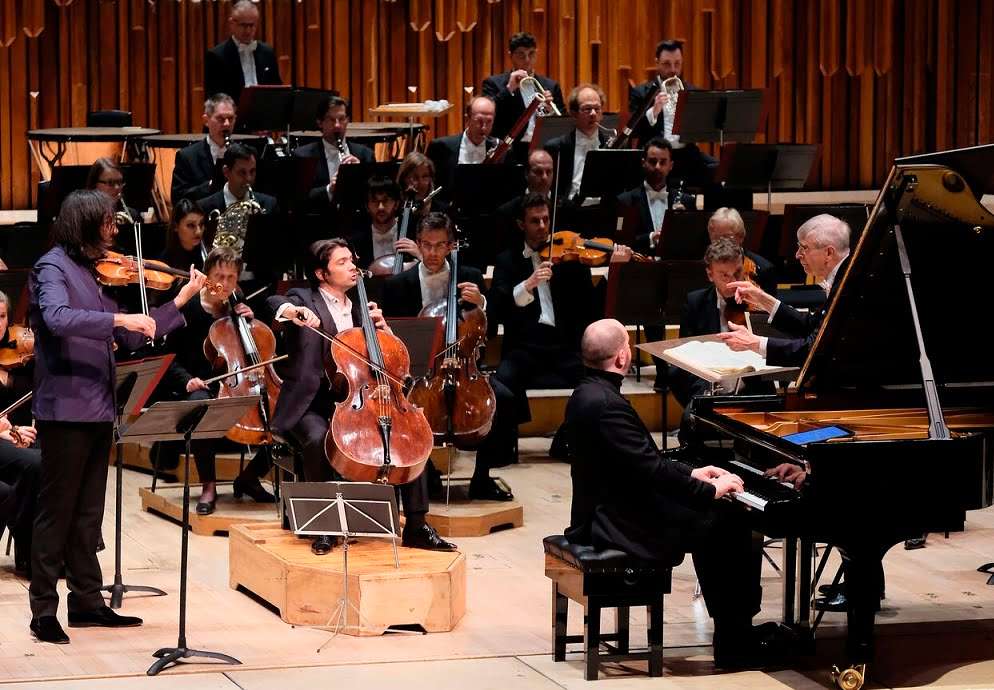 At the opening of Beethoven’s Triple Concerto there was a similar effect of peeling back the layers of the texture, with the transparent but clipped phrases from the strings with little vibrato (given greater clarity by the antiphonal layout of the violins) followed by clean woodwind sound, but the brass again held back. After that the orchestra came together for a dramatic performance of a work often given short shrift by commentators compared with the response to such contemporaneous compositions by Beethoven as the Third and Fourth Symphonies, and the first version of Fidelio. Blomstedt’s commanding interpretation raised the work in stature and might perhaps have convinced sceptics.

If that failed, then the warmth of Gautier Capuçon’s cello should have won hearts, very much in contrast with the leaner sound of the Gewandhaus orchestra, the more disengaged, matter-of-fact character of Leonidas Kavakos’s playing, and the harder edged, percussive – even excitable – contribution from Kirill Gerstein. Only in the final movement did Kavakos take Capuçon’s lead in producing sweeter-toned charm and levity, having dug forcefully into his instrument during much of the proceeding music. The polonaise came off well, cutting quite a dash with its considerable speed, and exuding all the rhythmic vitality of a dance, Gerstein occasionally sinking into the background to allow the music to bound-along easefully.

For an encore, the soloists cultivated neater and more reposeful balance in the slow movement of Beethoven’s Opus 11 Trio, perhaps better known in its alternative guise with a clarinet instead of a violin.