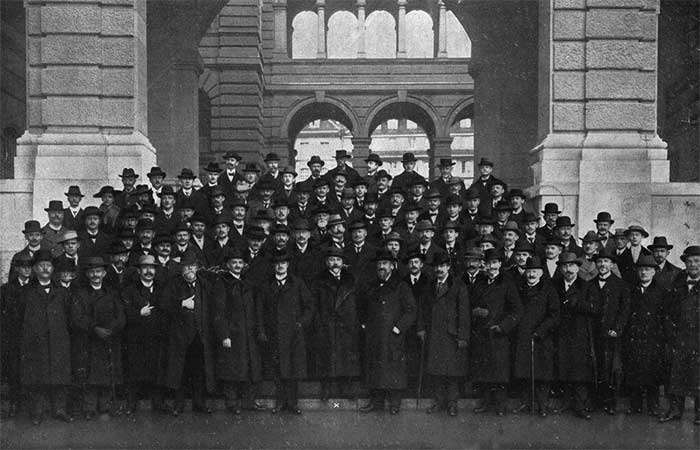 On 18 November 1916 (Germany otherwise engaged in horrific warfare, not least at the Somme), the Gewandhaus Orchestra made its first appearance outside of Leipzig, in Bern to begin a tour of Switzerland. Gewandhauskapellmeister Arthur Nikisch conducted. One-hundred years later the same programme was replicated exactly, now with Leipzig’s Conductor Laureate Herbert Blomstedt and shared with the World.

Sound and vision (lots of close-ups of Blomstedt and the musicians of this august ensemble) were generally excellent (save that the channels were reversed and the Strauss a little restricted dynamically), so too the presentation, free of speech and with no extraneous additions. So, with no unnecessary delaying tactics, Blomstedt entered and led the ‘Eroica’ with a young man’s enthusiasm and vitality; that he is now eighty-nine is a mere statistic.

The concert’s second half was devoted to music by Richards Strauss and Wagner, Blomstedt continuing to not need scores (save for the Siegfried snippet): the printed notes were absorbed a long time ago and are now the subject of a lifetime’s experience. 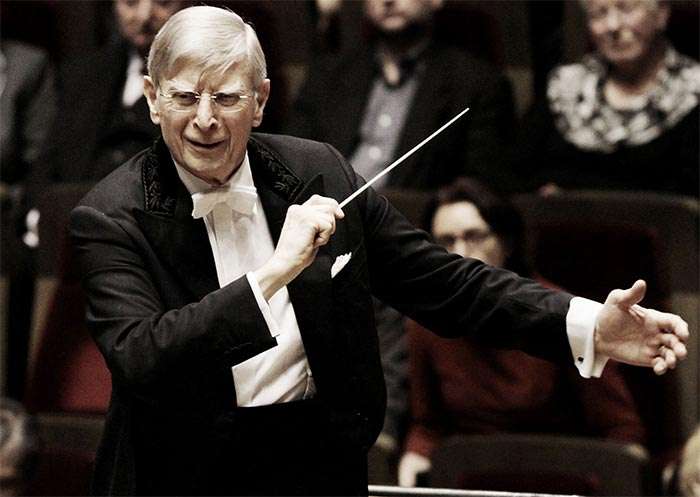 Death and Transfiguration opened blackly, claustrophobically, before an explosive railing against the final curtain. Reminiscences were of bittersweet recollection, and as struggles continue between this life and the next one, celestial majesty is heard. The haul between the two states was achieved admirably, Blomstedt marrying narrative and symphonism, the move into ‘crossover’ sublime, then transcendental and blissful, the conductor concluding with hands clasped to sustain a long and special silence.

It was back to earth for ‘Waldweben’, this forest murmuring with gentle breezes, motioning leaves and birdsong, beautifully played, before the woodland becomes alive with calls and chimes. Blomstedt, acknowledging applause but declining to leave the podium, then rounded things off with a solemn, propulsive, exquisite and majestic account of the Overture to Tannhäuser, played with culture and impeccable blend. One can only surmise how Nikisch interpreted these works a century ago.

The left-right transposition can be easily corrected and probably was no more than cyberspace confusion, for this concert would transfer to DVD with gratification, music-making of the highest class and utmost distinction.