Bach
Orchestral Suite No.4 in D, BWV1069
Bruckner
Symphony No.7 in E [edited by Leopold Nowak] 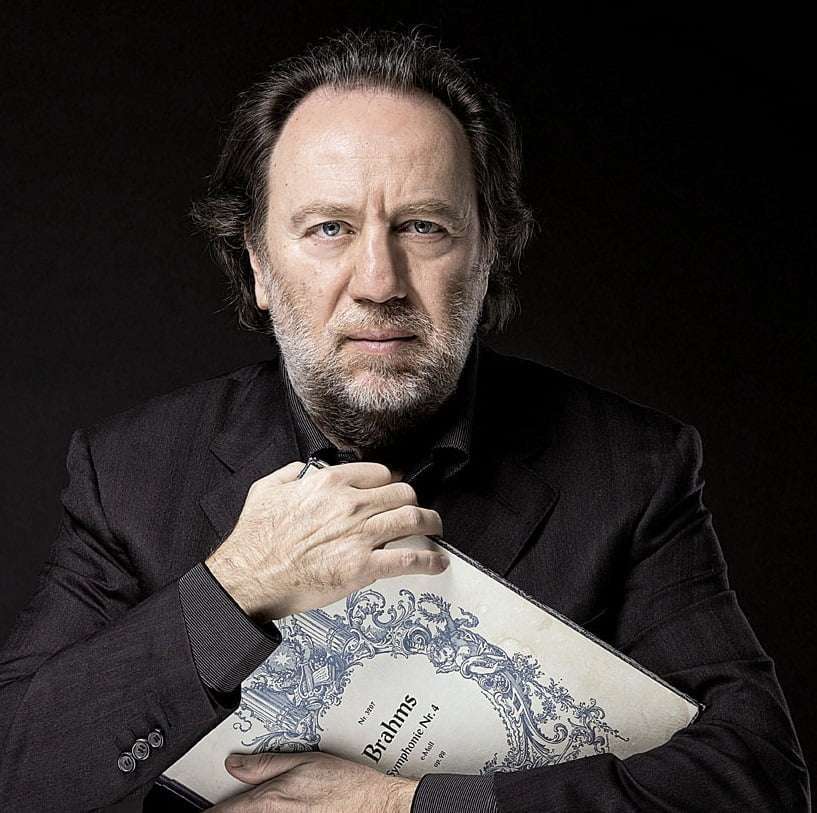 Brahms was conducting a rehearsal when he received the news. He announced: “a master has died”. Liszt composed Am Grabe Richard Wagners (At the Grave of Richard Wagner), after previously penning the prophetic La lugubre gondola (twice). Anton Bruckner was in the process of writing his Seventh Symphony when he learned of the passing of his hero. He added a coda to the Seventh’s Adagio which eloquently expressed his profound sadness. The Leipzig Gewandhaus Orchestra has a special relationship with this symphonic essay, having presented its world premiere in 1884 under Arthur Nikisch. The irony is delicious: although the group did launch this Symphony on its immortal journey, the management of the Gewandhaus postponed the performance twice and finally told Nikisch that they would not permit it. That honor went to the Municipal Opera House on December 30.

Riccardo Chailly began this concert with J. S. Bach. The ensemble consisted of about thirty players. This small group in this cavernous acoustic produced a piquant sound, infectious in its joyful noise and superbly crisp as appropriate. The dance compendium of the turn of the eighteenth-century reminded an American listener of the music of Copland or Ives, a country-dance atmosphere from simpler times. Of note were the 9/8 time-signature for the fugal middle section of the ‘Ouverture’ and the creative ‘borrowing’ of much of the material from Cantata 110, ‘Unser Mund sei voll Lachens’ (May our mouths be full of laughter).

There are multiple editions of most of Bruckner’s Symphonies. In the case of the Seventh, these days it is either the publication by Robert Haas or by Leopold Nowak that is used. We were not advised which, but ask the question and Nowak comes back as the answer. These versions are similar, save for Nowak’s louder dynamics and greater tempo indications in the first movement and the addition of percussion at the slow movement’s climax. That cymbal crash (and accompanying triangle) was added to the autograph score but there also appears in the margin the words “gilt nicht” (not valid), perhaps in Bruckner’s own hand, a mystery worthy of Josephine Tey.

Now more than trebled in size, the Gewandhaus Orchestra took over virtually every inch of the stage. Chailly began with a tremolo so soft that it seemed almost imperceptible and he mustered expertly his forces through the mysterious Allegro moderato. His tempos were what used to be considered de rigueur but years of listening to Celibidache and Tintner have accustomed dedicated Brucknerians to a much slower pace. However, this current reading was totally convincing, putting a fresh face on the music.

The Adagio was truly gripping, the lead-up to that cymbal-capped climax excruciatingly tense, its release orgiastic and full of religious fervor. After such moving music it was almost surrealistic that the scherzo was the best communicated of the four movements, Chailly following the score and emphasizing the fist-clenching crescendos to an almost painful level of excitement. At the conclusion of the finale, Chailly was completely thwarted in holding up his hands for a moment of silence, as the crowd erupted in ecstatic applause almost before the last notes had disappeared from the rafters. This was music-making of an extremely high order.

Adding to Riccardo Chailly’s special day, the Bruckner Society of America presented him with the Julio Kilenyi-designed Medal of Honor for his unflagging energy devoted to the study of this composer’s scores, whose creative process is still shrouded in layers of mystery. The Society publishes an inspired magazine, Chord and Discord, a fascinating guide to the arcane world of Brucknerian and Mahlerian scholarship.