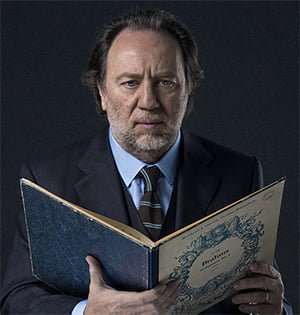 The Gewandhaus Quartet has two distinctions. Firstly, it has the oldest history of any existing string quartet, having been originally founded two centuries ago. Secondly its members have also traditionally been members of the Leipzig Gewandhaus Orchestra: after this early-evening aperitif performance in the Guildhall School’s brand new Milton Court Concert Hall three of the quartet’s players went on to take part in the orchestral concert held in the Barbican Hall. The regular viola player, Vincent Aucante, was indisposed, and a former member, Olaf Hallmann, presently the orchestra’s principal viola, slipped back into his place with apparent ease.

There was just the one work, Brahms’s First String Quartet. At first it seemed as if the acoustic was slightly swallowing the ensemble’s efforts, but we are used these days to a more brilliant string sound, especially from the many newer quartets that we hear, and soon a satisfying quality of warmth and mellowness became apparent. The first violinist is a comparatively young man, but the other players are in their middle years, and together they bring a satisfyingly intimate quality to their playing, certainly in Brahms. The second-movement ‘Romanze’ moved naturally and unaffectedly into being: this was a particularly moving old-world-state experience. The Allegretto too was gently projected, with apparent innocence, and there were no forced tempos or dramatic effects in the final Allegro. This was not Brahms for every day, but here it all seemed just as it should be.

In the second concert of its Barbican International Associate Residency, devoted to the music of Brahms, the Leipzig Gewandhaus Orchestra played the Second Symphony, preceded by a performance of the Second Piano Concerto with Arcadi Volodos as soloist. For even the most seasoned principal horn player it must be difficult to start cold with the concerto’s introductory solo passage (in days gone past that player would be able to warm up in a overture, but that species of music is sadly now a rarity). However, all was well. 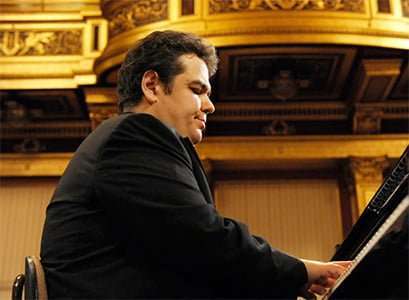 It was immediately clear that Volodos’s approach to the concerto would be expansive. The LGO under Riccardo Chailly’s clear, eloquent baton responded with a notable warmth of string sound and there was a pleasingly balanced woodwind section, with the instruments’ individual characteristics not suppressed into homogeneity as we have sometimes heard in middle-European ensembles. The previous evening’s first oboe was replaced by another fine artist, Susanne Wettemann no doubt, who fortunately possesses a beautifully clear, reedy tone, not the fat sound we often hear from continental players. Sometimes it seemed as if Volodos’s sometimes expressive approach in the first movement was not entirely appreciated by Chailly, who perhaps wanted to move on a bit. This is not to suggest that the pianist was lacking in power and momentum: and his big, muscular technique (though not infallible) was much in evidence. In the second movement, for instance, there was a sense of organic wholeness, despite more expansive gestures from the soloist. In the Andante cellist Jürnjakob Timm was again to the fore, producing a beautifully elegant account of the solo part. His artistry was clearly appreciated by the pianist, who responded in kind, though towards the end Volodos’s distension of phrase was too much, causing problems for the conductor and his uncomfortable-sounding solo players. Fortunately the finale proceeded with appropriate brio.

In the Second Symphony it was at once clear that Chailly’s approach was still very ‘Italian’, despite his having worked so often over the years with more northerly ensembles. The first movement (with the exposition repeat taken) moved on quickly, though there was an attractive lyricism in the playing, and nothing was driven too hard. But here the brass section sounded a little too raw at times, perhaps due to the Barbican’s hard acoustic properties. Qualities of eloquence combined with strength where needed informed the second movement and the Allegretto was charmingly realised. Fast tempos again characterised an exciting account of the finale, and the orchestra’s virtuoso playing predictably produced an ovation that was acknowledged by a lively account of the Hungarian Dance No.1 as an encore.