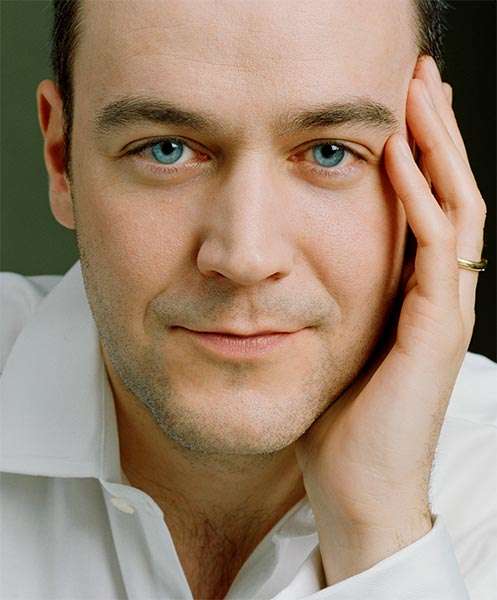 Every time in this excellent Wigmore Hall recital when I thought I’d nailed the main, generating aspect of Leon McCawley’s style, he’d confound expectations. His seemingly ascetic, self-contained persona would deftly step aside to allow comedy, fantasy and passion to hold the floor, on the back of a disarmingly profound and mercurial virtuosity, and his playing just sounded right.

Take Haydn’s Sonata in C, one of his late London works, which seems tailored to a particularly English sense of mischief. McCawley opened it properly enough, but soon the first movement was poking its nose into downright anarchy. The pianist’s engagement with the cut and thrust of musical dialogue quickly developed into a masterpiece of imagination and control, manifested in all those teasing pauses, swells of exaggeration and sexy decorations. Particularly in the Keyboard Sonatas, I’ve been amazed by the games Haydn plays and by his elaborate system of checks and balances, and McCawley was every bit equal to the broader plan as much as to the crazily articulate detail. His playing gave little away to ‘period’ manners, but his use of pedal, his variety of touch and his sharp-witted response to the highways and byways of Haydn’s sublime good humour guaranteed delight.

McCawley’s most recent recording (on the Somm label) is of the Rachmaninov Preludes, and his choice of three from the Opus 23 set gave a good idea of his late-romantic sympathies – you were aware both of the considerable craft of his playing and of the generosity of feeling. He drew reserves of richness and colour from the piano for the grandeur of No. 4, and the ‘Alla marcia’ of No.5 came with extra military bite. The fortissimos weren’t always the most beautiful sound, but there was no doubt how close McCawley is to the veil of Rachmaninov’s emotional complexity.

You don’t have to scratch far beneath the surface of much of Mendelssohn’s music to discern a barely contained anxiety, which McCawley exploited to great effect in Variations sérieuses, composed as a homage to Beethoven. Even by Mendelssohn’s standards, it’s a technically demanding work, and McCawley unfolded the accumulative elaboration of the Variations in a seamless flow of music that hovers in the slipstream of both Bach and Beethoven. You could hear how the piano figuration defers to Beethoven, sometimes at his most angular, and develops it without excess but with a great deal of accumulative pressure, played by McCawley with majestic security.

His range of colour was a dominant factor in his reading of Chopin’s 24 Preludes, launched with a very Schumann-like yearning quality in the First of the set. There was a hauntingly lifeless tone to the accompaniment of the Second that prepared the ear for the range of characterisation he brought to all 24, and, however familiar they may be, McCawley’s approach gave the sequence a fresh sense of inevitability. He allowed the longer Preludes to expand in a way that gave added substance to the shorter ones, he didn’t overplay rubato or the moments of grandiose oratory, and his virtuosity was both easy and primarily a vehicle of expression. It’s a long time since I heard such a cohesively planned and executed account. McCawley returned to Rachmaninov for his encore, the Fifth Prelude from Opus 32.