Leoncavallo
Zazà – Commedia lirica in four Acts to a libretto by the composer after the play by Pierre Berton & Charles Simon [1919 revision; sung in Italian with English surtitles] 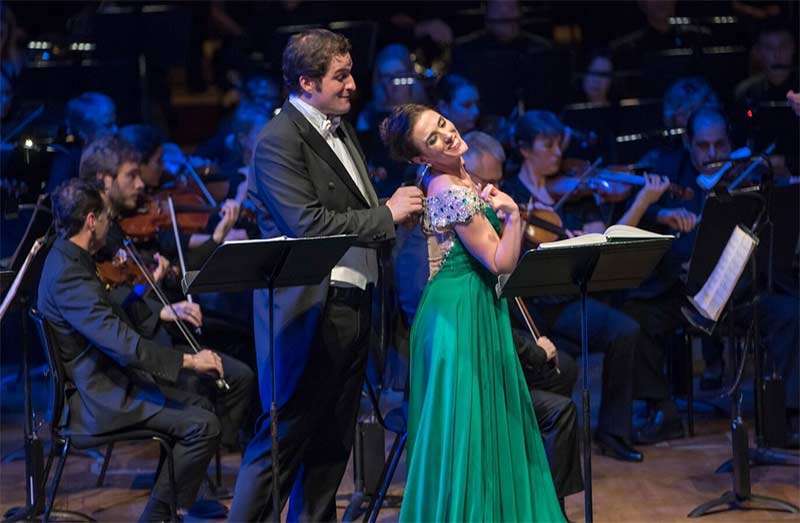 A packed Barbican Hall experienced this rarity by Ruggero Leoncavallo. It is fortunate indeed that Zazà was performed in tandem with an Opera Rara recording for the evening was a resounding success. Zazà was composed in 1900, some eight years after Leoncavallo’s most famous opera, Pagliacci. This makes is roughly contemporaneous with Francesco Cilea’s Adriana Lecouvreur, and indeed the operas have similarities. Both have an actress as the central character sung by a soprano, in love with a caddish tenor, and who both have a devoted baritone admirer who they take for granted.

Cilea’s opera has been staged with regularity, whereas Zazà was extremely popular in its first few decades, but has lapsed into obscurity since. The quick plot summary is that Zazà falls in love with businessman Milio Dufresne, discovers he is married with a child, angrily exposes his duplicity to his face, and renounces him to his family, which she acknowledges he loves above all. The music is very much of the verismo type, and there is a heady mix of pastiche, as well as sweeping tunes that carry one away even if they are not that memorable, passages of melodrama and some attractive orchestral interludes. 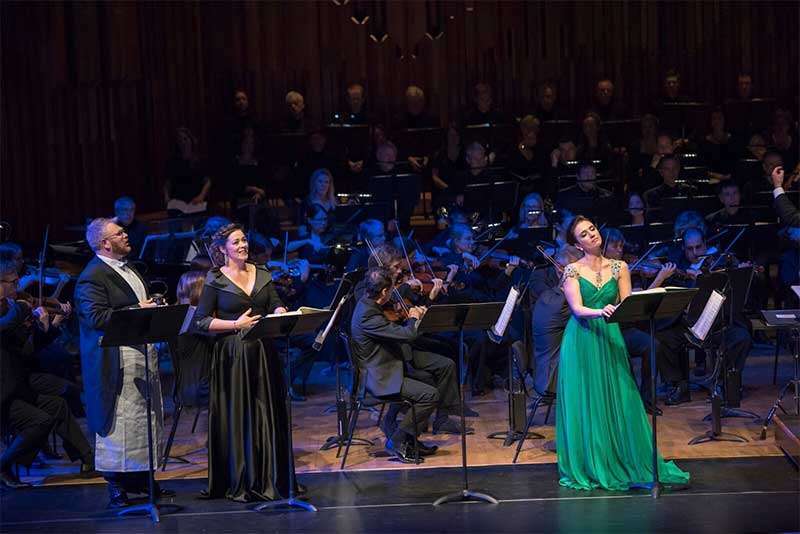 This genre is hardly staple repertoire for even the ever-versatile BBC Symphony Orchestra, but under the vastly experienced and singer-friendly Maurizio Benini these musicians played as if Leoncavallo’s music was in their blood. The attractive opening of the third Act with its harp flourishes and pastoral woodwinds was beautifully played; the banda music accompanying the theatricals had real vitality, and the dramatic moments were articulated with point. The soundworld of Pagliacci is ever present and there is an almost direct quote of ‘Vesti la giubba’ (“On with the motley”). This opera is one of few (if any) in which there is an orchestral depiction of a bodice being untied and a dress unzipped! Hilarious!

The success of any performance of Zazà is dependent on the soprano singing the title role. One of the early successful exponents was the American Geraldine Farrar – she performed Zazà at her farewell to the Met in April 1922. She was also the first to sing Suor Angelica in Puccini’s opera. Interestingly the BBCSO and Opera Rara cast a singer with proven form in similar roles – Ermonela Jaho. She sang Angelica to rapturous acclaim at the Royal Opera House a few years ago, and has also portrayed Violetta in La traviata.

Here she held the audience spellbound, and she is there for most of the opera! She’s a natural stage animal and inhabited the part totally, unashamedly milking the scenes of saccharin sweetness as well as those of over-dramatic sensationalism. Vocally she was on top form, the voice beautifully silvery, powerful at the top of the register and with the ability to sing pianissimo. Her projection of the text was exemplary. 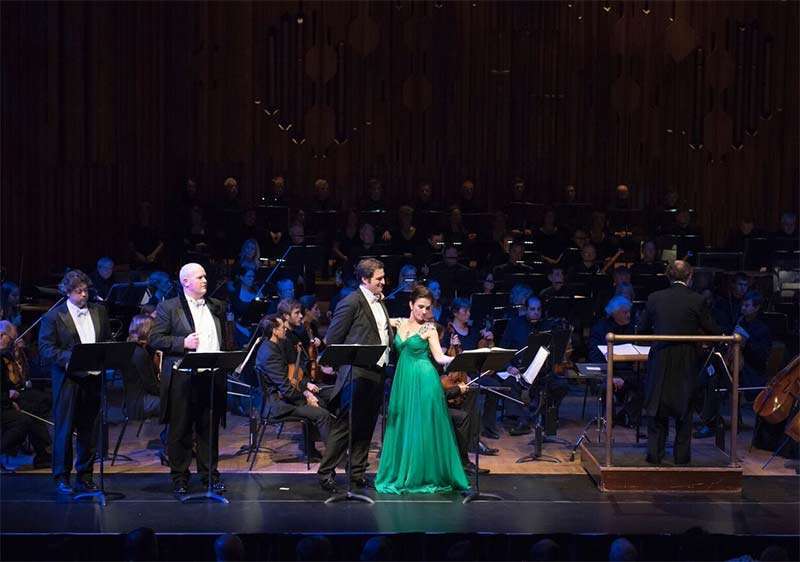 As Milio Riccardo Massi was vocally sure with lots of limpid tone and stylish utterance, almost lavishing too much perfection on the material. Theatrically he was somewhat inert, especially when compared with Jaho, but it was an attractive rendition. Leoncavallo wrote well for baritones, and Stephen Gaertner relished his chances in his two arias, particularly in Act Four, his warm honeyed tone making terrific impact. He was also dramatically engaging, particularly in the encounter with Zazà’s mother Anaide, here Rebecca Lodge standing in at the last minute for the indisposed Patricia Bardon and acquitting herself admirably.

There are a large number of cameo roles, mainly theatrical types, and David Stout, Simon Thorpe and Nicky Spence made their presence felt. The spoken role of Milio’s daughter Totò was delightfully articulated in perfect Italian by Julia Ferri; what a shame she was amplified in such an unconvincing manner.

The semi-staging was deftly handled by Susannah Waters, neatly elaborating the to and fro of the characters, and replete with a plinth on stage-left doubling as both the variety theatre and also the drawing room where Totò charms the disguised Zazà with her artless piano-playing.

This was a great performance of a work of interest and was studio-recorded for Opera Rara (its fifty-fifth release) before the concert, which was not itself documented in this way. Hopefully, the BBCSO/Opera Rara collaboration will continue to unearth similarly forgotten and obscure stage-works, such as Bellini’s Adelson e Salvini on May 11.