Handel
Susanna – oratorio in three parts to an anonymous libretto 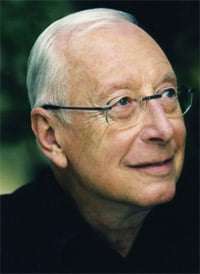 We’re coming to the end of Handel year and there are rarities still to be collected. While English Touring Opera has just finished a handful of popular and rare operas at the Royal College of Music’s Britten Theatre (now touring), the Barbican presents his late oratorio “Susanna” (1749), with an anonymous text based on the Apocrypha, similar to its compositional bed-fellow “Solomon” (which was based on events in the established portion of the Bible).

Not only did this commemorate the 250th-anniversary of Handel (and, incidentally, the 260th-anniversary of the first performance of “Susanna”, in February 1749), but also the 30th-birthday of William Christie’s crack ensemble Les Arts Florissants. In conjunction with Salle Pleyel and Cité de la Musique, the Barbican Centre has co-produced a series of concerts (Monteverdi, at the Union Chapel, and French Grand Motets still to come, on 8 & 26 November) as an extended birthday party.

Coming to the end of a major tour (that started in Mortagne, then Bucharest, Vienna and Ambronay in September, and continues to Bilbao and Valladolid after London), this “Susanna” was pure joy. Sharing similar aspects to tragic Janáček and Shostakovich heroines, Susanna (Sophie Karthäuser replacing the originally advertised Kate Royal) is their antithesis as, when her husband (Joacim, countertenor Max Emanuel Cencic) has to go away on business, she mourns for his absence (where both Katya and Katerina indulge in secret lovers). 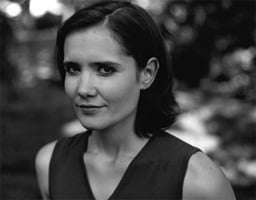 Then poor Susanna has the unwelcome attentions of two elders (William Burden and Alan Ewing), who – when rebuffed, firmly – cook up false charges of adultery against Susanna. She is sentenced to death, until the intervention of the youth Daniel (David D. Q. Lee), who proves the elders’ falsity by exposing their differences of evidence about which tree Susanna was being adulterous under. The oratorio ends with the elders sentenced to death and Joacim reunited with Susanna.

Perhaps the reason for the neglect of “Susanna” is its unusually sombre mood, particularly of the first part. The opening chorus, an anguished chorale, sets the scene of the Jews in exile in Babylon, followed by contemplative, rather than effervescent, statements of love between Joacim and Susanna. Melancholy is not far from part two, either, epitomised by Susanna’s attendant – beautifully sung by Emmanuelle De Negri – who first sings Joacim’s wedding song (with distinctive pizzicato accompaniment) at her mistress’s request, but follows it with an aria of her own sadness, her lover having died too young.

Although the elders’ advances could be played comically, the extraordinary control with which Susanna rebuts them suggest something much more serious; no wonder Richard Wigmore in the programme notes allied “Susanna” to “Theodora” (just a couple of Handel oratorios down the line). This second act is also notable by the rather cinematic opening and closing scenes with Joacim, on his business trip, learning events by letter.

By the time he returns, Susanna has been vindicated, courtesy of fellow countertenor Lee, in a typically thrilling court-scene (they never fail, court scenes), where justice is seen to be done. The married couple are reunited under the paternal eye of her father Chelsias (Maarten Koningsberger), with the chorus praising her as “the chastest beauty that e’er grac’d the earth”, although at the beginning of the act that very chorus was quite happy to condemn her with “Susanna is guilty, Susanna must bleed.”

Christie’s chorus was particularly mobile, in the second part only entering shortly before its belated utterances and, in the third act, coming forward a couple of times to spread across the Barbican Hall’s wide stage. The musicians of Les Arts Florissants were in typically fine form, with Christie himself, spry as ever, revelling in Handel’s delicious scoring, with detail upon detail unveiled. It is to be hoped that the performance finds its way onto DVD (Virgin Classics has usually been very helpful in this regard of late), as “Susanna” seems to have been undeservedly neglected.