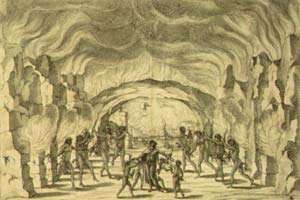 “Il Sant’ Alessio” (1631) is an overtly political opera. In commissioning the entertainment for which Landi wrote the music, the Barberini brothers, nephews of Pope Urban VIII, were firing a barrage in the religious-wars between Catholic and Protestant, a part of the counter-attack of the Catholic side, a reinforcement through the arts of the beatification of Alessio. He was one of a number of saints who epitomised the righteousness, selflessness and exemplary humility which could be used as confirmation of the true church and inspiration for the coming generation.

The hero is a rich Roman who, returning from a long absence abroad, resolves to abandon his privileged lifestyle and spend the rest of his days in poverty. The key to the drama lies in his taking up residence, unrecognised, in the home of his own family. His commitment to his mission is sorely tested, externally by the figure of the Devil, who deploys a number of cunning ruses to persuade him to renounce it. Internally he is assailed by self-doubt. His steadfastness and sustained mortification of self, even when witnessing at first hand the anguish of his parents on whom he has chosen to turn his back and a wife who believes him to have deserted her, elevated him in the eyes of the Church.

Librettist Rospigliosi provided dramatic situations and words to embody the experiences and relationships of the saint and his household which Landi clothes in music of surprising range, where searing intensity alternates with conviviality, spirituality with satire.

The ear of the listener needs time to adjust to ‘early’ music at the best of times, but the problem of acclimatisation was particularly acute in this case because of the predominance of one particular voice-type in the cast, that of the countertenor. This is not in itself unheard-of but examples from Rossini (“Armida” has six tenors, “Otello” five, three of them in leading roles) were no preparation for the eight countertenors William Christie had chosen to present Landi’s opera. As well as the general culture shock, adjustment was needed each time a new character appeared; the scene for three women in Act One of the opera was a disconcerting experience. However, the skills of the singers and the variety of timbre, style and characterisation vindicated this choice of how to adapt the original allocation of parts to castrati and unbroken boys’ voices. 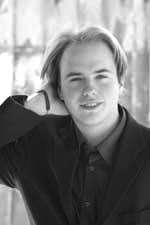 The first soloist to occupy the platform was the youngest of the countertenors, Terry Wey. He understandably lacked some of the individuality of those to come but produced a handsome, polished sound, drawing out his didactic lines with elegance in the role of Roma; later, as his alter ego Religione, he rose to the solo assigned to that character, offering the promise of hope in heaven to the mourners. Alexis’s father Eufemiano was played by Alain Buet, who timed his performance splendidly. Rather tentative at first, he expressed the character’s growing grief and frustration, progressing through a moving soliloquy in the second act and reaching his peak of eloquence in the third act finale. 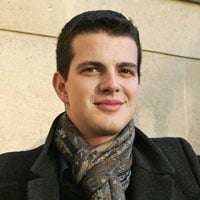 Alessio’s first solo appearance (rising from the black-draped box on which he had lain motionless during the opening scenes) represents one of the few approaches to an aria in the work. The sustained lyrical lines and some decorative figures set an early musical test for the interpreter as he renounces the pleasures of the flesh, declares his commitment to a quasi-monastic life and sends his thoughts winging to heaven. A youthful-looking Philippe Jaroussky impressed immediately with the untarnished beauty of his voice; as he approached the top of the soprano stave the sound gained in roundness and richness, while his absorption in the role was all that could have asked for.

There is a Shakespearean counter to the tragic element in the opera’s theme, which was strongly brought out in this production. The comic pair of irreverent pages Martio and Curtio did not let the dust settle on Alessio’s opening scene before they were in his and our face, ridiculing his solemnity and mockingly inviting him to play soldiers. They were neatly differentiated. The shorter Martio, played by José Lemos, bounced around the platform like a rubber ball, while his companion Nuntio (Pascal Bertin) struggled to keep up. Both produced suitably caustic vocal sounds, with Lemos in particular displaying a strong low register. Their double act was to return several times as a bathetic accompaniment to the general piety. In Act Two their circus-style dance among the orchestra and the wild accelerando with which it was accompanied was the comic highlight of the evening.

If Jaroussky’s strength was in the soprano register, Max Emanuel Cencic as his wife sang with the richness and nobility of a distinguished lyric mezzo, maintaining his resplendence of tone even in accusation. Her dilemma in the second act was movingly conveyed. Xavier Sabata deployed a more rugged timbre and his portrayal of Alessio’s mother stood out distinctively in their combined scenes, while Jean-Paul Bonnevalle as the Nurse had more of a character voice. 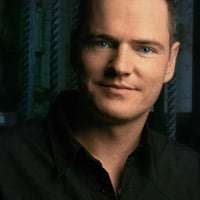 The one tenor to be heard, Ryland Angel as Adrasto, had a voice of two halves, a hard, abrasive, thoroughly unlyrical foundation which he often used in a Sprechgesang style, topped by falsetto tones. Luigi de Donato enacted a plausible Devil in Disguise. His resonant bass voice comfortably encompassed the two-and-a-half octave range of the part, right down to bottom C.

The chorus, adult males and boy trebles (plus one girl), was superbly accurate and disciplined throughout. The singers’ entries were always crisp, their ensemble consistently reliable, their collective projection of character harmonious. The solo trebles playing angels were confident and professional and sang with immaculate intonation.

The composer proved himself to be a master of the theatre in Act Two. In the triple-layered scene in which Alessio overhears his relatives debating their next actions, while the pages poke fun at them, Landi interweaves the three strands expertly, then follows them with the scene of Alessio’s self-doubt. Not long after comes his gorgeous solo welcoming death, its beauty acknowledged by the rapt attention of the audience. Then he writes for the Devil and the pages a scene of camp exchanges before rounding it off with the solemnity of Religione’s aria.

If this is crowd-pleasing stuff, the third act finale is caviar to the General: even the comic characters are subdued into repentance and each of the mourners sheds impassioned tears over the hero’s body before succumbing to resignation; this in a protracted final episode which certainly confirmed the stamina of the performers.

In the 18th-century the instrumentalists were to be demoted to subordinates of the singers. In 1631 their role was still to act as protagonists in the drama. Here the Orchestra of Les Arts Florissants was constantly and vividly active in the narrative, contributing dynamically far beyond the dance movements, the orchestral ritornelli often intersected with vocal pieces to reinforce their changing moods.

The work was semi-staged in front of and around the instrumentalists by Benjamin Lazar. The Personenregie entailed much stylised movement. Characters underlined their phrases with abundant use of the hands: suppliant, conciliatory and defensive gestures were much in evidence. The demons moved as a herd of reptiles, menacing gesticulations being accompanied by bloodcurdling facial distortions. I presume this all to be the fruits of Lazar’s researches into ‘period’ performance. An allegory of the Counter-Reformation this work may be but in this production it engaged as a universal human drama.

The whole performance moved smoothly onwards both dramatically and musically. Exits and entrances were effected economically, ensuring a fluent narrative. Changes of costume identified the different roles of the choristers. On the musical side, the standard of musicianship required to unite a work consisting of such contrasted episodes as this can only be admired. The impression was of a tightly rehearsed and perfected enterprise. William Christie rose occasionally from his harpsichord to conduct, otherwise this was an act of spontaneous, co-operative music-making by a dedicated team of artists, each one of whom is a virtuoso musician. Christie’s stewardship of this group is a wonder of our age.