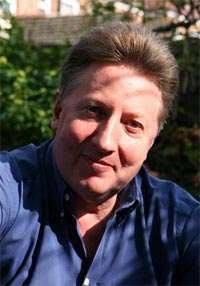 Given that Franz Liszt was one of the great composers, the number of recitals entirely devoted to his piano music is very small, and despite the efforts of such as Louis Kentner and Alfred Brendel, huge numbers of people still think of him solely in terms of the B minor Sonata, and some of the Hungarian Rhapsodies and Transcendental Studies. Leslie Howard has recorded all of Liszt’s piano works for Hyperion (a 99-CD set is just released) and is a loyal champion of the composer’s music. In this Wigmore Hall recital, the only piece that is reasonably well-known was Variations on Weinen, Klagen, Sorgen, Zagen; and two works were receiving their world premiere.

It is a totally unfathomable mystery as to why Liszt isn’t more popular. He was the greatest pianist of his time, possibly of all time, a musical revolutionary and the composer of some of the most challenging and profound music. In Années de pèlerinage, for example, the descriptive and emotional range is staggering, the Third Book – as with all of Liszt’s late music – is without parallel in terms of innovative originality and the B minor Sonata is surely the greatest since Beethoven – and yet people still patronise, or ignore him!

In Leslie Howard’s recital none of the music would count as being amongst the composer’s masterworks, but the two premieres were absolutely marvellous. The concert began with the very rarely performed Großes Konzertsolo. As Howard pointed out in his programme notes, this work can almost be seen as a dry-run for the B minor Sonata in terms of structure and thematic content. To take only one example, the Sonata’s great grandioso theme and the bass chords that precede it find a clear parallel in the Konzertsolo. Howard’s performance was absolutely magnificent. In the second reverie, the crossed-hands had an exquisite softness of touch and beautifully varied trilling and, later, a series of massive bass chords were superbly balanced against a shimmering right-hand. It would be difficult to imagine it being played better.

Weinen, Klagen, Sorgen, Sagen wasn’t so successful. Howard’s sound is big and here the work seemed to start at triple-forte and continue in the same vein, with the final statement of the theme lacking shape and finality. There was a similar problem in the Sarabande and Chaconne, where there was a lack of give and take in the phrasing, the Chaconne could have danced more and the dynamic level soon reached an unremitting fortissimo.

The two pieces from the oratorio “Christus” are typical Liszt ‘arrangements’, in that the composer – whether using his own work or that of others – always re-wrote music to make it more pianistic. Howard played the two without a break (presumably as intended by the composer). It is also typical of Liszt that ‘Einleitung und Pastorale’ and the epilogue should be suffused with a gentle rapture and that he should move from this mood into what sounded like a reel. The performance was exceptionally fine, with a Bach-like rise and fall to the phrasing and exquisite touch. However, the huge climax to the storm was rather stiff and didn’t grow out of the music.

It’s difficult to know what to say about Romancero espagnol. Even by Liszt’s standards it is fiendishly difficult and includes a passage where, at speed, the pianist has to play in two time-signatures concurrently. The work has an introduction, fandango, a set of variations, a Jota aragonesa finale, and a coda that quite wonderfully never seemed to end! It is all enormously entertaining and deserves a place in any self-respecting virtuoso’s repertoire. Leslie Howard’s technique is in the super-virtuoso class, but even he sounded hard-pressed on occasion. But, quite rightly, the audience erupted as the final chord died away. I will certainly be buying his recent Hyperion CDs of Liszt first recordings (“New Discoveries”, CDA67810). As an encore Leslie Howard offered ‘Mes joies – Nocturne d’après un chant polonais de Fr. Chopin’ (the second version of the fifth Chants polonais).