Gavin Higgins
The Monstrous Child – Opera in two Acts to a libretto by Francesca Simon based on her novel [world premiere; sung in English] 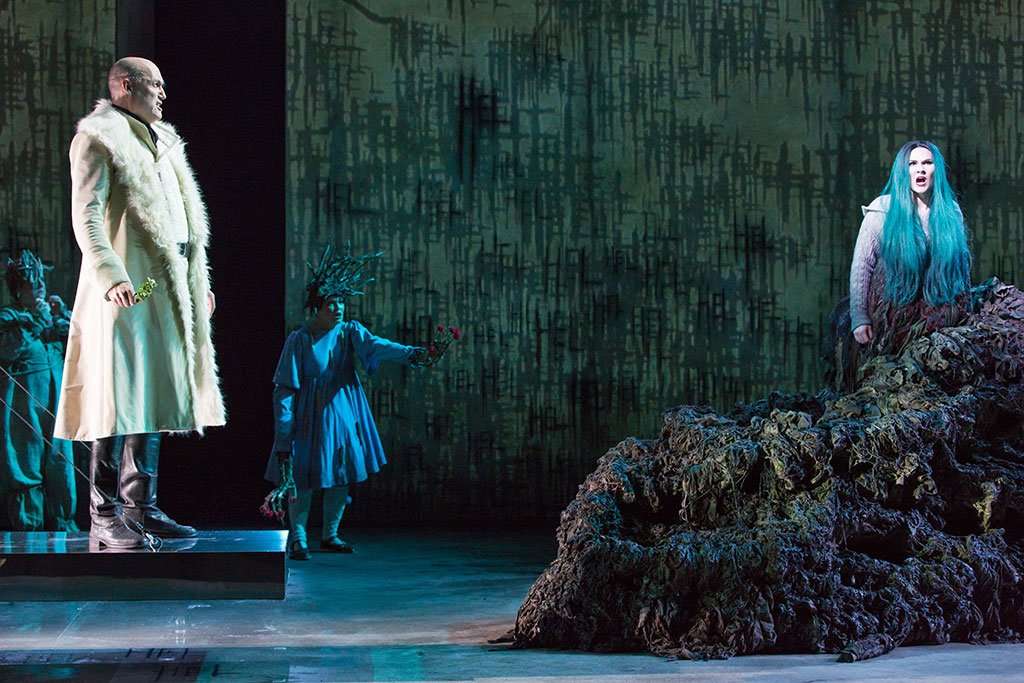 Remember Loge, who gives Wotan the run-around in the Ring Cycle? Well, he’s back, this time as Loki, begetting hideous children with a giantess called Angrboda, one of which is the aptly-named Hel – half-girl, half-corpse, all-attitude. She is the Monstrous Child of Francesca Simon’s novel, which she has adapted and reduced as a libretto set by Gavin Higgins as the Royal Opera’s first production in its refurbished Linbury Theatre.

Simon’s Horrid Henry books have been guiding children through the exigencies of growing up for more than twenty years. The Monstrous Child is aimed at the Young Adult (that is, teenager) market, and uses ancient Norse mythology as a way into the mind of Hel, the original stroppy teenager, in a new opera based on some of the characters and situations that inspired Wagner and, latterly, those gripping Thor films. Norse stuff is cool.

Legend has it that Hel, along with her equally repulsive brothers, will bring about the end of days, so Odin (Wotan) banishes her to Niflheim as Queen of the Dead, which, as it were, is a job for life. There she waits, for centuries, for gorgeous Baldr, son of Odin, the only being she has ever truly loved. But when Baldr eventually crosses the Echoing Bridge and Hel declares undying love, he is repelled. Hel goes into a mega-toxic, all-annihilating sulk. She’s misunderstood and, yes, it’s all so unfair, her misery underpinned by the stern moral of being careful what you wish for.

Simon’s book has a larky, confidential tone, and it seems plain daft not to carry that over into the opera with surtitles. While it’s not hard to get the gist of what’s going on, a lot of the text just doesn’t make it over the pit. On the back of his recent trombone concerto, I was looking forward to Higgins’s score, but the impression lingers of music that supports and illustrates without particularly expanding the text. The nine players of the Aurora Orchestra, with multi-tasking woodwind, were firing on all cylinders, with, from the percussion, some overpowering volume, and there is an effective soundtrack of drips and creaks to heighten Hel’s desolation, all of it expertly conducted by Jessica Cottis. There are some touching, lyrical moments, and the music follows the action well, and, perhaps for an opera aimed at a Young Adult audience, it is eruptively characterised. 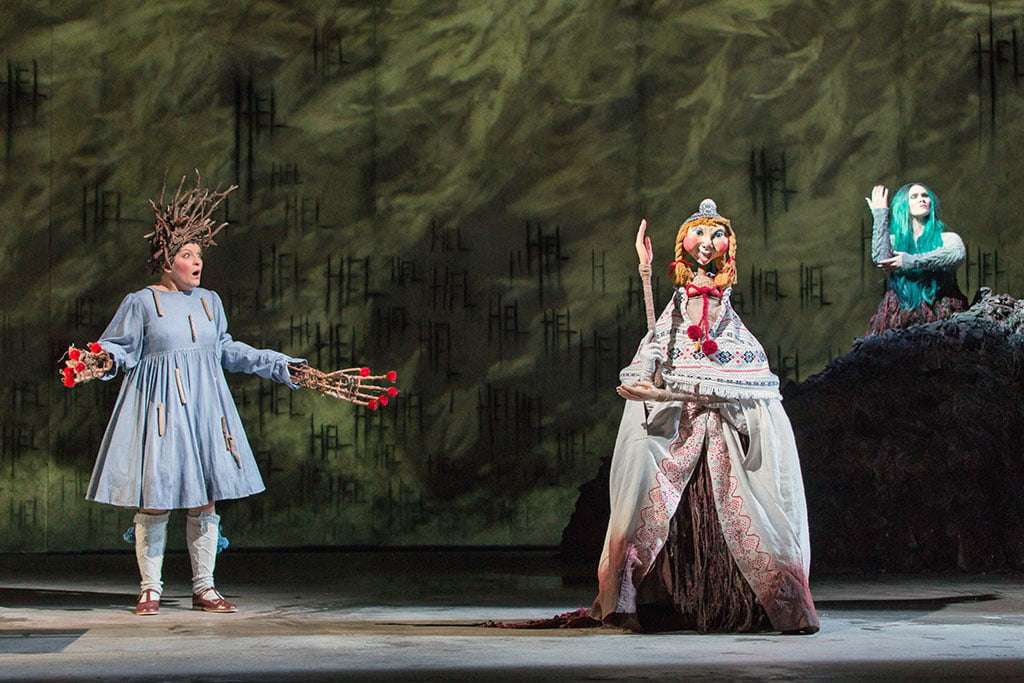 Timothy Sheader and designer Paul Wills’s staging takes prime place with some striking images, and it is really what the evening is all about. Hel’s putrescent lower half is like a huge cowpat, there is a spectacular and repulsive birthing scene for Angrboda’s progeny that reduced some of the audience to hysterical laughter, and the puppet work for baby Hel and her two infant brothers, one a snake, the other a wolf, is virtuosic and funny. To accompany the sound-effects, there are some moody video projections, at their best for the swirl of lost souls in Niflheim.

Marta Fontanals-Simmons plays Hel as a confiding and objective narrator of her own life, trapped in her putrefaction and present throughout. She is good at implicating us in her plight, there are a few opportunities for her lovely mezzo to make its mark, and she has a fine, wry sense of comedy. Baldr, the love of her life and beyond, is played with god’s-gift glamour by Dan Shelvey, who, among his other attractions, has a powerful, expressive voice. Loki is taken in top diamond-geezer style by Tom Randle, and there are strong performances from Rosie Aldridge as Hel’s giant mother and Lucy Schaufer as Modgud, who guards the entrance to Niflheim.