Brahms’s First Violin Sonata was written shortly after the death of his 24-year-old godson, and its prevailing mood of tender melancholy suits transcription to the cello. It is uncertain if Brahms knew of this arrangement by Paul Klengel, who transposes the work up a fifth into the key of D, thus showcasing the cello’s upper register. 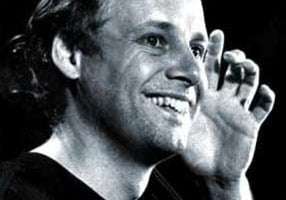 Pieter Wispelwey, playing from memory throughout the recital, has a warm tone that wonderfully suits the music. He began the ‘Sonata in D’ with effortless phrasing and well-modulated vibrato. Paolo Giacometti’s accompaniment was sensitive but so quiet as to be hidden beneath the cello part in the outer movements. Wispelwey particularly shone in the Adagio, especially in the haunting ascending chromatic melody near the end, which he played with sparing vibrato yet with perfect intonation and a rich tone. In the finale, Wispelwey managed to create drama with a lightness of bowing. One could quibble that he did not allow his open strings to ring to full effect, a choice perhaps made due to the unusual key transposition – a more obvious choice to have retained Brahms’s original key, thus keeping the open-string passages the same as in the violin version. 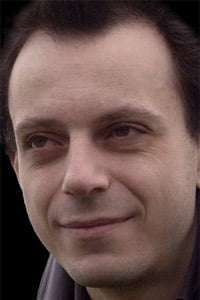 Brahms’s Second Cello Sonata, written 24 years after the E minor First and after he had completed his four symphonies, has a symphonic nature in its richness, with the two parts sounding much larger than a duet. In this piece, Giacometti came out of his shell, the piano sounding as an equal to the cello, yet never overpowering it. Wispelwey finally had a chance to showcase his instrument’s lower register, with its beautiful tone on the dark C string. He managed the tremolo string crossings with ease, at time creating the effect of an orchestral section of cellos. The second movement’s lighter sections were a real contrast of mood to the brooding first, with an airless quality of emotional expectation. When the melodic line began in the cello and ended in the piano, the two instruments played together as one. Wispelwey’s mastery of his instrument was apparent in the sonic depth he was able to create in the heavy pizzicato sections, as well as in the rich tone he created even while bowing over the fingerboard in the third movement, although in the faster triplet passages in the lower register, he created a distracting percussive sound with the left hand slapping the strings, an unwelcome habit that was also apparent in the finale of the First Sonata.

Wispelwey’s intonation did not match the piano precisely, frequently sounding flat, a problem that was improved but not altogether corrected in the First Cello Sonata by the tuning of the piano during intermission. This is Brahms’s first duo-sonata. The first movement is less harmonically adventurous than his later works, with long, singing lines in the cello and a more accompanying role in the piano. The prevailing mood was that of a more pure, raw emotion, and Wispelwey matched his timbre to suit this quality without any loss of warmth of tone. Again using vibrato sparingly, he nevertheless created the needed passionate atmosphere, in particular in the intensity of his tone on the A string. The pianissimo sections were appropriately sinister and gloomy, possessing a dark beauty, and Giacometti’s playing balanced the cello well in both volume and temperament. The second movement has a Baroque feel, which Wispelwey handled with an ease of bowing and just the right amount of rubato. His dexterity at contrasting the long and short notes in one phrase by means of varied bow pressure was particularly commendable.

There exists a tale of a cellist who, while rehearsing this sonata with the composer on the piano complained that he could not hear himself, to which Brahms replied, “You’re lucky!” Wispelwey’s tone, while able to cut through the piano the majority of time, became lost under the busy piano line during some of the fugal sections of the finale.

A piece of Schubert was offered as an encore, in which Wispelwey’s long-held notes were suspenseful, with the simplest phrases being exquisitely nuanced.