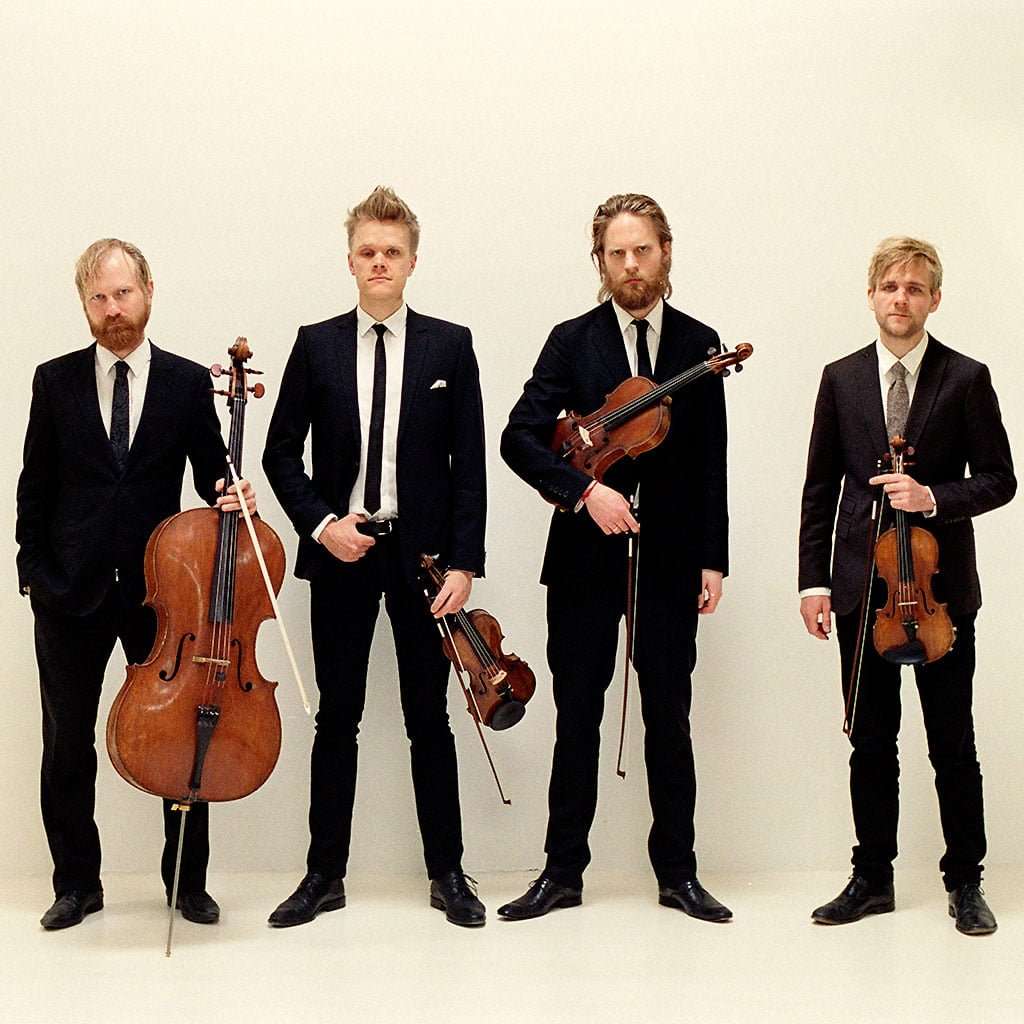 From the moment you arrive at one of Lincoln Center’s Mostly Mozart late-night recitals at the Stanley H. Kaplan Penthouse, you feel like a VIP. You are greeted and thanked for coming. You’re handed a glass of wine. There’s a bottle of sparkling water on your table, and there is a table, as the seating is cabaret-style. The floor-to-ceiling windows reveal a glittering Manhattan skyline.

That’s before you hear a note of music, which here was utterly superb. The Danish String Quartet, four exceptionally handsome and endearing Nordic lads, performed a satisfying program. The centerpiece was Thomas Adès’s Arcadiana, composed in 1994 for the Endellion Quartet. The DSQ fully embraced the shifting moods, outlining the diverse characters in the seven movements. From the undulating waves of the first movement (‘Venezia notturno’) to the laughing motif of the fourth, and the exceptionally delicate fifth (‘L’Embarquement’), all were perfectly synchronized – not just in timing and attack, but also with an innate sense of chemistry. The reading suited the intimate space perfectly; every nuance was apparent, and no gesture needed to be exaggerated.

The players delivered a riveting account of Beethoven’s Grosse Fuge (the original Finale of the B-flat String Quartet, Opus 130), often considered his towering achievement in chamber music. It is dramatic, intense and forward-looking. The DSQ pushed the rhythms hard in the fast sections, resulting in a jaunty, almost rock-and-roll, pulse. With a driving tempo, the ensemble threatened to burst out of control, which only added to the exhilaration.

We had began with an amuse-bouche to this gourmet meal: two Fugues from the second Book of J. S. Bach’s Well-tempered Clavier (the ‘48’) arranged for string quartet by Mozart, music of mathematical perfection and artistic genius. The DSQ gave them a polite, proper and very sweet outing.

The program lasted less than an hour, and so the DSQ graced us with an encore by their landsman, Carl Nielsen: ‘Mit hjerte altid vanker’, a children’s Christmas song, transcribed by the quartet members and given lovingly with beauty and finesse.