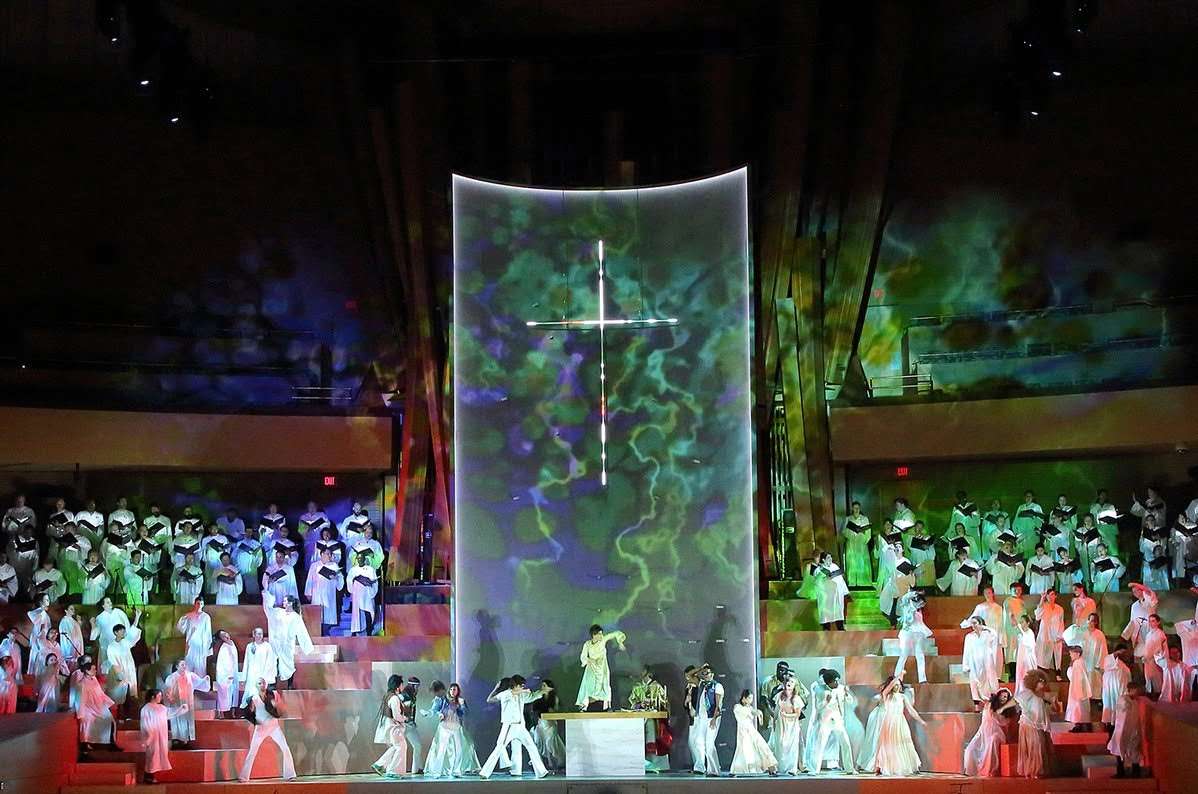 With the cancellation of the Lincoln Center Festival, Mostly Mozart, now in its fifty-second year, has partially filled the void by expanding this summer’s repertoire, adding theater and dance productions to its customary fare, including Leonard Bernstein’s gargantuan Mass, commissioned for the 1971 inauguration of the Kennedy Center in Washington DC, a novel, perplexing treatment of the Tridentine Mass, merging traditional liturgical form with contemporary theater and dance and an exhaustive variety of musical styles and forms.

Conducted by Louis Langrée and featuring over two-hundred participants, the nearly two-hour marathon showcases some of the strengths and many of the flaws of its creator: his ambition, eclecticism, grandiosity, sentimentality, audacity, aversion to self-editing, and obsession with being hip and relevant. Most prominent among Bernstein’s strengths is his songwriting. He was a master melody-maker and the most attractive musical moments in Mass are reminiscent of the best of his work on Broadway. Chief among them is the sublime ‘A Simple Song’, sweetly rendered by Nmon Ford (replacing Davóne Tines) in the central role of the Celebrant, and ‘Thank You’, an ingenuous aria for soprano.

This was a fully-staged performance. The set featured a giant cross, at times draped, at other times lit up in neon, looming over a large white block representing an altar. There were no alterations to this, but mood-changes were effectively indicated by the Seth Reiser’s effective lighting. Langrée kept things flowing smoothly and made the most of the high points, notably the three delicately scored passages called ‘Meditations’.

When Mass premiered, many critics felt it too long. It still feels that way. Bernstein intended his tale – of a charismatic but morally-conflicted religious leader gaining and then losing the support of a suspicious and doubtful congregation clamoring for peace – to be emotionally involving. But even with the highly talented performers as fully engaged as they were here, the piece was often confusing and never more than slightly moving: the vital relationship between the Celebrant and his community was especially vague. Bernstein’s Mass, both dramatically and musically, if with a few exceptions, came across as messy, a hopelessly dated artifact of the Woodstock era.