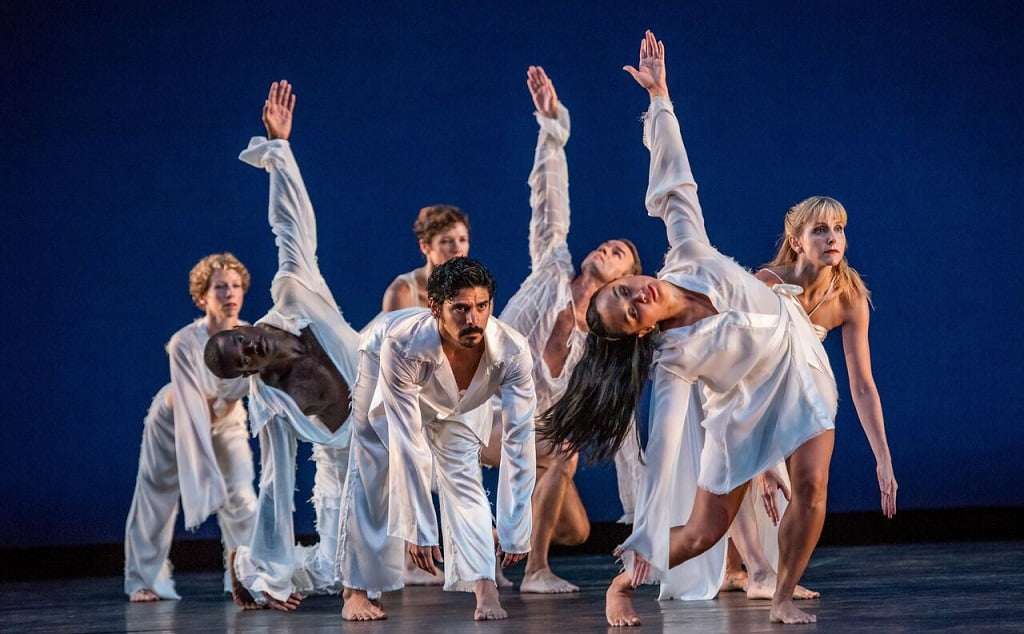 The Mark Morris Dance Group performed three works choreographed by its founder, with varying colors and intensity of lighting set against a plain backdrop. The steps closely follow the music, mirroring its moods, emotions and structure.

Love Song Waltzes is set to Brahms’s first set of Liebeslieder-Walzer. The dancers do not so much depict the poetic texts as express the sentiments they embody, not only the pleasures of love, but also its longings and disappointments. Morris does not limit the waltz to its traditional form, as George Balanchine did in his 1960 setting; only occasionally do the participants perform this ballroom classic as couples, rather as groups of three or more, costumed in red and black, and were marvelous with sweeping arm gestures, lifts and throws, and couples separated physically remain emotionally attached throughout. Singers and pianists from the MMDG Music Ensemble, described as “integral to the Dance Group”, ably brought out the romanticism and humor of Brahms’s settings. 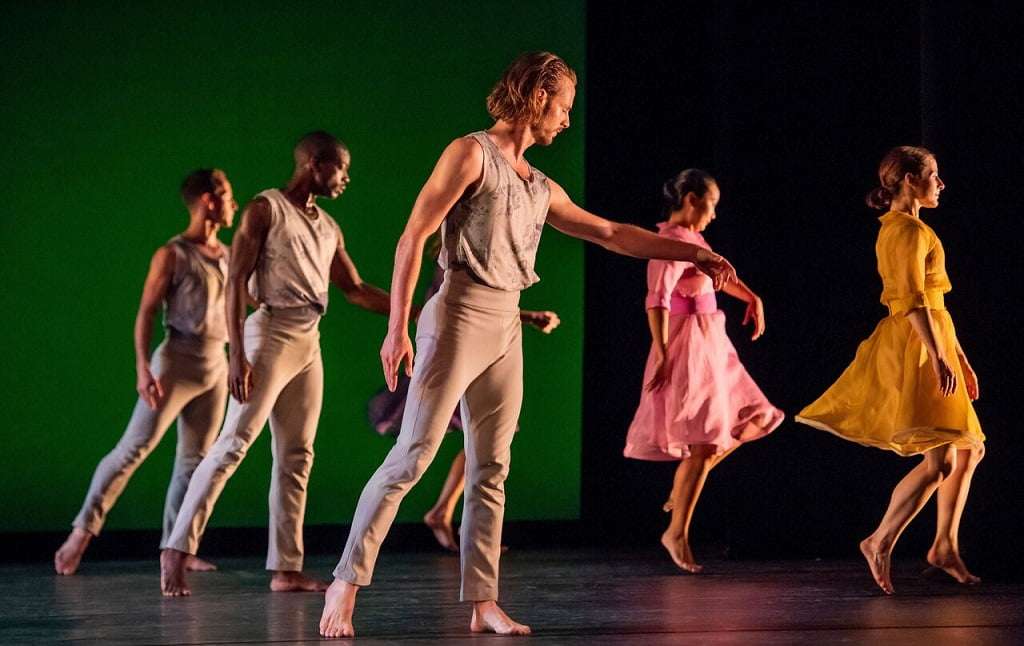 A rather different, but equally excellent, array of voices and instrumentalists accompany the dancers in I Don’t Want to Love, a translation of ‘Non voglio amare’, the first of the seven selected Madrigals by Claudio Monteverdi. The moves mimic the singers’ phrasing, or convey the wit implicit in the words, Morris’s choreography having a narrative quality, enacting the drama of the texts.

Following intermission the premiere of The Trout, inspired by Schubert’s eponymous composition, given a notable reading by Inon Barnatan and friends. Morris’s latest creation is quite enjoyable and well-attuned to the delightful music if less satisfying than the two productions preceding it. As the staging begins women in colorful dresses and men in gray and sleeveless enter and exit, sometimes crossing the stage and sometimes not, as if pedestrians on a busy street. Not until the exposition repeat does exuberant dancing finally break out, but Morris’s choreographic tailoring to reflect the music is least successful in this the first and longest of the five movements: too much repetition. However, this approach fares better in the succeeding movements and comes off best in the Variations on ‘Die Forelle’ (The Trout, Schubert’s song), Morris’s troupe displaying numerous physical reactions. The Finale, suggestive of Gypsy music, brought the evening to a stirring conclusion.