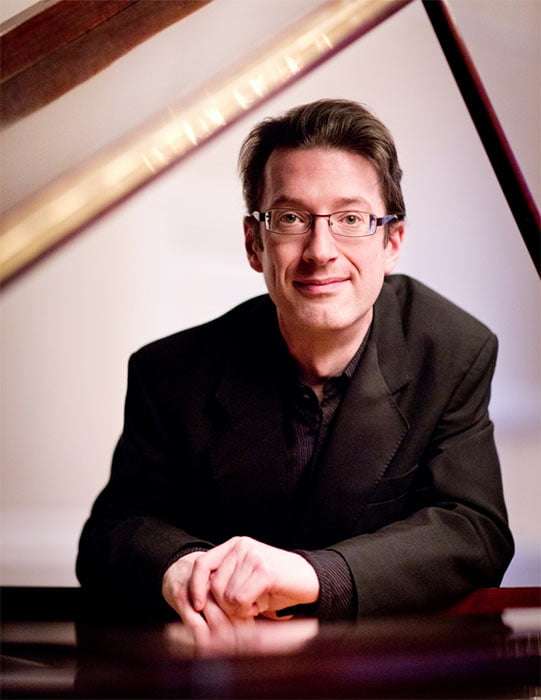 If Classical Source has been regrettably inconsistent in covering Llŷr Williams’s complete cycle of Beethoven’s 32 Piano Sonatas – a three-year project shared between Wigmore Hall and the Royal Welsh College of Music & Drama – there was no way that the mighty ‘Hammerklavier’ could be missed.

Such keen anticipation was not disappointed. This was a majestic and searching account from Williams. The first movement even had a hint of defiance, and added thunder in the bass at the re-start of the exposition. With a tempo geared to lucidity and a 50/50 balance between his hands, Williams might be thought to have underplayed the music’s potential for surging forward but the notes were all there, gleaming, and it seemed that a cast of characters was being introduced; by the end of the movement a troupe had been formed. The Scherzo could have been wittier if not quicker, but there were plenty of brusque collisions.

With the great Adagio Williams entered sublime territory: grand expression, yes, but also a chilly loneliness, the music unfurled over a leisurely if intense time-span of twenty minutes, an erudite conversation developing and, momentarily, breaking out of isolation. Williams’s rapt playing was spellbinding, whereas in the fugal Finale, incredibly complex music, Williams maintained an irrepressible momentum as well as exceptional clarity, easing the speed slightly for those few bars that seem lifted directly from J. S. Bach. Williams, having travelled through lunacy and benediction, ensured that the closing bars were a fully-rounded triumph.

In the recital’s first half, Williams had offered ‘short’ Beethoven, if with no shortage of largesse. From the off the G-major Sonata was perky in its shape, then richly communicative, and finally impish. In the two-movement E-minor work the first movement was over-deliberate yet the proto-Schubertian second flowed beautifully and organically. Each of the Opus 126 Bagatelles is a gem, the slower numbers transporting and the fast Fourth something of a rage (if not over mislaid coinage). Williams had their measure, a consideration between fidelity and imagination, and letter and spirit.

Following the ‘Hammerklavier’ Williams offered two Chopin encores, both Waltzes. Maybe neither was needed after such compelling and big Beethoven. That said, the slower Waltz did manage to bring us down from on-high (and Williams’s punctuation was immaculate), and the second one, without any charges of showmanship, found Williams with all the necessary bravura and fleetness; he was playing with fire.