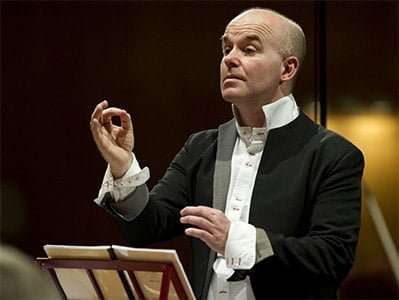 Although Deborah (1733) is one of Handel’s first fully-fledged English oratorios, it is also one of the most boisterous, dramatising the Israelites’ conquest over their Canaanite enemies following their entry into the Promised Land. At this point in his career Handel was still prolifically producing his series of Italian operas, and he transferred his innate theatrical sensibilities to this sacred drama.

Many of the oratorios feature prominent roles for virtuous or pious heroines, but here two women come to the fore whose audacious interventions determine Israel’s fate. The first is Deborah herself, a prophetess who identifies Barak as the leader who will deliver the nation from oppression. Lynda Lee, with a steely edge in her voice, sounded consistently like someone in authority to whom others might well defer, even in an otherwise predominantly patriarchal society.

The second heroine is Jael, a simple country dweller, though in Katherine Watson’s realisation, no less a figure of determination and forcefulness. Once Deborah had prophesied to Jael the divinely-inspired actions which the latter would undertake, Watson developed her role powerfully up to the moment where she recounts her murder of Sisera, the Canaanites’ fearsome general, thereby ensuring the Israelites’ freedom. Watson also took the part of the Israelite Woman. Technically she could not be faulted, but she might have distinguished between the two roles a little more, perhaps by making the Israelite Woman sound more-tender, even anonymous, as she personifies the individual voice of Israel in extolling peace and freedom in fairly abstract terms.

Whether or not it was intended by Handel and his librettist – whose original audiences would have been far more willing to see a dualist division between the Israelites and the Canaanites, paralleling Protestant Britain and Catholic Continental powers – Sisera surely sounds a note of moral equivocation in this narrative, especially to our more sceptical age. He questions the Israelites’ confidence in their God’s glory and righteousness by referring to their current captive state. A clear demarcation between good and evil is not clear, either, because initially he offers to the Israelites peace and mercy, rather than unyielding hostility. As such, Owen Willetts invested the role with a certain mellifluous magnanimity rather than simple repulsive haughtiness, and hence elicited some measure of sympathy.

It was a stroke of genius on Handel’s part to make Barak a countertenor as well as Sisera, raising the dramatic stakes in their altercations in Part Two. Robin Blaze ably drew out Barak’s character as a modest and diffident leader of the Israelites, whilst in the opening scene audibly pondering the destiny disclosed to him by Deborah. His aria ‘How lovely is the blooming fair’ could have been a little more delicate, though, as Blaze certainly has the freshness of voice for that. As his father, Abinoam, Njål Sparbo evinced paternal pride with a big voice, which was perhaps too much for Handel, since he tended to belt out his numbers with considerable weight. Handel adapted a couple of Abinoam’s arias from those for Poliphemus in Acis and Galatea, and Sparbo’s musical mien would have better suited that ungainly giant.

Laurence Cummings maintained considerable and unfailing dramatic momentum throughout the performance, hardly pausing for breath between numbers. The accumulation of excitement and expectation over the course of Part One was impressive, and created a keen sense of anticipation for the confrontation with Sisera when he appeared in Part Two. The choir-members readily responded to this energetic pace, by no means merely commenting on the action, but adding a layer of urgency with their emphatic declamations as a fully integrated part of the action – whether singing as the Israelites or the Priests of Baal. Handel adapted four choruses from the Coronation Anthems: importantly and correctly, Cummings’ direction avoided any ponderous, majestic gravity in these which might have undermined dramatic tension, except in the very final chorus where ceremonial splendour was entirely appropriate. William Whitehead should also be mentioned for his nimble playing on the chamber organ, gilding at least two of the arias. Altogether, then, this was a strong performance of an underrated work.