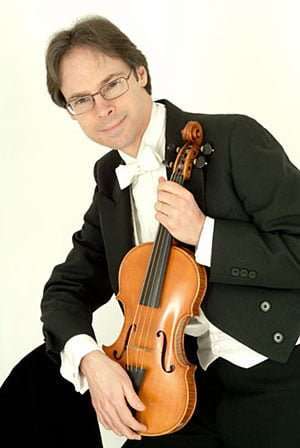 Opening with the Overture to Alexander’s Feast, this concert presented a feast of national styles. Although a ‘French overture’ in form, the style of playing in this first item was perhaps more stout and English, with a full and broad sound from Southbank Sinfonia Baroque, even in the fairly leisurely Allegro. Despite the orchestra’s often changing membership (promising musicians fresh out of various music academies) the performers showed considerable unity of purpose. This, and given they appeared to be playing modern instruments, resulted more often than not in a fullness and brightness of sound – an all too rare occurrence, reminiscent of the English Chamber Orchestra. Adrian Butterfield directed the instrumental items, leading from the violin, though standing at the front rather than among the ensemble.

The Handel was by no means stodgy, but in Rameau’s Overture to his 1733 opera there was a crisper sound, and throughout the Suite’s thirteen movements there was something of a more French character, such as the flutes providing a gilded edge of elegance and refinement. This was also the most colourful sequence of the evening, with horns, drum and piccolos putting in an appearance. The heavy rhythms in ‘Rondeau pour les amours’ stood out in expressing the lovers’ sighs. 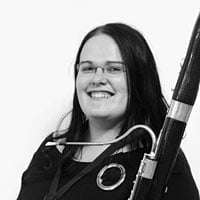 Despite making some headway recently, Jan Dismas Zelenka’s music remains too little known. The Magnificat is not a lengthy setting (its three movements are fairly concise), and despite its sumptuous scoring it could surely be reduced to organ accompaniment to be used in Anglican or Catholic liturgies. In style the music hovers somewhere between the rigorous counterpoint of J. S. Bach and the greater melodic flexibility, even theatricality, represented by the Italianate manner. The fugal ‘Amen’ chorus rises to a glorious swirl of harmony like that in the final chorus of any of Handel’s oratorios. The members of Vox Musica gave this a broad reading. Over them the piccolo trumpets delivered a radiant, incisive tone, while in her solos Bethany Seymour complemented the chorus’s tone in giving a confident account of ‘Et exsultavit spiritus meus’, clearly standing in for the Virgin Mary. In ‘Suscepit Israel’ Tom Verney sang yearningly, as though searching and pleading for God’s mercy.

This Vivaldi Bassoon Concerto has an essentially lyrical first movement, without his typical driving rhythms, though there are dramatic pauses. Despite these facets Susanne Simma’s playing was somewhat understated: she could have had a more humorous way with the wry leaps to point up their contrast with more serious episodes. Her manner was better suited to the minor-key slow movement, but there could also have been more mystery, but no aspersions can be cast on her technique.

Southbank Sinfonia’s inclination to a rounded tone prevented a subtler interplay between light and shade in the Corelli, as also elsewhere. The musicians did not quite capture the intimate and affectionate mood of the slow movements, but it was a pleasure to see their enjoyment of the music, and to hear the contrast in textures between concertino and ripieno as they wove into and out of each other seamlessly like the swell of one wave receding into the trough of another.

In the ‘Utrecht’ Te Deum Vox Musica brought a similar agility in moulding the contrasts between sections for full chorus and those for various combinations of soloists, even if some individual intonation was a little insecure. In ‘To thee all Angels cry aloud’ urgency was successfully instilled, with an intense nasal quality on the part of the countertenor. Singers and players made their greatest impression in creating a bold, opulent sound, though there was quiet and mysterious contrast with the solo flute in ‘We believe that thou shalt come’, and the sombre nature of ‘Vouchsafe, O Lord’, which has a certain similarity to the lament ‘Ruht wohl’ in Bach’s St John Passion.