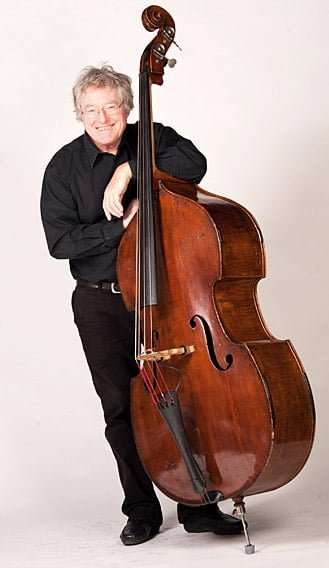 Four years after the 2011 London Jazz Festival’s Blues and the Abstract Truth Revisited, here was another fifty-year homage, this time to Charles Mingus’s 1964 Oslo concert – doubly significant to Arild Andersen who is both a bassist and Norwegian.

Andersen’s sextet steamed through the opening number ‘So Long Eric’, a tune originally written as a temporary farewell to Mingus’s reeds player Eric Dolphy when he quit the band, but tragically prescient with Dolphy’s early death only months later. Holm’s alto solo had some of the slippery atonality of Dolphy while Lønning’s trumpet spat fire, but the outstanding solo was Wettre’s “sheets of sound” tenor saxophone, played with the precision of a well-oiled machine but plenty of feeling too.

The tempo shifted down a few gears for the ballad ‘Orange Was the Color of Her Dress Then Blue Silk’, Holm warming the tonal palette by switching to bass clarinet. The relaxed mood was sustained with an elegant bass solo, Andersen maintaining his poise despite the shrill interruption of a mobile ringtone timed for maximum annoyance.

The band soon reclaimed the hall with two compositions from what is probably Mingus’s most popular album, Mingus Ah Um: first, a rousing rendition of the rumbustious and infectious ‘Better Git it in Your Soul’, complete with the original’s stop-time handclaps under a saxophone solo, swiftly followed by the jaunty ‘Fables of Faubus’.

Next, another steeplechaser with Mingus’s contender for tune with the longest title, ‘All The Things You Could Be By Now If Sigmund Freud’s Wife Was Your Mother’ with a cracking tenor sax solo (full of fluttering arpeggios, double tonguing and rapid bop phrases) and another Dolphy-esque alto solo. Then back to Mingus Ah Um with the beautiful ballad ‘Goodbye Pork Pie Hat’ – a tune dedicated to another dead saxophonist, Lester Young, but which Wettre stamped with his own personality.

The finisher was Billy Strayhorn’s classic ‘Take the A Train’, which Mingus’s band performed at the Oslo concert. A bluesy piano solo contrasted effectively with a lovely duet when both saxophonists switched to bass clarinet. And the encore? Straight back into ‘Take the A Train’, as smoothly as if the train had never stopped.