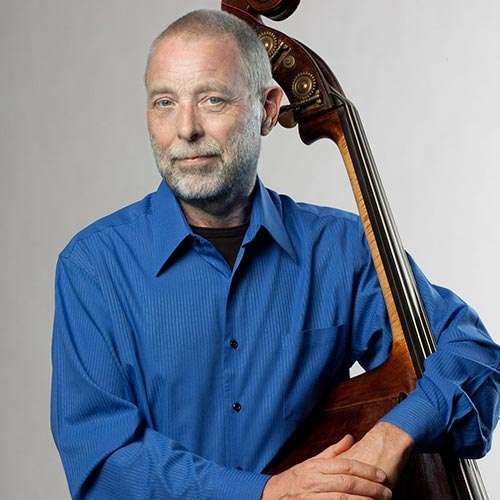 A game of two halves, this one, the classical/jazz/experimental piano trio introspection of the support act being very different from the superstar extraversion of the main one, Aziza. The Elliot Galvin Trio’s short set ranged from chamber jazz, to the tripping-over-its-shoelaces rhythm of the self-penned ‘Hurdy-Gurdy’, to ‘Mack the Knife’ reinterpreted as an exhausted funereal march dedicated to Donald Trump’s recent election as US President, complete with bells redolent of a child’s music box (lost innocence, perhaps?).

Some elements were less successful than others. The nasal whine of the melodica Galvin played on one number is a taste most people never acquire, even more so when two of the things are piped together liked twinned nostrils. But there was enough musicality and talent (and audience engagement, when we were invited to whistle along to the final number) to suggest that this trio will blossom.

For the main act, why “Aziza” and not ‘The Dave Holland Quartet’? The order of the listing suggests Holland was the main draw with tenor-saxophonist Chris Potter a close second, and several of the compositions had Holland’s musical fingerprints all over them. It was hard to know who’d written what, though, as the tunes went through several moods and styles, and Holland’s opening speech essentially said, ‘See you at the end of the journey’. Only towards the end were we made privy to the fact that Eric Harland composed one number and Lionel Loueke another, which could explain the no-one-leader band name.

Ah, the perils of the superstar group. Some passages rolled past like a long motorway drive: pedal to the floor, stick on cruise control, and take the fifth exit. And I felt like the kid on the back seat whining, “Are we nearly there?”. If only they’d always chosen the first exit instead and taken the scenic route, because there were many moments of pure delight: Holland can never put a note wrong, Harland’s drumming is as fine as filigree, and I’d quite happily have unpacked my picnic to spend more time with Potter’s gorgeous polychromatic sax solo; or with Loueke’s soft vocals and gentle guitar, on a tune that sounded like a lullaby from his native Benin before it descended into a noisy, overblown riff-fest. Musicians of this calibre can never play wrong notes, but without self-control they can play boring ones. Holland has quoted Sam Rivers and said, “Don’t leave anything out – play all of it.” Not always, Dave.