Beethoven
Piano Concerto No.5 in E flat, Op.73 (Emperor)
Overture to Coriolan
Symphony No.4 in B flat, Op.60 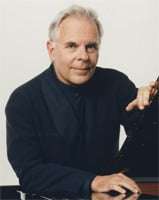 This concert was evocative of John Osborne’s “The Entertainer”. The grim nihilism of that play’s inflation of former glories, and the sense of Variety having died along with its anti-hero’s ambition, was captured in a rare moment of worthlessness by the orchestra, pianist, conductor and, sadly, the music, which was left sounding worn, unloved and irrelevant. The greatest shock of the evening was not that some of Beethoven’s finest works might be left vulnerable through performance – as is all too common – but that it should have been rendered so by Stephen Kovacevich in the third programme of his London Mozart Players Beethoven symphony and piano concerto cycle.

Kovacevich is recovering from illness – and would have conducted, too – but this is no excuse for stoicism; the audience has paid to see and hear a musician, not to witness an apologia for ennui sustained implicitly by former glories. He should have cancelled. There are enough pianists around for a replacement to have been found, but Kovacevich chose to battle on and left the ‘Emperor’ exposed to a thrashing. His increasing resemblance to Glenn Gould – at least by reference to his grunting and humming and his preference for having the stool only a few inches off the ground – did not extend to comparisons between their playing, either in style or execution. He appeared to have something personal against the instrument, and hammered his way through the opening Allegro with an ugly disregard for the music’s poetry. Those moments of repose for which the first movement is so remarkable were alone in enjoying anything approximating a musical touch, while the concertante passages endured a pounding.

The playing of wrong notes – of which there were many – is rarely a problem when the performer is attempting something interesting, but Kovacevich appeared bored, and sounded angry. Rather than appealing to an old-fashioned aesthetic, as if by reference to the mature playing styles of Richter or Ogdon such an approach might be validated, Kovacevich’s performance was redolent instead of the worst excesses of the late 20th-century Russian appetite for piano-killers. So gifted a performer owes his reputation as an artist of intelligence and reflection a great deal more. It is one thing to phone-in a performance, it is another to do so only to hang up.

The conducting of Christoph König did not assist him. He appeared to revel in his normalcy, and seemed unaware that nothing different would have happened had he not been there. His gestures to the players – many of them in front of the beat – went ignored, and whenever the music sat up and begged for intervention he continued either to beat time or shape phrases that remained doggedly amorphous. His dramatic attempts to encourage subito pianos from the orchestra resulted in minor increases in volume. The slow movement of the ‘Emperor’ was particularly ghastly, sliding off the page and into a warm bath of malt. It was an agonisingly slow and sentimental reading, one not improved by Kovacevich’s ham-fisted compensations for memory losses. The last movement was punctuated by episodes of bravura, but this was simply the music fighting back.

The rest of the programme – Coriolan and the Fourth Symphony – suffered more of the same. The players looked depressed and played with an almost studied lack of engagement. At no point did the orchestra’s playing appear influenced by König’s movements; despite the fact that this well-known music screams out for interpretation, and rewards an infinity of invention, the performance settled for the routine, predictable and commonplace. Such concerts make classical music seem redundant, rendering the pathology of Osborne’s homage to lost cultures and abandoned ambitions as relevant now as when “The Entertainer” was first staged in the late-1950s.