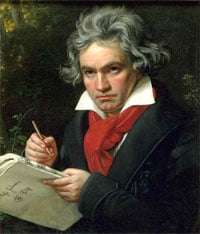 The last concert in a Beethoven Cycle by the London Mozart Players that encompassed the complete piano concertos and symphonies. Stephen Kovacevich is, of course, recognised as one of the finest pianists and has been making the transition to conducting. This concert suggested that his conducting does not match his pianism. Maybe there was a lack of rehearsal or maybe the players could not follow his beat – but what was heard was flawed. The musicality of Kovacevich’s approach bubbled away underneath the surface of the music, but the barriers of poor playing and/or the conductor’s inability to communicate to the musicians what he wanted never allowed his intentions to bear fruit.

The Overture to “Fidelio” was characterised by amateurish-sounding brass, particularly the horns. There were many wrong notes. Kovacevich’s approach was fierce and the orchestral tuttis were fine, but the lack of competence in conjuring subtlety from the players left the piece emotionally blank.

“Ah! Perfido” has a ‘middle-period’ opus-number but is an early work; Beethoven was 26 at the time of its composition. It received an ‘operatic’ treatment that missed entirely the delicacy present in parts of the setting. Rebecca Nash, on this hearing, sang words whose meaning was in direct contradiction. Even such loaded lines as “Ah, crudel! Tu vuio ch’io mora!” (O cruel one! You want me to die!) were bereft of feeling. Towards the end, a sense of pleading and true emotional contact with the music became apparent although the orchestra could not achieve such grace.

To hear Beethoven’s mighty Ninth Symphony at such close quarters as one can do in Cadogan Hall provided an interesting experience: it allows the ears to pick out much more of the orchestral detail, aided by the reduced forces. But, again, the quality of the playing was risible in places, with the opening movement suffering from some egregious losses in ensemble and much was just too loud, or muddy, the woodwinds failing to manage anything approaching piano. The timpanist, however, contributed much that was fine and well-balanced. 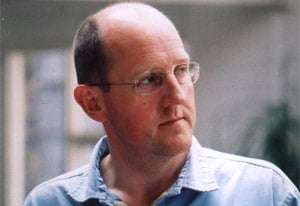 Much more ‘together’ was the scherzo, in which Kovacevich seemed visibly more comfortable, yet the following slow movement was nervy. Tempo changes were abrupt, demonstrative of a lack of line, blurring the vision of the music. Some aching strings salvaged the close, though.

The finale’s ‘Ode to Joy’ theme was overtly announced, which was a shame, brass continuing to have problems. When the excellent Alastair Miles sang “O Freunde, nicht diese Töne” (Oh friends, no more these sounds…) one felt that the vehemence in his voice could have been directed at the playing. The other soloists matched Miles, interacting well as a quartet, though Carolyn Dobbin weakened towards the end. The Choir was in fresh voice, but the upper registers were a struggle. Somehow they stayed together to produce an uplifting close despite what had gone before. In the final analysis, the musical interpretation was good but the performance was poor.