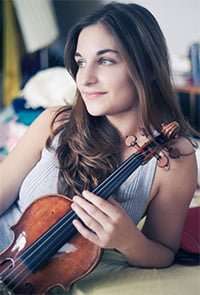 This lunchtime concert was given under the auspices of London Music Masters, a charitable organisation that seeks to provide opportunity, diversity and excellence in classical music. Every three years it bestows three awards to violinists between the ages of 18 and 28, with a view firmly on their potential. A considerable benefit for each of the three winners is a recital each at Wigmore Hall, and the series began with BBC Radio 3 New Generation Artist Alexandra Soumm. 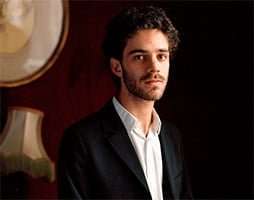 Soumm and Adam Laloum chose an attractive programme, which opened with the bright tones of Grieg’s G major Sonata, a youthful work, written when the composer was 24, it brims with energy and melodic ideas. Soumm’s bold tone ensured these were fully projected. There are a number of quirks to Grieg’s writing, such as the sombre, minor-key introduction, given with bowed head by Laloum, but Soumm exploded into life once it had finished. This was a performance of high spirits, though the songful second movement was mindful of a darker melancholy, before a bright and positive Allegro, its ‘animato’ wholesomely observed.

Soumm’s tone, sparkling and sweet-natured in the Grieg, was at times too full-bodied for the intricacies of Prokofiev’s Five Melodies. Originally written in 1920 for the soprano Nina Kochitz, these pieces transcribe effortlessly for violin as arranged by the composer five years later. When the instrument is muted the spidery figuration of the first piece in particular gives an eerie effect. Soumm was alive to this particular sound, while elsewhere the duo successfully brought out the sudden moments of intense reflection that Prokofiev writes alongside more broadly lyrical statements. The charm of the fourth piece was wary of these contrasts, and despite a few passages of over-projection this was a poised and closely observed account.

Richard Strauss’s Violin Sonata proved the ideal piece for these two musicians, full of youthful exuberance and passion. The piano has a crucial part to play here, with quasi-orchestral scoring that needs to be played without dominating the violin. Laloum got this balance absolutely right, fully in control of even the most difficult incidences of virtuosity in the finale, while it was he that successfully held back in the second movement ‘Improvisation’, giving some much needed respite from the fireworks elsewhere. Both players clearly enjoyed this piece, smiling a lot as they performed, and both relished its blend of virtuosity and unadulterated romance, while making room for some pleasing references to the soon-to-be-published Till Eulenspiegel’s Merry Pranks, which scurried about in the finale, the music surging forward irrepressibly.