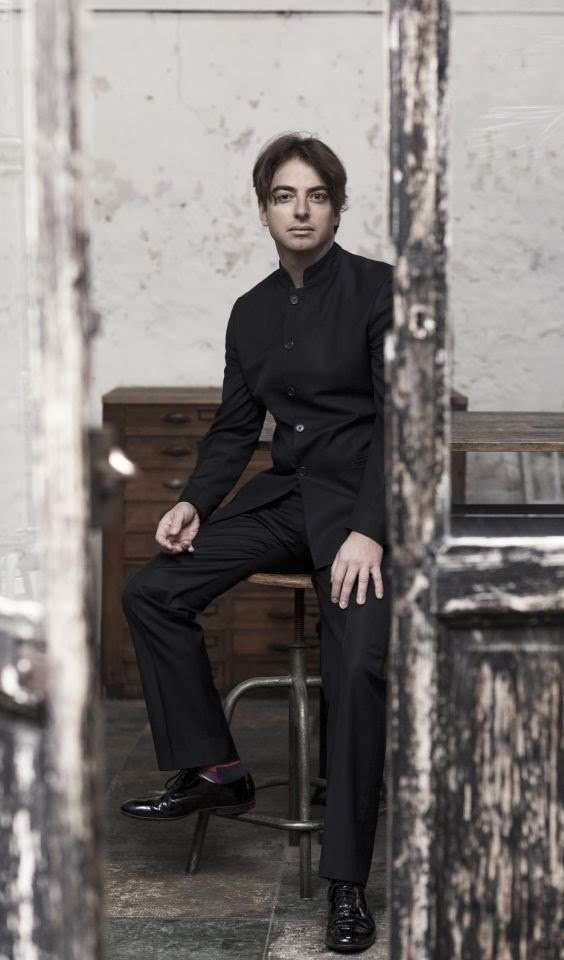 Given its penchant for titles I wondered whether the LPO should have gone with “Sacred and Profane” for this programme, instead of the more cumbersome “Life, Death and Shameless Excess”. But whatever the publicity tag, this concert continued the orchestra’s innovative strand of combining works: here twentieth-century choral pieces setting medieval texts in Latin and/or German, with a religious connection, even if the only real connection Carl Orff’s Carmina Burana texts have to the spiritual is due to the monastic collection from which came the sometimes-bawdy lyrics.

But we started in the realm of the sacred – a product of Poulenc’s return to his Catholic faith that had been rekindled in 1936, the year before Orff composed Carmina Burana, after the death of a fellow composer. A series of religious works followed, and it was a death of another, the artist Christian Bérard in February 1949, that was the impetus for Stabat Mater. A typically fleet setting (as compared to the almost twice-as-long Rossini, let alone even-longer Dvořák); Poulenc’s is sombre and austere, opening with a dragging pulse. It is distinctly French in a refined sort of way, here authentically presented by Jérémie Rhorer. Soprano de jour Louise Alder added lustre to three movements, while the London Philharmonic Choir bore the brunt of the composer’s exacting word setting. The LPO relished Poulenc’s harmonic piquancy, too.

I am definitely on the side of loving Carmina Burana – that most ‘Marmite’ of works. A surprisingly small number of stripy-jacketed Tiffin Boys’ Choir members squeezed between altos and tenors. Of the soloists, only Simon Keenlyside was present throughout. Louise Alder sneaked back to sit by the percussion before moving forward, while Toby Spence entered and exited only for his ‘roasted swan’ aria.

With admirable diction the LPC negotiated Orff’s tongue-twisting, short-lined lyrics with aplomb and precise consonants – the tenors and basses throwing off the difficulty of the climax of Part Two, the drinking song, with extravagant ease. If that was not impressive enough, the orchestra relished Rhorer’s enthusiastic direction (the tambourine a bit too much), Orff’s pungent orchestrations and rhythmic vitality jumping off the page.

Keenlyside, tie-less but waist-coated as well as jacketed, looked rather restless when seated, but was completely involved when singing, whether the height of lyricism in the paean to Spring and Love, or bitter with anger, or with drink-addled bravado. Spence was stentorian as the swan and Alder floated exquisitely throughout the third part, Court of Love. Biding their time the Tiffin Boys’ Choir sang lustily lyrics they should not really be exposed to at their age. Rhorer opted for short pauses between individual numbers, confounding my expectations for seamless propulsion, but that’s a mere quibble in what was a thrilling performance.

In the excitement the LP Choir was forgotten in some of the curtain calls – all credit to the sopranos for encouraging the boys to stand, and later for the whole Choir to take independent action to join the final call after Rhorer had only indicated the orchestra to stand.