Debussy’s piano music cannot help but raise strong orchestral expectations, but it’s always surprising that the sublimely evanescent originals retain their expressive integrity. So it says a great deal about Colin Matthews’s exquisitely tuned ear that these three orchestrations managed to tread the fine line between homage and appropriation. Try some of the Stokowski arrangements or, say, Elgar’s orchestration of Bach’s C minor organ Fantasia to hear how the process goes a stage further into reinvention. Catching the full blast of the current dreary cold weather, the limited palette of greys and the mournful tread of footsteps in the snow was beautifully spare and half-lit, and with the halting saxophone hint of melody sounded closest to the spirit of Debussy. ‘La cathédrale engloutie’ has more obvious possibilities in terms of colour and distance, and Matthews’s realisation is all the more powerful for being so restrained. From the first sounds of the tonally subliminal opening, it conjured with the penumbral world of “Pelléas et Mélisande”, but with its discreet tam-tam splashes and reined-in brass, in the end it sounded closer to the Bax of Tintagel, although just as visionary. Feux d’artifice dazzled with Russian-style vividness, an impressively virtuoso showpiece, brilliantly realised by the LPO. 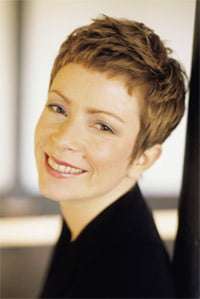 Britten’s “Les illuminations” was written with the soprano voice in mind, although the composer intended the cycle also to be sung by a tenor (and recorded it with Peter Pears). I’m at a bit of a disadvantage, since I prefer the tenor version – the voice is more of a contrast with the string orchestra, the longest song, ‘Being Beauteous‘, has, it seems to me, a more erotic charge when sung by a man, and there is a declamatory element to some of the songs that projects better from a tenor. Also, even if Rimbaud’s vivid poems flash by, they are still the reason for this extraordinarily brilliant work by a freakily precocious young composer. Christine Schäfer has done some great things, including a defining Lulu, but words were not much of a consideration in her lacklustre performance, in which caution was all too evident. At least Jurowski and the athletic LPO strings were on hand to catch the contrasting, fleeting moods Britten was aiming at.

The fact that Christine Schäfer sang ‘Das himmlische Leben’ from memory might have suggested a more spontaneous, more projected performance of the finale of Mahler’s Fourth Symphony. But “the happy, childlike manner” Mahler asks for was a long way from Schäfer’s uninvolved, rather severe delivery. Also, her entry onto the platform was badly stage-managed, disturbing the rapt mood of Jurowski’s dream-like reading of the slow movement, superbly played and which had been graced by a sense of accumulative power, with the radiant summation sounding both inevitable and surprising. Jurowski’s way with this deceptively simple, relatively modest-scaled work, full of oddities and paradoxes, found full expression in his unfolding of the delights and mysteries of the first movement, and his sense of pace and perspective in the scherzo never faltered.