Vladimir Jurowski has proved a perceptive interpreter of Czech music, and here with the London Philharmonic was an ambitious programme which featured a piano concerto only now coming in from the cold and a symphonic work that can lay claim to being its composer’s masterpiece.

Although the deriving of suites from Janáček’s operas has become something of an industry in recent years, that from The Cunning Little Vixen (arranged by Václav Talich before being revised by Václav Smetáček and latterly Sir Charles Mackerras) for long remained the only one commonly in use and must have introduced many to this deftest yet likely most-profound of all his operas. Essentially the first Act with minor excisions, its two sections reflect the drama’s furtive anticipation then headlong action as the woodland creatures assume centre-stage. A few lapses in ensemble hardly detracted from the delights of the music and music-making. 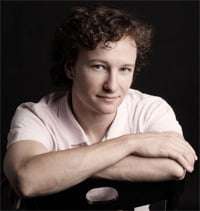 Time was when Dvořák’s Piano Concerto (1876) barely featured in concert programmes and even then in an edition by Wilém Kurz that recast the solo part more conventionally between the hands. Yet the piano writing, while nominally unidiomatic (not least compared to that in the composer’s chamber and solo output), only rarely sounds awkward in its relationship to an orchestration among Dvořák’s lightest and most understated. Certainly Martin Helmchen (following such exponents as András Schiff and Pierre-Laurent Aimard) had few evident qualms, his incisive touch exuding clarity yet without risk of seeming lightweight or inconsequential.

Although often referred to as Brahmsian, the concerto looks back to a previous age in the early-Romantic aura of its themes and their evolution. The present account had the measure of a lengthy though never discursive opening movement in an almost constant state of evolution (not least in its brief yet vital cadenza), while the Andante’s wistful charm was not without expressive intensification towards the climax. If this movement is the most subtle melodically, then the finale is the most vital rhythmically – Helmchen maintaining a forward impetus as galvanised this sonata-rondo through its discreetly varied episodes on the way to a decisive close.

One commonly regarded as a purveyor of lighter and ingratiating music, Josef Suk has latterly been seen in a radically different light since the major symphonic works of his maturity came to prominence outside Czech-speaking territories. While Asrael (a symphony) has proved his most immediately communicative such piece, Ripening (1917) is surely Suk’s greatest achievement: five years in the making, what is most often designated a symphonic poem is in fact a one-movement symphony which, in its amalgamation of an extended sonata movement with slow movement and scherzo, follows on from the formal innovations of Schoenberg during the previous decade. Here, though, the trajectory is enhanced to take in a fugal reprise of vast energy and a coda during which the thematic components are not so much reconciled as reduced to an elemental simplicity that squares the tonal circle with breathtaking poise: a triumph of expressive intuition over formal ingenuity.

Compared to his fine if slightly tentative account of Asrael a couple of seasons ago, Jurowski gave a performance of Ripening that left little to be desired. At around 38 minutes, this was a reading more along the lines of Karel Ančerl than Václav Talich in its rhythmic alacrity and forward momentum. Just occasionally one would have liked to savour a little more of the music’s intricate detail and fastidious instrumentation (in which respect this work is equalled only by Enescu’s contemporaneous Second Symphony), yet Jurowski’s skill in keeping the vast orchestral apparatus in motion was impressively in evidence – not least at the climax in which the ‘motto’ theme is borne aloft on eight trumpets before subsiding into the ruminative depths from which the piece emerged; the women of the London Philharmonic Choir adding their sensuous vocalise. Maybe the final bars could have lingered longer, but there was no doubting their emotional finality.

A committed and convincing performance, then, of a work which has waited eighteen years since its last London hearing (but which has only three weeks to go for its next one courtesy of the BBC Symphony Orchestra). Hopefully this LPO performance of Ripening will soon make its way onto the orchestra’s label and Jurowski will revive the piece.