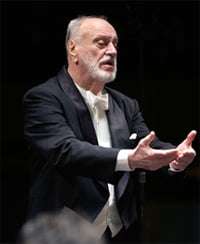 There was much evident affection and admiration from both the sell-out audience and the members of the London Philharmonic Orchestra for Kurt Masur. Not just because he has recently turned 85 (conductors are noted for their longevity, after all, and London is currently or soon to be blessed with visits from Dohnányi, Skrowaczewski, Haitink and Maazel, if leaving Colin Davis unfortunately hors de combat at present), but more because he is indomitable and remains a musical force. Masur has become noticeably frail in recent years and has just let it be known that he is suffering from Parkinson’s disease; and, furthermore, in April he had a nasty fall from the podium in Paris while conducting Tchaikovsky’s ‘Pathétique’ Symphony, from which he survived without too much injury and is now gamely sticking to his schedule. The London Philharmonic had enlisted Andrew Gourlay as assistant conductor ‘just in case’ (and credited him in the programme), but he wasn’t required, for Masur took all the rehearsals.

On the eve of Sir Georg Solti’s centenary (also closely associated with the London Philharmonic, of course), Masur opened this concert with his beloved Mendelssohn, the wonderful Overture that he wrote for the Leipzig Theatrical Pension Fund’s production of Victor Hugo’s melodrama Ruy Blas (of “doomed passions, mistaken identities, scheming villains and vows of revenge”), a play that the composer apparently detested and who thus wrote his introduction to it purely for charitable purposes and in a manner that might be thought against its subject, so noble and pulsing with good life and glorious melody is it, something that Masur and the LPO laid out with certainty and generosity.

Robert Schumann’s introspective Cello Concerto found Alban Gerhardt in slightly less than pristine form on occasions but with no lack of vibrancy and depth of feeling. This Classically concise work with a discreet if Romantic heart needs no pushing or gushing; Gerhardt and Masur didn’t intrude upon it, allowing the lovely melodies to expand and confide naturally, Gerhardt especially tender in the central ‘slow’ movement and adopting a relaxed but confident gait for the finale, the cellist content to essay Schumann’s modest cadenza (others have unnecessarily extended it).

Masur had conducted the Schumann with minimal gestures, the tactful accompaniment always complementary to Gerhardt’s discretion. The ear was aware of a close musical rapport. The two men hugged at the end of the performance, and Gerhardt came back after the interval to sit at the back desk of the LPO’s cellos for the Beethoven – he was the unnamed eleventh cellist! It was a night of reminiscence – for Solti, to whom this concert was dedicated – and for reunions, not just for Masur returning to the LPO but it was also nice to see timpanist Russell Jordan revisit his former orchestra, now as Guest Principal; he has been hidden in the pit of the Royal Opera House for a decade and more.

Masur conducted framed within a sturdy wooden enclosure with a thick rail across the back of it – the lack of one was literally his downfall in Paris – and he now eschews a raised platform but resists a chair, although quite why the bottom part of this structure was draped in black cloth is a mystery. What was there to hide? Nothing. And surely the colour could have been less funereal and forlorn-looking? 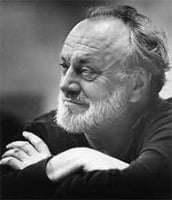 At least the Beethoven was uplifting, an excellent ‘old school’ performance of the Seventh; weighty, imposing and shapely, with measured tempos throughout. If Masur’s repeat scheme seemed lopsided – the first movement without, the scherzo and finale ‘complete’ in this respect – it was totally convincing. And if horns and trumpets were not always in finest fettle, the opening Vivace (following a deliberate but lilting Poco sostenuto) was like a coiled up spring and the playing was devoted; no need to rush, there’s expression within those notes. The Allegretto was with definite tread and humane largesse, the fugal episode touched in with myriad dynamics and inflexions. How good to hear the scherzo given with balletic grace, a temperate tempo convincing in itself and for allowing the trio to enter without ponderousness … and straight into the finale, again given with time on its side for lucid articulation. Towards the end Masur issued an exhorting shout, a bark that any self-respecting Sergeant Major would have been proud of, which increased the voltage but not the speed.

If this performance was neither surprising nor revealing – save for reminding that Beethoven’s music doesn’t have to be taken fast or rushed off its feet to be exciting, or pared down in personnel, or nasal-sounding, or undernourished in tone – it was certainly inspiring and entered our hearts and minds with much gratification. The reception was of much cheering and standing. At one exit Masur left the platform arm in arm with Jeongmin Kim (principal, second violins) and, having returned, when he left again this time it was with Susanne Beer (co-principal cellist). He had a spring in his step! Masur now goes to Paris for a Brahms concert, then conducts more Brahms over two weeks in New York, and finally this year heads to the Dresden Philharmonic for a complete Beethoven symphony cycle. Yes, indomitable.