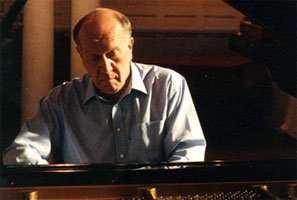 Starting a concert ‘cold’ with a concerto is very unsatisfying – so the lengthy orchestral exposition that begins Beethoven’s C major Piano Concerto served well enough as the ‘overture’, especially in this majestic and lyrical presentation that held much promise and was tailor-made for John Lill’s superbly focussed and poised account of the solo part, one notable for revealing the articulation available when the chosen tempos give time to shape and explore and to bind elements into a cohesive whole. Lill’s dynamic contrasts were acutely observed, not least some below-pianissimo ‘accompanying’ that gave the orchestra the lead, the woodwind soloists taking their opportunities with relish.

Lill opted for the least-played of Beethoven’s three cadenzas for the first movement, the one that is mid-length between the extremes of the others; it is also incomplete and Lill’s additions to it made it all of a piece. With a Largo that unfolded in deep and reflective ‘song’ (Nicholas Carpenter providing sensitive clarinet rejoinders) and a finale that had brio, sparkle and no shyness of ‘swing’, this was a performance born of strength and wisdom – very Beethoven! 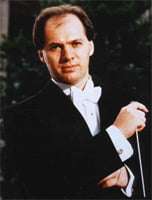 If Roberto Minczuk proved a sympathetic accompanist, his conducting of Rachmaninov’s Symphony No.2 was more problematical. As a post-Ormandy, like-Previn account, and as such indistinguishable from so many other ‘Rach 2s’, it will have done OK. But it was also overly-familiar in terms of the (anyway-questionable) fluctuations of pace that give the impression that Rachmaninov was contriving every gesture and wearing his heart gratuitously on his sleeve. There was nothing here that was subtle, noble or deep.

Minczuk’s big-screen account – another miscalculation – consisted of deafening climaxes disfigured by too-loud and coarse-sounding brass and the spotlighting of subsidiary detail (the horns’ gurgles lost their appeal very early on!) and which distracted from the ‘main business’. Although the LPO brought unanimity and conviction, it was a shame that the hard-working string-players couldn’t be more clearly heard, such was the tumult from brass and percussion (the here-sectional finale had the hardest-hit glockenspiel I have ever heard: no more than metal being struck loudly) and too many figurations in the violins could be seen but not properly heard. Furthermore, Minczuk – not alone, unfortunately – added an unsolicited timpani thwack to the first movement’s final note and covered Rachmaninov’s imaginative use of ‘just’ double basses (and the LPO now sports ten of these). Blood-boiling time!

There were some arresting moments – the pensive and dark slow introduction, the ‘epic’ climax to the first movement and the opening measures of the Adagio – once again distinguished by Carpenter’s clarinet (even though Robert Hill was credited as Principal for the evening, and Patrick Harrild from the London Symphony Orchestra was playing tuba but not mentioned) – yet, overall, there was little in terms of tonal variety and too often the worked dragged (the closing bars of the first-movement exposition, for example, which was thankfully not repeated) and, frankly, seemed to need cutting … which, of course, it was in the ‘old days’.

Recorded examples by Nikolai Sokoloff (I assume his to be the first recording of ‘Rach 2’, made in 1928 with the Cleveland Orchestra), Alfred Wallenstein, Nikolai Golovanov and – more recently – Mikhail Pletnev and Paavo Järvi distil a more convincing way of shaping and developing Rachmaninov’s very personal brand of Slavic intensity: integrated, structured, artlessly flowing, fantastical and nothing to do with Hollywood. From Minczuk, Rachmaninov’s great (but not greatest) symphony sounded ‘off the peg’ and crudely bombastic.