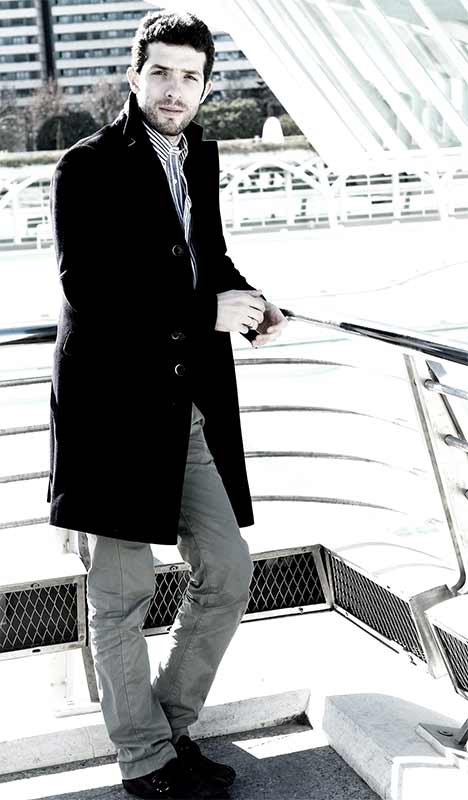 This week has seen the LPO stepping out with its Glyndebourne connections, first with the opera house’s music director Robin Ticciati and in this concert with Omer Meir Wellber, who went down very well in his Sussex debut last year (in Eugene Onegin). This was Wellber’s ‘official’ LPO debut in a programme originally designed for the now-late Rafael Frühbeck de Burgos.

The 34-year-old Wellber has a flourishing career in mainland Europe, predominantly in Germany, and through musical and medical organisations works hard for humanitarian concerns in his native Israel.To judge from the Debussy, his ear was filtering the score’s super-abundant range of nuance and colour on the back of a clear-sighted appreciation of the piece’s evocation of languor, surges of sensual arousal, then more languor. It was a slow-release Viagra performance, balletic and sophisticated enough to hint at the faun’s feral reality. Lovely solos from flute and horn and a multi-layered exposition of orchestral shadows only added to a complete expression of this big if short work’s mystery.

The New York-based, German-born, Italian-raised violinist Augustin Hadelich was also making his LPO introduction, in Lalo’s Symphonie espagnole, which used to be programmed much more frequently. More a suite of five movements (the fourth occasionally used to be omitted) with violin obbligato than either a symphony or a concerto, it’s a work that takes a northern, slightly patronising take on all that quaint olé stuff going on south of the Pyrenees and which doesn’t get near the depth of Carmen, for example. Hadelich, though, geared his 1723 Stradivarius’s sweet tone to seductive ends, and I was completely absorbed in his playing, which dug sinuously into the fierce dances and indolent harmonic sighs of the Spanish soul as viewed through Gallic-tinted glasses. It was worth going to the concert just to witness his clever tuning of the octaves in the fourth movement and the alternating pizzicatos and trills that bring the finale to a close. Wellber partnered him magnificently, his deft exaggerations of pace, rhythm and rubato staying just this side of caricature. Interestingly, though, Hadelich’s intense brand of engagement and phenomenal, refined technique really hit the bull’s-eye in his glittering encore, Paganini’s Caprice No.5 in A minor, marked Agitato. 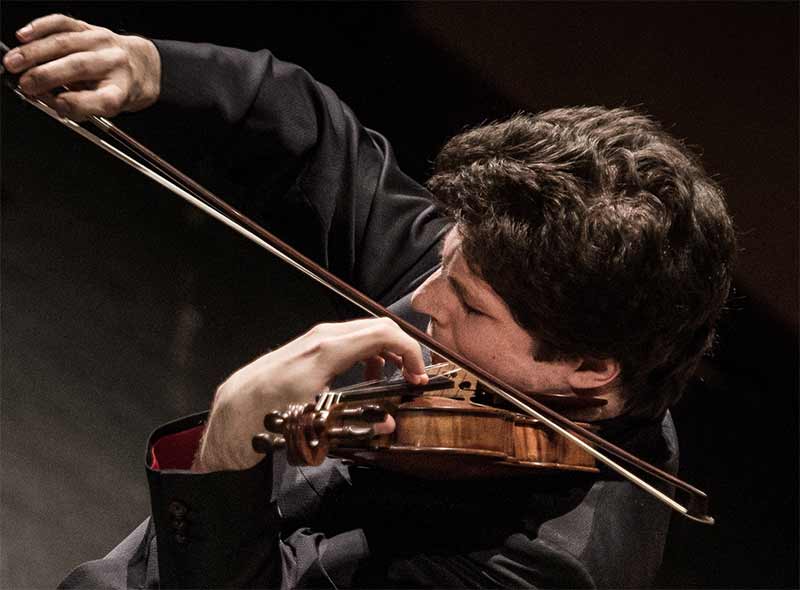 Wellber’s athletic, physical conducting – animated crouching and pouncing, dramatic eye-contact with sections of the orchestra, brilliantly sculpted phrasing – came into its own in Brahms’s First Symphony, conducted from memory, in a performance of manifest nervous energy and decisive structural overview. The LPO’s sound was similarly lean and on the edge, with those moments of expansiveness the more valued for their comparative rarity. The austere Bachian opening narrowed its focus into a tightly controlled first movement. The more relaxed inner ones made you realise how fiercely argued this Symphony can be, and Wellber’s reintroduction of echoes of anxiety at the beginning of the finale was masterly. It instantly marked out the music’s trajectory from darkness to light, making the closing bars a truly thrilling achievement.