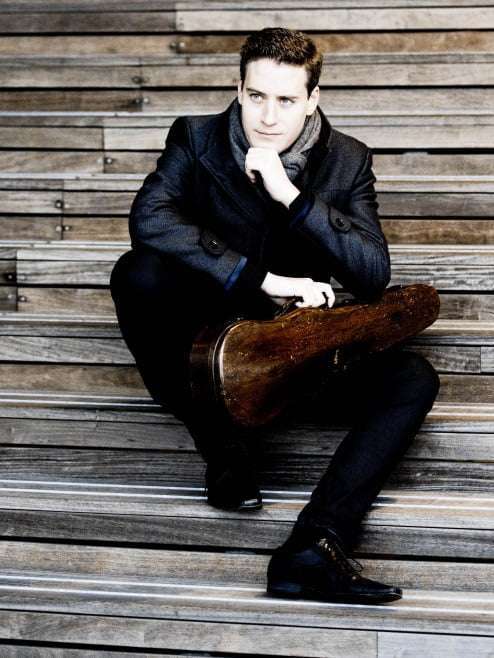 A pleasantly-balanced concert, this, which – whilst not greatly stretching the intellectual capabilities of any conductor – contained sufficient breadth to trip up the unwary interpreter.

Two 24-carat masterpieces bookended the evening, with the first and third works ostensibly giving a nod to this year’s Shakespeare commemorations, marking 400 years since his death. Well, that’s a pretty thin reason, but the variety of this programme was perhaps its greatest attraction. Mendelssohn’s Midsummer Night’s Dream Overture is always worth hearing, more so in such a delightful account as this, displaying the composer’s textures as being continuingly fresh and amazingly original. The London Philharmonic Orchestra’s principal guest conductor Andrés Orozco-Estrada shaped an account that surely satisfied those in the audience who are familiar with every bar, and revealed to those coming new to the music the truly immortal qualities of this consistently inspired music.

The LPO, on this showing, was reminiscent of the legendary pre-war Beecham recordings in terms of woodwind detail and balance and of finesse in tempo gradations. Orozco-Estrada’s speeds and phrasing were almost Beechamesque in their rightness and expressive detail.

Such delights and superfine textures are not invariably to be found in Aram Khachaturian’s large-scaled Violin Concerto of 1940, written for and premiered by David Oistrakh (who went on to make five recordings of it), but the poster-paint colouration of much of the first and third movements is just as valid a means of expression. Khachaturian’s individual qualities demand a specific approach from both conductor and orchestra – to say nothing of the calls on the soloist. One is tempted to say, continuing the Shakespearean analogy, that this Concerto is not Hamlet but Titus Andronicus in musical terms, although the myriad expression Khachaturian draws on his vast canvas is certainly on occasion as detailed and as communicative as any score, especially in the haunting slow movement, where the Armenian-influenced folk-like material can, in a fine performance, stay long in the memory – until disabused by the Finale’s catchy tune, wherein its succeeding reminiscence of the first movement’s second-subject helps bind the work together. 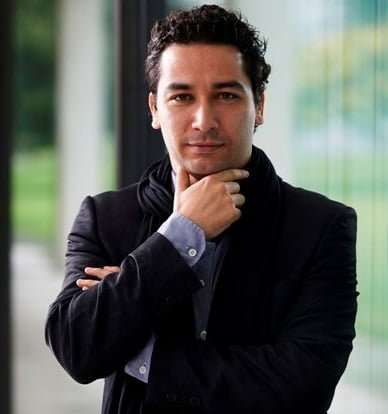 Kristóf Baráti proved to be a quite superlative interpreter, delivering an account which was notable for sustained fast speeds – but not so fast as to obscure the virtuosic writing or lower the Concerto’s unique qualities – and, by so doing, revealing the range of Khachaturian’s teeming invention. In this, he was partnered by a conductor whose equal belief in the work must have come as revelatory to those who recall the damning misjudgements of critics of earlier generations. Baráti’s performance was wholly exceptional. For a well-merited encore Baráti offered a reflective movement from a J. S. Bach Partita.

As for Richard Strauss’s Macbeth, after such an engrossing reading, one would be wrong to claim that only its title justified inclusion here. It may be Strauss at his less consistently inspired – no matter how genuine his love of the Tudor dramatist may have been. Indeed, Aus Italien apart (and even that early listing in his catalogue does not fully come into it), Macbeth is often considered to be the weakest of Strauss’s symphonic poems, surprisingly sandwiched between those still-amazing masterpieces Don Juan (Opus 20) and Till Eulenspiegel (Opus 28).

Yet the opus number is misleading: Strauss’s Macbeth was the first of his symphonic poems to be written, and if at times it seems to need a helping of tender loving care if it is to convince at all – perhaps only Leopold Stokowski could have consistently pulled the wool over our eyes (and ears) in this score – Orozco-Estrada did his not inconsiderable best to make the most of it.

Indeed, in many ways Orozco-Estrada demonstrated that Macbeth is, at heart, unlike Strauss’s succeeding symphonic pieces. Both Don and Till create their essential single characters in memorable invention, and although there is a narrative element in both works, in Macbeth it is the narrative that almost literally takes centre-stage: a detailed synopsis is a prerequisite to full understanding, one feels – whereas it is not as necessary in Don and Till.

Whether this programmatic ground-plan entirely comes off is another matter, as the music does not wholly cohere: one really needs to know where one is in the story to make complete sense of the work. But there is much that is powerful and dramatic, as we heard in an exceptionally well-played and wholly committed performance.

Stravinsky made three Suites from The Firebird (1911, 1919 and 1945). For reasons which have nothing to do with the effectiveness of the music, but everything to do with corporate laziness on the part of self-governing orchestras, we are frequently regaled nowadays with the complete Firebird – as boring a way of passing fifty minutes as can be imagined.

The complete Firebird ballet is precisely that – a ballet. It is not a concert piece. Much of the score is quiet and slow-moving, easy to sight-read for any self-respecting orchestra and therefore requiring almost no detailed rehearsal – only the ‘Infernal Dance’ livens things up. In programming the complete work, orchestras effectively give themselves half-a-night off, certainly in terms of musical concentration.

Stravinsky being a great practical musician, why on earth would he have extracted Suites from it, better sequenced for concert use, and stringing together all the best bits? Mention of Stokowski reminds that he made eight recordings of the 1919 Suite, which combines all the qualities of the ballet without its aural longueurs.

Orozco-Estrada was positively inspirational. If, at the very beginning, the tempo was a shade hasty, it soon settled to enable subtleties to be better appreciated. Here was an account rich in detail, superlatively well played by soloists (woodwinds and strings) and highly virtuosic when called for. The dynamic range Orozco-Estrada coaxed from the LPO was, frankly, breathtaking – at times, one hardly dare breathe for fear of breaking the spell. The ‘Infernal Dance’ was thrilling, this great orchestra relishing the power and richness of Stravinsky’s invention, and the final peroration was everything one hoped for – although, momentarily, I wondered if the crescendo across those 7/4 bars could have been more gently evoked – leading inexorably to the hefty powerhouse ending which was just as it should have been. A terrific concert.