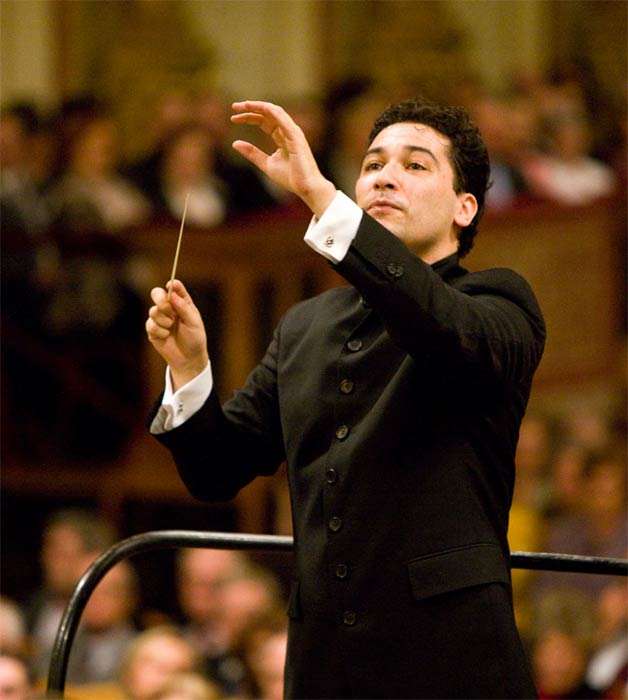 Weber provided a splendid romantic Overture for Euryanthe, but the opera remains one of modest popularity, probably because of the much-criticised libretto. Andrés Orozco-Estrada displayed the drama of the composer’s muse in a positive London Philharmonic performance. Quieter moments became part of forward momentum rather than being treated as interludes – no hushed mistiness here but precise definition. An expressive account, firmly structured, with much care taken over internal balance.

Hilary Hahn’s elegant interpretation of Max Bruch’s beautiful Violin Concerto was notable for her achievement of the gentlest of pianissimos; a subtle and gently dramatic way of enhancing a deeply-felt response to the music. The LPO reciprocated this approach, achieving much softness of texture. The opening was taken rather more slowly than is common but the music’s amorous nature was portrayed without the flow being impeded. When it came to challenging orchestral outbursts, Hahn’s flourishes became a positive affirmation of thematic material rather than fierce virtuosity. The perfectly timed entry of the Adagio heralded playing of great beauty, Hahn immersed in the music’s loveliness even when her violin was at rest. Great themes well-up to richly-scored climaxes and the way toward them was prepared by Hahn’s poetic shaping of these gorgeous melodies. The sweep of the lively coda to the Finale found orchestra and soloist at one: the overwhelming impression of the entire rendition was one of graciousness. The modern-day tradition of an encore was not followed – to have done so would have spoilt the warmly emotional atmosphere. 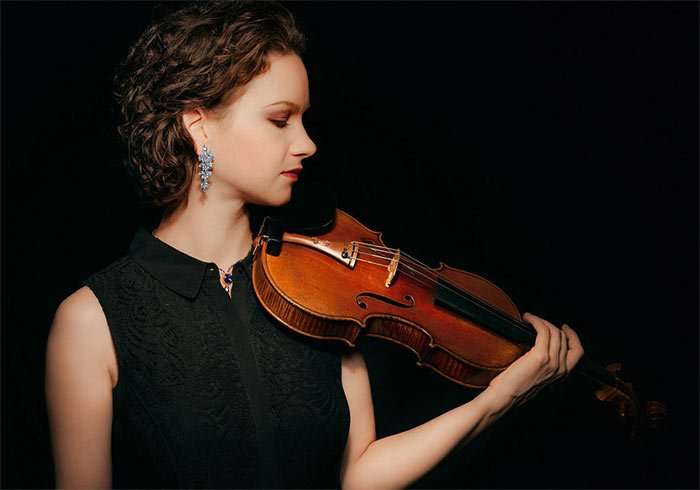 Following the interval, Orozco-Estrada swept on to the platform and brought down his baton immediately to commence the ‘Eroica’ Symphony. This typified the urgency of the first movement – refreshing to hear no lingering over the second subject and encouraging that the strange dissolving of harmony leading to the exposition repeat became part of the forward drive. Balance was carefully attended to – details of each line within the woodwind section were clearly audible and by using ‘period’ trumpets these instruments were never allowed to overpower. A slight forwardness of the horns was a feature throughout, but then Beethoven does give them special attention. ‘Authentic’ timpani, played with hard sticks, might have been more effective had they not been placed down among the double basses.

The opening Allegro was dramatised by speed rather than weight, but the succeeding ‘Funeral March’ was much more serious. Full marks for the great fugal passage being kept absolutely in tempo; all too often conductors rush. Perhaps the anguished outcries made less impact than usual but the music retained the essential element of darkness. The Scherzo was fleet-footed although the quiet chattering strings were less clear than they could have been, and in the Trio – played immaculately by the horns – the mood was noble rather than challenging.

The Finale, introduced attacca, was swift and driving; superb woodwinds was a feature and those marvellous upward flute flourishes in the march-like section were ideally forceful. After such unrelenting momentum the long slower section was taken at the conventional languid speed and the contrast of pace was too great. The coda was crisp, clear and somewhat understated. The timpani fortissimo was played as a crescendo.

This was a convincingly direct ‘Eroica’ but maybe the modest number of strings was responsible for the lightweight impression; additionally, trumpets were sonorous rather than defiant and the powerful moments for timpani were not stressed. Nevertheless the London Philharmonic was on top form and responded skilfully to Orozco-Estrada’s clear direction.