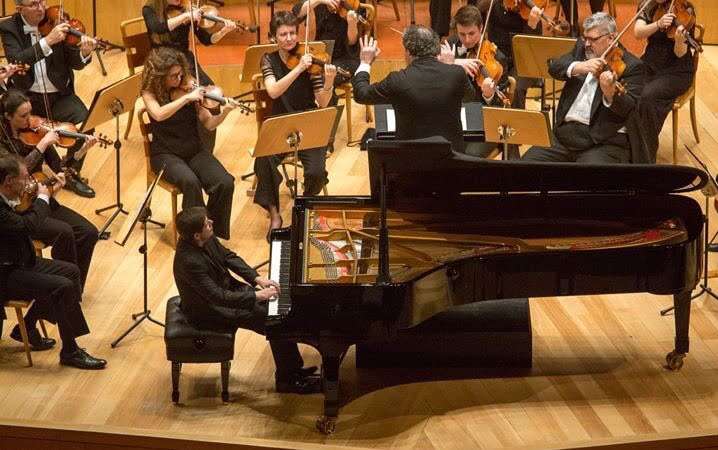 Modern-day thinking has led to some adventurous Beethoven Piano Concerto cycles in recent years, scintillating as much for their wider programming as performance practice. Arriving at the Proms in 2015, Leif Ove Andsnes’s collaboration with the Mahler Chamber Orchestra, directing from keyboard, was one especially lasting journey, of rehearsed insightful, committed music-making and characterful, tight orchestral contribution. The wine of Beethoven’s invention and spirit was never short-changed, familiar roads and landmarks imbued with freshness and daylight.

Whether or not one should programme more than the numbered five is a moot point. Andsnes, to my mind rightly, added the Choral Fantasy, in the process delivering one of the all-time defining performances, by a long way the best I’ve ever been privileged to hear in the concert room. In 1984 Pollini and Abbado at the RFH also included the Fantasy in their cycle, along with a fragment still pretty much entirely forgotten, Willy Hess’s 1952 completion of the thoughtful early E-minor Romance cantabile for piano, flute, and bassoon, oboes and strings, a splendid if modest opportunity for a soloist to exchange with orchestra principals (Myung-Whun Chung has recorded it with the Philharmonia, admirably). 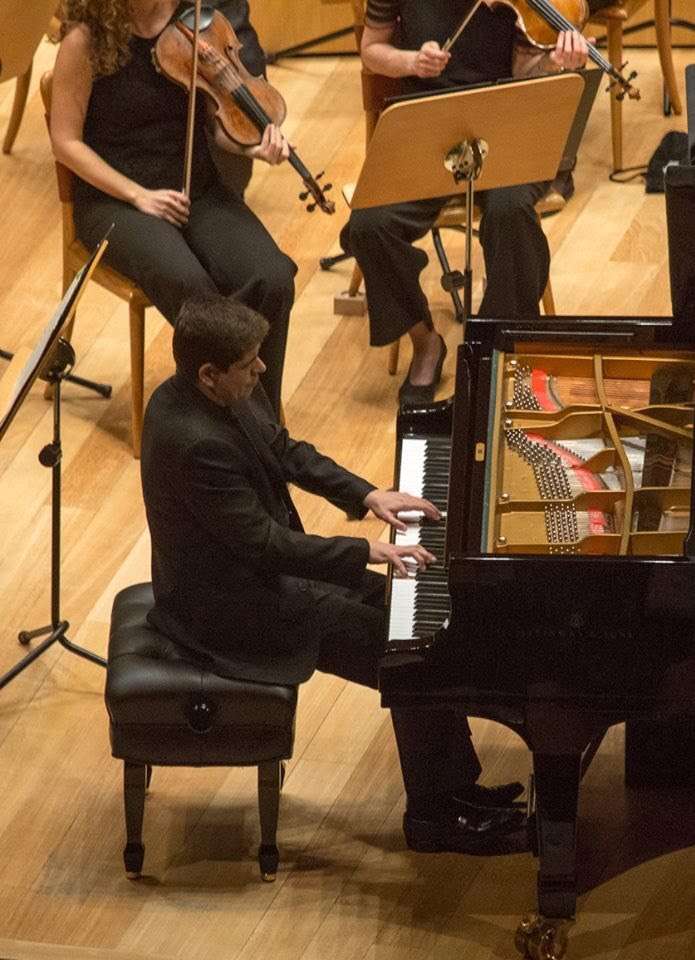 Going down concertante directions invites, of course, the established Triple Concerto – not necessarily a starry trio line-up but scope for first violin and cello to share in the limelight. The galant 1784 Bonn E-flat Concerto (pre the Mozart greats), the arrangement (with possibly third-party intervention) of the Violin Concerto, striking for its opening movement piano/kettledrum cadenza, and the unfinished single-movement Congress of Vienna D-major Concerto ‘No.6′ (1814-15), completed in 1987 by Nicholas Cook and Kelina Kwan, should tempt any investigative pianist. There’s also that little empire-waist B-flat Rondo arranged by Czerny in 1829 which Richter used to play (Berezovksy more recently) – a charming, once-doubted, outing that current scholarship maintains to have been discarded from an embryonic stage of the Second Concerto.

Enjoying these days a high-profile international and recording career, the Spaniard Javier Perianes, very much a home-grown product who credits the advice of Daniel Barenboim, Richard Goode and Alicia de Larrocha in shaping his ideas, is a man of unfussy stage presence. A player of level wrist and quiet action (Clementi’s ‘coin on the back of hand’ technique), he doesn’t emote, far from it (a good thing), he gets on with the notes, he delivers a reliable package. But at times his self-effacement goes against the grain. Confining himself to the canon of five, his Beethoven cycle across two evenings, following three runs in Spain, was typically clean and smooth yet not always as physically or ensemble engaged as it could have been.

This was a disciplined overview but not an especially great one: the old masters went for a different kind of bite and span. For one professing to admire Schnabel, Michelangeli, Hess, Pires and Lupu, I would somehow have expected heightened insight and ‘grit’, with Juanjo Mena, for all his palpably agreeable accompaniment and largely immaculate joins, in firmer symphonic charge. He did enough but could have done more, failing to meet his Celibidache-like stance.

At reduced strength (strings at 12.10.8.6.4), the London Philharmonic reminded us occasionally that Beethoven’s writing can still ensnare the unwary: note lengths could have been more crisply tailed, and woodwind intonation was off in places. Nice to have hard-stick timpani, but I’d have liked a more-incisive attack and underlay – the rhythmic pattern before the final solo flourish of the ‘Emperor’ can and should be felt rather than merely sensed. 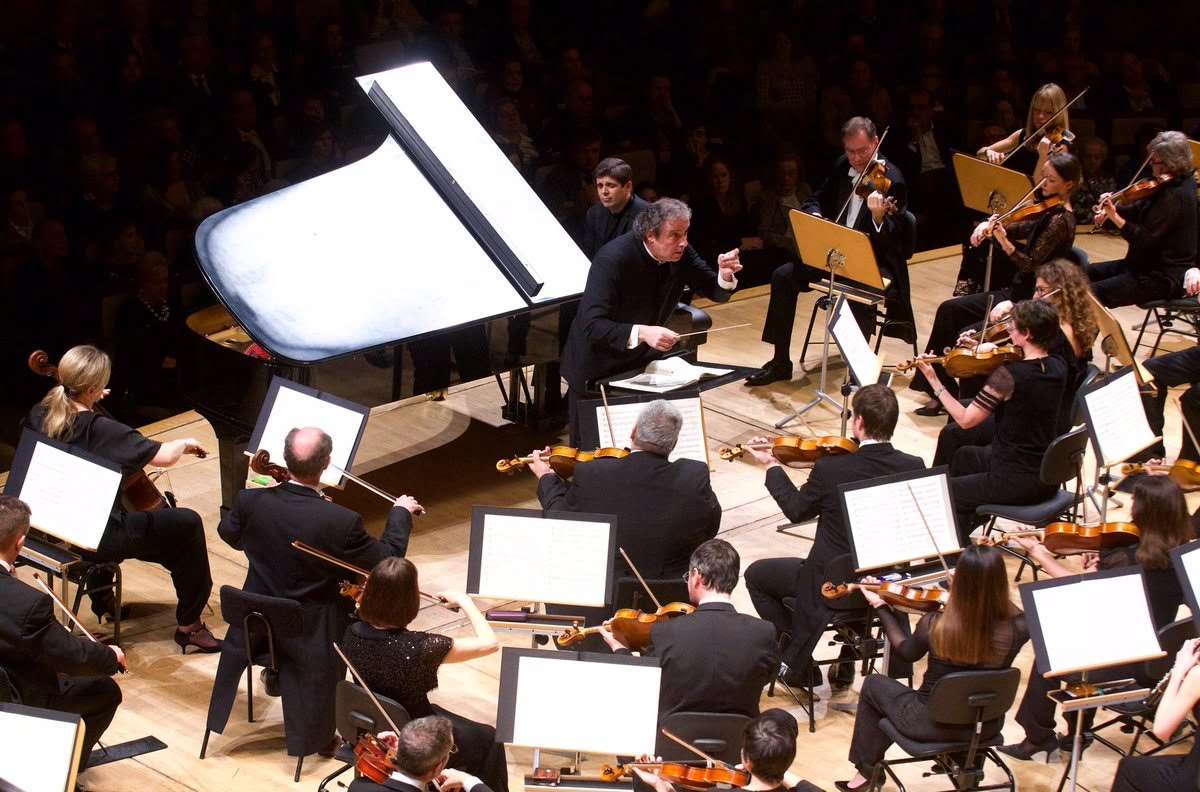 One surprise (by modern reckoning) was the platform layout, with violins to the left and cellos and double basses to the right. Not everyone might agree but Perianes’s curious refusal to add his voice in the big cadential tuttis was another: not to do so in the closing bars of all the Concertos barring the Fourth (this goes for Mozart’s too) has always seemed musically perverse to me, particularly since Beethoven himself had no qualms about indicating the role of bass continuo in these works. Some years ago Tibor Szász observed relevantly that “performing the piano concertos of Haydn, Mozart and Beethoven without the soloist acting also as basso continuo player in the long tutti is nothing short of disregarding the evidence found in the authentic sources of these compositions.”

For the first movements of the Third and Fourth Concertos Perianes stuck to Beethoven’s extended cadenzas. But with the First and Second he took the quick way out, using the shorter of the two for the C-major (a third was unfinished), and, wholly unexpectedly, substituting Wilhelm Kempff’s for the Second. Beethoven’s customary one for this last, written some years after, is big and ‘developmental’. I can understand Perianes’s unease with its stylistically advanced world and textures. But Kempff’s terse effort is compositionally weak in its second half, cutting an uncomfortable pose. A more worthwhile challenge might have been either to venture something new (and personal) or else reconstruct or borrow from Beethoven’s own time-germane sketches for a cadenza found in the Kafka sketchbook in the British Library. 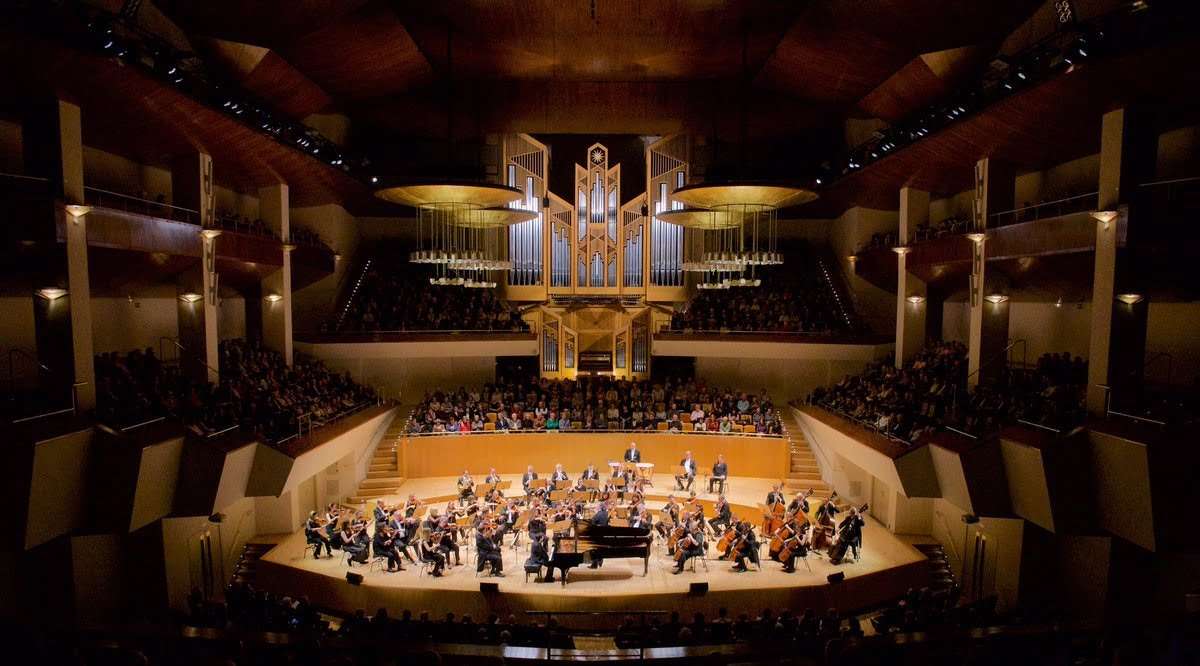 The highlight of the first evening was the lyric Fourth Concerto, a work securely in Perianes’s system. I’ve heard him play this several times, and it’s invariably a pleasure of balance and articulation. The slow movement was notably nuanced. And Kristina Blaumane did wonders lifting the single cello entries in the Finale to heights of musical and atmospheric magic – a fragile colouristic stroke on Beethoven’s part that’s often obscured. Such imaginative genius was caught also in the Adagio of the B-flat Concerto, the ornamentation and gran espressione elements suspended with cultured elegance, taking risks at the quieter end of the dynamic spectrum.

The second evening came over slightly jaded, a touch tired perhaps (a need to loosely rest the left arm in the Fifth), the attention to detail and ensemble not so precisely tuned, leading to rough edges (and some tempo disagreement) in the Finale of the First Concerto. The ‘Emperor’ had its moments, principally in the second and third movements. The first, though, was too brisk to convince, its breathless, Brahmsian sturm und drang characterisation sitting awkwardly. How, one wonders, was its tempo reached? The score says Allegro, no more. Comparably, the corresponding movements of the first three Concertos are marked Allegro con brio, with spirit, vigour. Yet they were taken at a slower pace, even that of the Third, in 2/2 time.

Textually there wasn’t that much to surprise across the two concerts. Fingered scale rather than glissando at the reprise point of the first movement of No.1. Broken ‘Mendelssohn’ octaves at the end of No.3. A missed right-hand turn at bar 465 of the Finale of No.5 – melodically critical hence the more apparent by its absence.