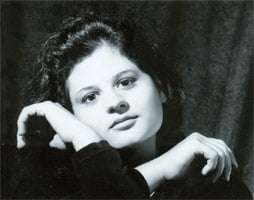 Stamatia Karampini arrived in London something of an unknown quantity (I imagine) and left the platform leaving not much doubt as to her technical prowess (or her memory – no scores were needed tonight) but with a question mark over her interpretative abilities.

Born in Greece, Karampini’s biography says all the right things (and includes a concert review that compares her with, amongst others, Mravinsky, Bernstein and Haitink): she studied the piano and the cello in her homeland, has been conducting since she was 13 (she’s now hovering around 30), has studied with Jorma Panula (in Stockholm) and has walked off with numerous Degrees and Diplomas. Petite in stature – but even so she doesn’t need the second tier on the podium! – Karampini is very assured and has a conducting technique that is both artistic and practical. The review cited – “a new star has been born” – was from the opening concert of Orchestre National de France’s 2006/07 season when she conducted Shostakovich 5. No doubt she was invited to Paris by music director Kurt Masur, and he of course has a strong association with the London Philharmonic…

She has a particular leaning towards opera. The ‘Tristan’ excerpts came off very well, potent and intense, the climax of the ‘Prelude’ concentrated, the ‘Liebestod’ suitably transcendental. If there was a distraction (except for someone leaving the hall with heavy footsteps at the music’s quietest moment!) it was a preponderance of horn tone and gurgles. 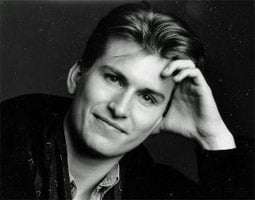 This concert had the feel of a ‘classics for pleasure’ evening such as the LPO used to present on a Friday evening; several of the principal players were ‘guests’, the string sections were reduced, and whoever was on the timpani it wasn’t the listed Simon Carrington. Grieg’s Piano Concerto was given a workaday outing in which Sigurd Slåttebrekk looked and sounded nervous, producing brittle playing and tone in fortissimos and rarely finding poise in and affection for his Norwegian countryman’s music. More dynamism, colour and phrasal yield was needed (although he did ‘accompany’ with discretion and subtlety); otherwise this was an efficient and business-like account (not without a few accidents from the pianist) that breezed along unimaginatively in the outer movements and became treacly in the too-slow Adagio, the strings’ vibrato rather relentless.

Yet, for an encore, Slåttebrekk offered playing in a different league and found during these ‘extra’ few minutes most of the qualities missing in the Grieg. As to what he played; well, a Grieg Lyric Piece came to mind first, but the decoration of the folk-like tune suggested Bartók, so maybe it was something from his Mikrokosmos or For Children.

Of Brahms’s four symphonies, No.3 is perhaps the most difficult to bring off. Karampini’s conducting was lucid enough, the lines were shapely and the balances just. Yet she was non-committal to anything emotional or ambiguous in the music (one of Brahms’s most personal works). With tempos consistently on the quick side – even in the middle two movements, both dispatched with the current of a swift-flowing stream, except for a moment in the third that slowed for no good reason and sagged – this was classical sobriety with a vengeance, no note held longer than the mathematics of the score demanded.

This was a performance that seemed longer than it was (actually it was all over in half-an-hour, and with proportions that reminded of Karajan’s reading of this work … there the comparisons end), and included the disregard of the first-movement exposition repeat (praise to her though for not being a slave to this marking if that is her viewpoint … save that the omission didn’t convince on this occasion and seemed merely parsimonious). There were some scrappy moments in the LPO’s playing, but the musicians were consistently responsive; even so there was little to suggest in this bland and uneventful traversal that Karampini has any particular relationship with this work at this time.