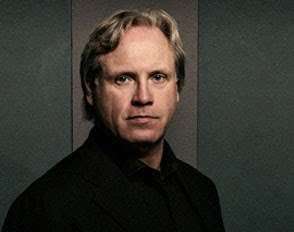 A well-filled Royal Festival Hall seemed to indicate that audiences are not afraid of ‘modern’ music and even though The Rite of Spring was composed more than one-hundred years ago it will always epitomise modernity.

There was some surprise as the LPO filed in: first and second violins to respectively left and right of the conductor is expected for music of Beethoven’s time, but to also split the cello and double bass sections seemed strange and detracted from the weight of the lower harmonies. The trumpeters used ‘period’ instruments.

The opening of Beethoven’s First Symphony augured well, the unusually slow tempo creating a dramatic effect – thereafter there was little to grab the attention. True there were subtle variations of dynamics in the main part of the first movement but otherwise it was modest. There was also a tendency to take a very small ‘breath’ before each new theme – tempo was not affected but momentum suffered. The gentle approach to the Andante cantabile con moto was suitable enough but after the repeat the emphasis at the change of key was huge and the tempo was pulled back eccentrically. The Minuet was even less satisfying – there could be no objection to the basic tempo but the accents were played down and only at the moments when timpani entered was Beethoven’s true strength apparent. The Trio faltered slightly as it entered, not quite keeping to tempo and getting slower as it progressed. This involved an uncomfortable rush at the return of the Minuet and then the addition of a spurious repeat ruined the symmetry of the movement. The rapid tempo of the Finale brought it alive but there was always a feeling that it was being underplayed. 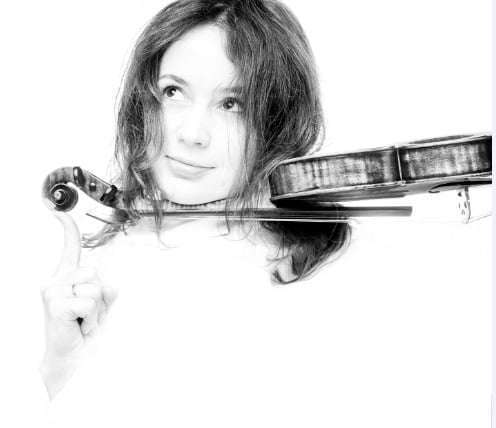 The rest of the concert found Markus Stenz with no fear whatever of making the most of orchestral forcefulness – and there was a great deal of that in both the succeeding works. In Thomas Larcher’s Violin Concerto, which was premièred in Vienna in 2009, Patricia Kopatchinskaja certainly had the measure of the extraordinary demands which the work makes on the soloist – from ethereal sweetness to fierce aggression – only rarely does anything else seem to be required between these two extremes. The work is really a concertante for violin and orchestra and a showpiece of extraordinary instrumentation, and orchestral colour is the main basis of its conception.

The instrumentation, based on a reduced string section, includes woodwinds, two trumpets and a trombone, a harp and a celesta, six kalimbas, flexatone, watergong, vibraphone, accordion, crotales, whip, ratchet, marimba and frying pan. I was not able to recognise any passage in which the frying pan was used unless it was the one tremendous whack upon an unidentified instrument.

To feature the orchestra more than the soloist is unusual, and the form of the music is not difficult to follow. The quiet opening is mysterious and rather otherworldly. The orchestra then takes up the same thought with great force – this is not an aggressive response but more a strong extension of the idea. When the soloist returns with violent passages these too are developed using the same melodic notion but adding multiple shades of instrumental colour. There are two main climaxes and the quiet ending reflects the commencement. The second movement also starts and ends quietly and this time there is even a hint of romanticism in the first statement from violin. There is one vast climax that ends in a massive and tragic orchestral descent but otherwise this work does not focus on tragedy. There is even a touch of humour when solo trombone challenges the violinist – shades of the altercation between soloist and trombone in Nielsen’s Flute Concerto. Both movements have the effect of being something of a palindrome. Not everyone will appreciate the many outbreaks of bizarre scoring and I can imagine mixed opinions. 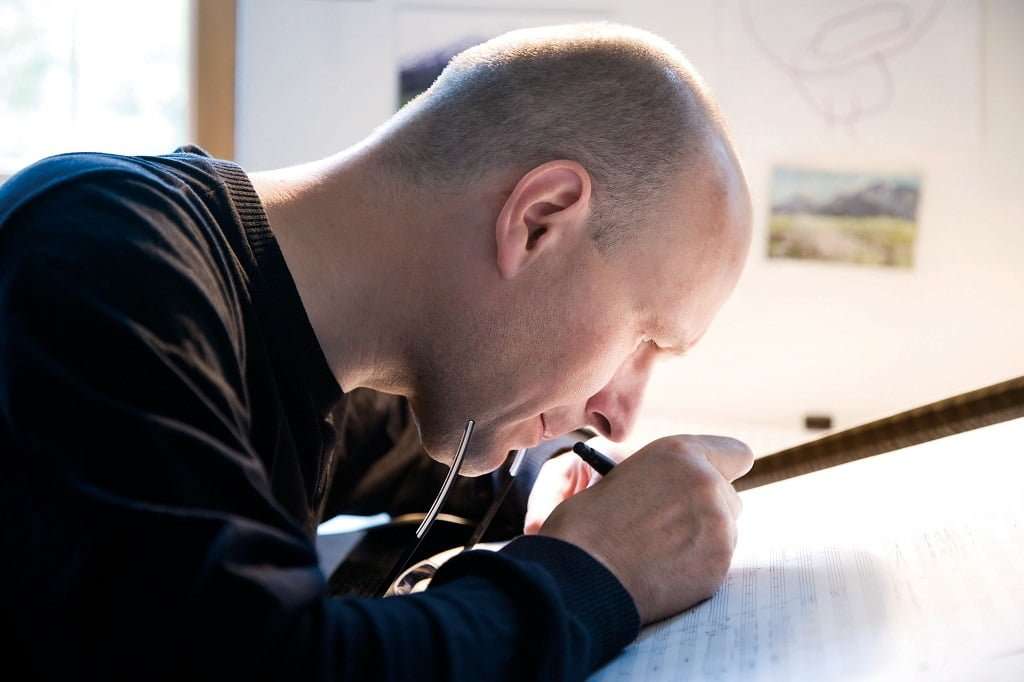 The performers were applauded with enthusiasm. Who were those people who spoilt the Beethoven by clapping between its movements? The sound during the pause between Larcher’s two movements was interesting and less disturbing however: a quiet hubbub as if people were discussing the music among themselves.

In the Stravinsky the gap between the two parts was beautifully judged by Stenz, the re-start was at exactly the right moment dramatically and the conductor was rewarded by a respectful silence during this short period.

In The Rite the impetus that was lacking in the Beethoven was fully exploited. Stenz led a driven account. Brass, percussion and strings were magnificent – in particular the tremendous force and absolute precision of the fiery pizzicato passages made the music very exciting. The magnificent (and notably large) bass drum made an enormous and revealing impact. Mention must be made of the quiet, exposed and very difficult duet for two muted trumpets a little way into the second part; I always hope that it will give the impression of coming from a great distance – and this is exactly how it was. Stenz gave such an enlivening presentation of this work that a few minor infelicities cannot be allowed to detract from praising this bold reading. The London Philharmonic was on top form.