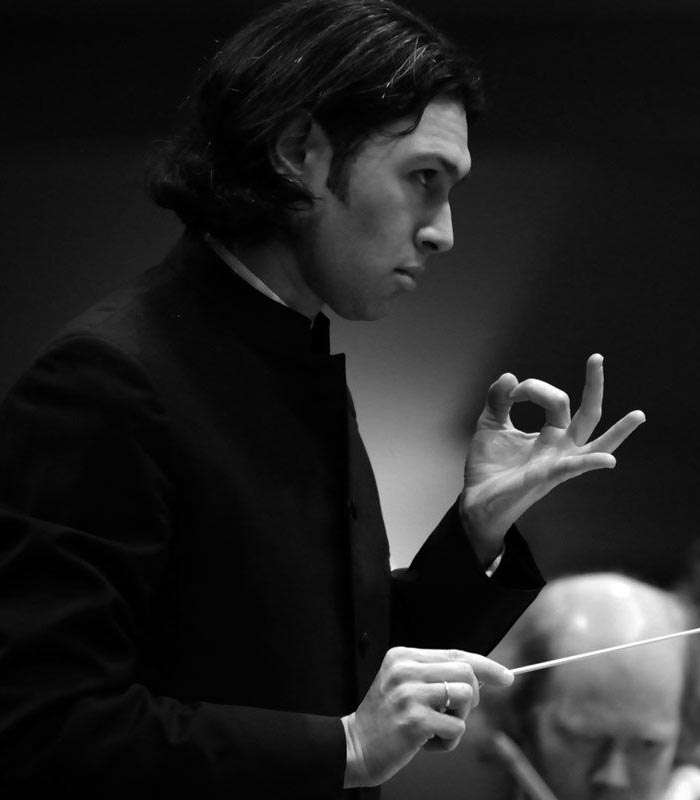 The LPO’s chief conductor Vladimir Jurowski was wisely as non-interventionist as possible in the Debussy, giving the music’s elusiveness room to cast its spell. Juliette Bausor’s flute solo curled out of the ether as the faun hovered between loin-stirring dream and consciousness, the directionless time-suspension an aim in itself and beautifully realised. Later, the strings would add a bit of sinew by stealth, and Jurowski tactfully let the shadow of Tristan flutter across the impressionistic palette just to remind us what Debussy was fleeing from.

Nicola Benedetti, refreshingly candid on matters of music and education, is also unfazed by hard graft, as demonstrated in her mastery of the Polish composer Szymanowski’s two Violin Concertos. The First was written just before the Russian Revolution (although it had to wait until 1922 for its premiere), the Second was finished in 1933.

You can understand why Simon Rattle took to Szymanowski so eagerly. The big scores are conductor’s music par excellence, with the added frisson in these two Concertos of sporting a soloist’s relationship to a large romantic orchestra, to the extent that, despite elaborate cadenzas in both, they seem more like symphonic poems with violin obbligato. There is also an element of Scriabinesque ecstatic yearning to Szymanowski’s music that can easily sound relentless. Jurowski skillfully kept it from taking over through his handling of the iridescent orchestration, including a particularly telling role for piano. 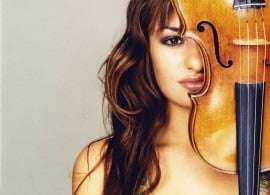 The First Concerto is the more rhapsodic and hedonistic, and Benedetti rose to the occasion with her signature sumptuous tone, relishing the almost ceaseless outpouring of melody. This is a work that she has made her own, and it showed in her involvement with individual players and her command of the music’s layers of sound. The Second Concerto is about the same 20-minute length, but it seems the more lived-in, its music bigger and more experienced, the changes of direction and mood more considered. Benedetti lacks nothing when it comes to perception and engagement, and she surpassed herself here, expressing the composer’s retreat into the reassuring safety of folk-music, the moments of ecstasy more integrated, and her dips into a dark, ambiguous tone anticipated the bleakness of Shostakovich. There are also passages of full-blown glamour, when it became clear that Benedetti at her most energised, unforced and elegant is perfect in this music.

The airless sleaze of Bartók’s Miraculous Mandarin was hardly a breath of fresh air, but its precision and clarity came as a welcome corrective to Szymanowski’s gorgeous effusiveness. Jurowski secured an impressively mechanistic glitter to the strings’ opening moto perpetuo, like a carousel cranking once again into gear, and the woodwind and brass solos confirmed not only the players’ calibre but also their incisive identification with the music. You could easily visualise the choreography of the ballet’s characters – the hooker and her hapless victims – hard-edged, angular and dispassionate. Like Bluebeard’s Castle, Miraculous Mandarin is also a ‘concerto for orchestra’ in disguise, but Jurowski focused on its theatricality and foetid atmosphere, with horribly realistic results.