Enescu
Oedipe – Tragédie lyrique in four Acts and six tableaux to a libretto by Edmond Fleg after the plays by Sophocles [concert performance; sung in French, with English surtitles] 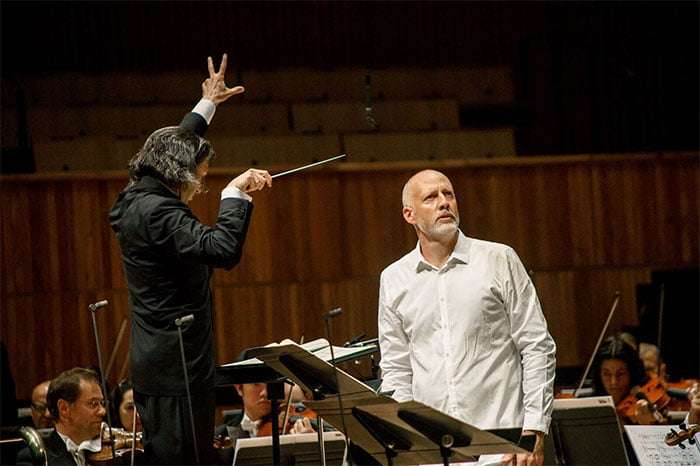 Last summer, The Royal Opera mounted the first British staging of George Enescu’s Oedipe. It was one of those evenings, unforgettable as it was, from which you were more likely to emerge humming the scenery, so a major point of this London Philharmonic concert performance was to hear how the music stands on its own. These same forces had performed it recently at the Enescu Festival in Bucharest, and everything about this opus sounded authoritative, and, unlike in the Royal Opera production, it was played without cuts – although, according to that house’s timings, only about fifteen minutes was lost, from the ballet music at the start of Act One.

Oedipe is one of those post-romantic blockbusters described as an unrecognised masterpiece, and neither it nor, indeed, much of Enescu’s output (not huge at thirty-three opus numbers) has become unassailable repertoire outside Eastern Europe. It is also a colossus to stage, with Wagnerian-scale demands on the baritone lead-role, a lot of choral work, a large orchestra and an idiom that hovers (as with Stravinsky’s Oedipus Rex) between opera and oratorio.

It shouldn’t matter that Enescu’s only opera freewheels between folk-music, the whole range of progressive European musical fashions available during the work’s long gestation between 1909 and its premiere in Paris in 1936, and a quasi-Middle Eastern orientalism, the whole underpinned by a solidly crafted leitmotif structure, but it doesn’t sound stylistically integrated. There are no ear-clutching tunes, although overall the music is melodious, pace-wise it is steady with few rapid passages, and while Vladimir Jurowski drew out marvellous sonorities from the woodwinds, there aren’t any sizzling scoring surprises. 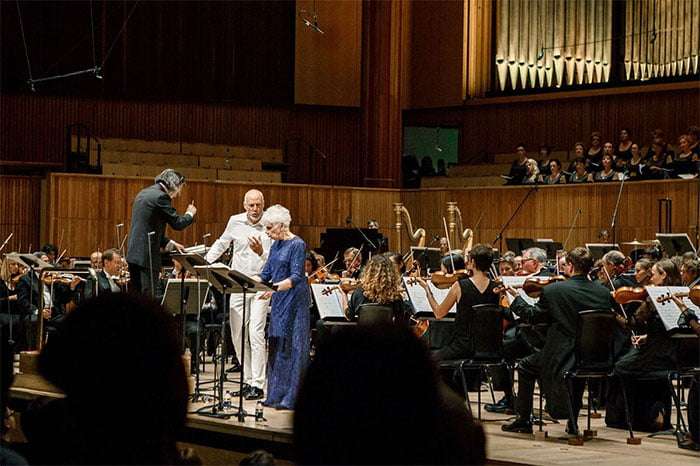 After a very episodic first Act, including those excised dances, I was beginning to wonder where Enescu was going with the ancient myth warning us that up with parricide and incest the gods would not put, how the central role of Oedipus would be defined by smaller parts that initially push plot rather than character – basically, when would Oedipus and his situation have something to say to me?

The answer came during Act Two – after the cursed baby has not been slain by the Shepherd, as commanded by his royal parents Laius and Jocasta – when Enescu seizes the story by the operatic neck and starts pulling his character hither and yon between destiny and free will, and very quickly you become very involved with him – although I’d have hardly thought the plaything of the gods “made guilty before he was born” would beat fate and be redeemed by death. The scene of Oedipus at the crossroads – when he unknowingly kills his biological father – may be overloaded with symbolism, but the music rises to the occasion, rose higher in the extraordinary episode with the Sphinx and sustained it after the interval in the excellent third Act, in which, as the truth of his birth and an unavoidable destiny is revealed to him, all the characters involved – the Shepherd, his uncle Creon, his mother Jocasta and the blind seer Tiresias – become suffused with theatrical life. Enescu perhaps takes his time with the closure of Act Four, but the music for Oedipus’s death, sounding almost Vaughan Williams-style seraphically English, is lovely and moving.

Paul Gay’s portrayal of Oedipe kept growing in stature, not only in terms of Wagnerian heft but also in the many passages of tenderness and puzzled introspection, in the process defining the role as a gift for a bass-baritone on top form. There were three brilliantly drawn characters – the Shepherd, Tiresias and Queen Merope (Oedipus’s adoptive mother) – from Graham Clark in memorably plaintive Mime-mode; from Willard White as resonantly in command as ever; and from Felicity Palmer at her gripping, characterful best rekindling fond memories of her ineffably corrupt glitter as Clytemnestra in Richard Strauss’s Elektra. Christopher Purves was equally powerful as the devious, politically motivated Creon. Amplified and singing from a box, the awesome Ildikó Komlósi was an amazing Sphinx. Ruxandra Donose conveyed strongly how Jocasta suffers as much as her son in singing of expressive tragedy, and Antigone was portrayed with great warmth by Gabriela Istoc. The two Romanian choirs tirelessly supplied drama and atmosphere, and throughout a long evening Vladimir Jurowski and the LPO released the best of this ancient myth and its subtly modern interpretation.