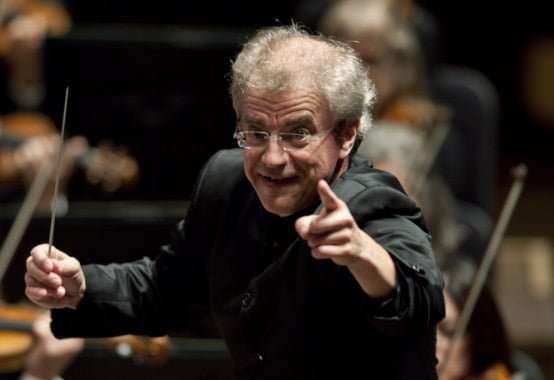 Scanning the programme note for Dvořák’s Piano Concerto the reader might have wondered why this rarity was chosen for performance. Using the undoubted skills of Stephen Hough and the never-less-than committed accompaniment of a fearless London Philharmonic under Osmo Vänskä it received the best possible advocacy using the composer’s original score, rather than opting for the once popular edition by Vilém Kurz.

But all was to no avail as it is a poor piece on every level: there is too little integration between piano and orchestra, rather a series of thematic repetitions which begin to wear thin well before halfway through the first movement The score itself is a bit threadbare with none of the later Dvořák’s charm and thematic fluency. It boggles the mind to realise he wrote this Concerto barely a year after finishing his first symphonic masterpiece, the delightfully fresh and melodically inspired Fifth Symphony. 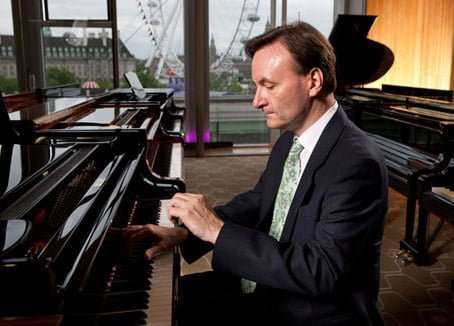 The proof of ineptness surely arrives with the first-movement cadenza, opening with a big flourish then petering out far too quickly before the orchestra re-enters to complete the movement. This work is a dud and no pleading by Stephen Hough could disguise its inadequacies, alas. Vänskä worked hard, too, but the composer’s lack of know-how in writing a large-scale Piano Concerto stands out like a sore thumb. Fortunately he recovered his compositional wits in the later lyrical and sometimes fiery Violin Concerto and then with his great masterpiece, the Cello Concerto, the finest of its kind ever composed.

Following the Concerto came a soothing encore, by way of Hough’s own transcription of Dvořák’s Songs My Mother Taught Me.

This concert was one of the series labelled Shakespeare 400 and the item for display was another rarity by a great composer, the incidental music to The Tempest written in 1925 by Sibelius for a Copenhagen production.

Evidence of the producer’s guidance to Sibelius on what was needed in musical accompaniment to Shakespeare’s text can be found in the composer’s library at his house, Ainola, a short distance outside Helsinki. Red-crayon marks from Adam Poulsen point to where music was required and the opening, intensely dramatic ‘Storm Prelude’ did away with any stage depictions of the shipwreck that opens the play.

Writing fluently and with obvious relish Sibelius composed his greatest theatre score; perhaps he identified himself with the magician, Prospero, admiring his own mysterious powers. He had use of a large orchestra, choir and soloists. No wonder this utterly magical music has never been heard in a full theatre production in the UK!

But hope springs eternal and there could be no better guide through this score than Osmo Vänskä, whose Sibelian credentials need no introduction. With an excellent contribution from Lilli Paasikivi enhancing the melodic charm of some of the many songs Shakespeare weaves into his play and set by Sibelius, together with a standout narration of parts of the dialogue by the inimitable Simon Callow, the score emerges as a climactic moment in pre-cinema depiction of a great text set to highly appropriate and atmospheric music.

It is a sign of the ageing composer looking to new horizons for his expressive needs, a journey that probably took him into the labyrinth of his doomed Eighth Symphony, begun around the time The Tempest score was made into two concert Suites in 1929, dwelt on and polished in the 1930s and burnt in the family stove in the 1940s.