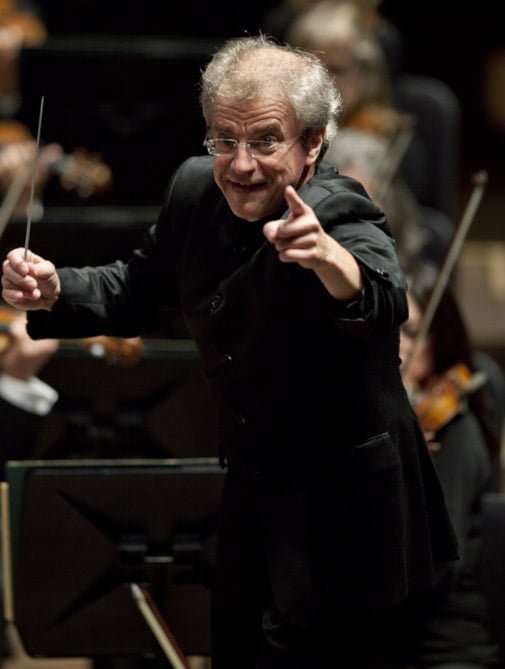 I can’t speak for the opera itself, based on Shakespeare’s The Merry Wives of Windsor, but the Overture that heralds it is an absolute winner. Otto Nicolai (1810-49), the founder of the Vienna Philharmonic, forges music that is gossamer-light, exuberant and melodically bountiful. Osmo Vänskä and the London Philharmonic did it proud in this perfectly paced, expressive and bouncy outing.

Also generous in its tunes, and its colours, is the film-music-derived Violin Concerto of Erich Wolfgang Korngold, using themes from Another Dawn, Anthony Adverse and The Prince and the Pauper. Prompted by Bronisław Huberman, and premiered by Jascha Heifetz (who made a celebrated recording), Korngold’s Violin Concerto (1945) is as romantic as it is swashbuckling.

Already well-represented and awarded, Hyeyoon Park – who has been playing in public since age nine (her debut was with the Seoul Philharmonic) – took a little while to settle into Korngold’s melodic surplus. Slightly awkward phrasing and intonation were the giveaways, but she was soon of full tone, heartfelt communication and old-world touches. She was fortunate to have such a sympathetic and detailed accompaniment as conjured by Vänskä and the LPO: he kept an avuncular eye on her as well as doing Korngold’s invention and scoring full justice. The slow movement was spaciously unfolded and ideally intimate, Park’s top-register playing particularly impressive. If the racy Finale was a little stiff, following the cinematic horn-led broadening, which Vänskä judged to perfection, Park found plenty of dash to the finishing post. Her Paganini Caprice encore (I believe, but not the seminal No.24) somewhat detracted for it lacked that essential transcendental and devilish quality these pieces thrive on, but there is plenty of promise for the future.

Osmo Vänskä has previously conducted the LPO in music by Bax, Vaughan Williams and Walton. Adding Elgar’s First Symphony to his English-music credentials, he emerged a victor in his view of this great work, first heard in 1908 from the Hallé Orchestra and Hans Richter. The LPO has a distinguished history with this music – with such as Barenboim, Boult, Elder, Handley, Mehta, Slatkin and Solti, et al, leading concerts and/or recordings.

Vänskä has found his own way with it. Perhaps not everything came off, such as the very broad tempo for the opening, haughty rather than Nobilmente and anything but semplice, and potentially stealing the thunder of this motto when it returns later. That said, Vänskä had already put an individual stamp on things. The first movement enjoyed impetus, thrills and flexibility, if slightly imposed from without. If one senses that this music does not, as yet, flow naturally through Vänskä’s veins, he doesn’t lack for finding its fire and fantasy.

The Scherzo was well-judged in tempo, fast but not rushed, time given to incisiveness and, later, idiomatic flexibility and a marked slowing to herald the linked-to Adagio. We were now in a special place as this sublime slow movement was unfolded with largesse and much sensitivity, deeply affecting, and as the conclusion was reached some very refined and hushed playing proved spellbinding. Vänskä’s head-bowed reaction to this music that words cannot do justice to, and what the LPO had just achieved in it, was the perfect, silent response. The Finale had suitable purpose en route to a triumphant close, the standout moment coming in that central expanse, Vänskä wearing Elgar’s heart on his sleeve, LPO strings revealing those Malvern Hills. Glorious!

Vänskä’s honest view of Elgar 1 was both personal and score-faithful, conducted with animation and commitment, played with devotion (Robert Hill’s clarinet arabesques in the slow movement were beguiling and, throughout, Simon Carrington’s timpani-playing was a model of producing sound from within the instrument) and if not everything convinced interpretatively there was much here that was enlightening and refreshing. Hopefully Vänskä will conduct more Elgar in future LPO seasons.