Two works beginning on the outer edge of audibility, one greeted with a spontaneous ovation, the other with more considered enthusiasm. Robin Ticciati and the LPO know each other well, and the result in this Sibelius and Bruckner programme was playing of superlative quality. 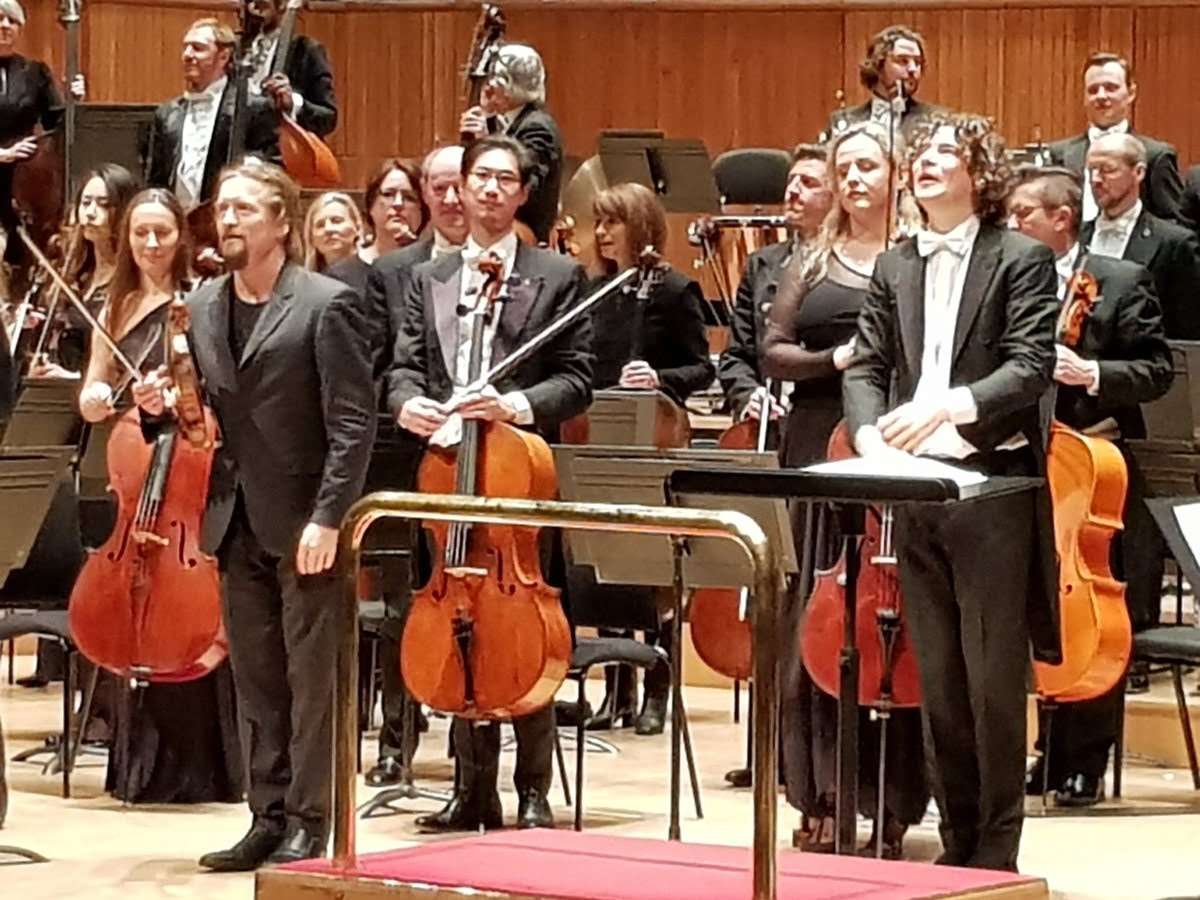 The pianissimo opening of Sibelius’s Violin Concerto set the bar high for the panoramic scope of big perspectives, and for textures and dynamics ranging from the most evanescent to the uncompromisingly granitic, with a soloist, Christian Tetzlaff, so completely inside the score’s majesty, intimacy and remoteness that he didn’t drop a stitch when a string snapped about four minutes in, with him seizing the leader’s violin to take him through to just before the cadenza.

The rapport between him and Ticciati was intense, with the first movement spellbinding in the beautifully geared shifts of retreat and advance between soloist and orchestra. Ticciati was particularly effective in presenting the tuttis with symphonic weight and presence to spare, and he made plenty of space for Tetzlaff to express a barely credible scale of emotion and character – his is the sort of command that makes both technical and interpretative challenges just melt away. The slow movement showed off the beauties of his tone, while his undemonstrative performance style supports a white-hot musical imagination and intelligence. The rhythmic tautness of the Allegro Finale (with the ma non tanto qualifier put on the back burner) was balanced vertiginously between momentum and delirium, Tetzlaff on incandescent form. It was one of those performances where you pinch yourself to check something so thrilling and profound had really happened. His encore, some penetratingly introspective Bach, only compounded Tetzlaff’s impact and insight.

It was also an account that squeezed a tear or two, but I remained dry-eyed throughout Bruckner’s Seventh Symphony, oddly not through any lack of involvement. I have heard Ticciati conduct the Fourth, in which I was totally convinced by his steering a course through its various awkwardnesses. The Seventh by comparison is a masterpiece of organic development and security, but, as in the Fourth, Ticciati favoured an up-tempo mobility more than Brucknerian solidity. The opening, with the cellos emerging out of a shimmering pianissimo, was as exceptional as later dips into a Johann Strauss-like elegance were unexpected, and Ticciati was very deft at pointing out how themes grow out of each other. He does, though, prefer as translucent and weightless a sound as possible, and he had the orchestra to deliver it.

The LPO strings in this respect were remarkable, the double basses behind the first violins, who sat next to the cellos, then violas and second violins all conferring a glowing expansive tone that fulfilled all of Ticciati’s demands. Like Colin Davis in this Symphony, Ticciati was especially good at turning away the Adagio’s opening music towards the gradual ascent (with Nowak’s climactic cymbal clash), taking in the three not-quite-making-it attempts at the summit when he conveyed a strong sense of the music withdrawing to get a longer run at it. The Finale (Bewegt, doch nicht schnell – Lively but not fast) was athletic and nimble and played with consummate finesse – there wasn’t a detail that got lost, even if you did wonder whether that was more Ticciati and the LPO than Bruckner. Again you marvelled at the serene breadth and chaste passion of this score, yet without so much of the elemental quality that had marked the Sibelius.