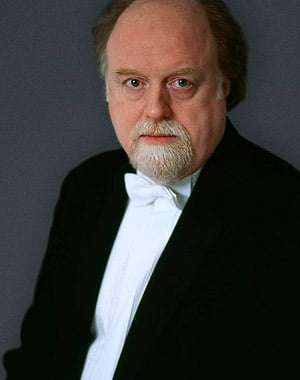 It was pleasing to end this fresh-faced London Philharmonic concert with Schubert’s ebullient Third Symphony (when it turns up at all it is invariably the starter course), a sunny contrast to the severe beauty of (current LPO project) Stravinsky’s Apollon musagète. Andrés Orozco-Estrada gave an upbeat account of the Schubert that emphasised the music’s compactness, although not at the expense of outer-movement repeats, with tempos on the march but not rushed, the slow introduction (here flowing) promising much, the performance delivering – a perky, vital and keenly accented first movement, the second (Allegretto) dancing, Orozco-Estrada not going as far with it as Carlos Kleiber did if emphasising grace-notes and introducing solo strings that Schubert might have wondered about (naughty but nice though, so too Thomas Watmough’s ideally cheeky clarinet at the mid-point). The Minuet that is really a Scherzo was sturdy, the oboe-led Trio bucolic (Ian Hardwick piping eloquently), and the Finale fizzed with Rossinian high spirits without compromising clarity or togetherness.

I have to assume that Apollo was given in its revised version – no mention in the programme’s annotation or note about this – my understanding being that the original score (1928) is no longer available to perform. It was certainly given a fine outing, the required thirty-four string-players top-notch, whether Olympian in expression or rapturous and rhythmic. For music that is black-and-white and emotionally at arm’s-length, Orozco-Estrada and the LPO ensured a colourful stamp, differences of timbre exquisitely judged, whether tugging at our heartstrings or relishing the faster ditties and their syncopation. One should mention Pieter Schoeman’s poised and characterful contributions on violin, Kristina Blaumane’s on cello, and the sheen and depth of sound throughout the thirty minutes, twilight conjured in the ‘Apotheosis’, if only to be wrecked by some too-soon insensitive clappers who have no appreciation of silence in music and that the conductor was trying to sustain it.

In place of a grand Piano Concerto, two concertante works in which Peter Donohoe was simply terrific. Weber’s Konzertstück (1821), a gem, opened with beguiling woodwinds, music that is charged with legend, whether in lyricism, romantic impetus or the march-like theme that might welcome a conquering hero returning home. In everything he did, from subtle to flamboyant, Donohoe held the attention, including a quite brilliant bass-to-treble glissando that will be long-remembered, and whether poetic or agile Donohoe’s musicianship triumphed, pianist and orchestra at-one.

Usually Konzertstück is paired – Alfred Brendel used to couple it with Liszt No.2 – and here it was Stravinsky’s Capriccio (1929), similar in length to the Weber (about seventeen minutes). Capriccio lives up to its name, music of quick-change artistry, extravagant and ethereal in the opening measures, and going on to embrace solemn Baroque and 1920s’ jazz, spiky and spicy in the final furlong. The LPO (the scoring includes bass clarinet, trombones and tuba) was a model of impeccable ensemble and Donohoe relished with alacrity the composer’s rug-pulling frivolity, pastiche and unpredictability, while always being Stravinsky. As he also was in Donohoe’s encore, Tango, slinky on the composer’s part, stylish from the pianist. Good to know the concert was recorded.