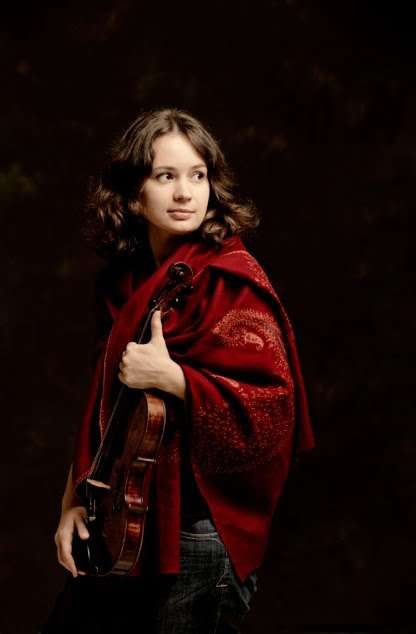 The latest leg of the London Philharmonic’s Stravinsky series lost its original guide, Andrés Orozco-Estrada “has had to withdraw from this evening’s concert” advised the LPO. Given the excellent concert he did conduct just three nights ago (Apollon musagète, as below) this was a surprise and a shame. However, it was Thierry Fischer (Utah music director) to the rescue, the programme unchanged.

Symphony of Psalms (1930) was composed for the Boston Symphony Orchestra and Koussevitzky, although the premiere was given in Brussels under Ernest Ansermet. Psalms reached Boston six days later, the score resting violins, violas and clarinets if calling for two pianos and a harp added to a large complement of woodwinds and brass (here including Patrick Harrild, for many years the LSO’s tuba-player). Fischer ensured that instruments that gleam and rasp were to the fore, also the lower tones of the pianos, part of a shapely and crisp account, over-clinical at times and at its best in the austere second movement, made monumental, expressing fear of the beyond, yet also offering succour – choral dynamics had been meticulous – to which the Finale was a cool corollary, of interstellar dimensions, although the faster contrasts were pedestrian. Reservations, yes, but there was no denying the LPO’s excellence or the ideally plangent timbre of the London Philharmonic Choir and its unanimity, or that the closing bars were spellbinding as they faded into the infinity of silence.

Similarly to Symphony of Psalms, Leonard Bernstein’s Chichester Psalms (1965), of Hebraic settings, didn’t reach its commissioner immediately. It was New York first (the composer conducting), then Chichester Cathedral a fortnight on (John Birch). Like Stravinsky in his Psalms, Bernstein is selective with his orchestration (without woodwinds or horns, if using all strings as well as trumpets and trombones, percussion, enough for eight players plus timpani, and a pair of harps). It’s a great piece! Once again Fischer was too analytical with the exultant and exuberant first movement, although with much to gain in lucidity and mechanics if lacking the last degree of elation. In the second movement (‘The Lord is my shepherd’) fourteen-year-old William Davies, slightly overawed maybe, was singularly impressive in poise and pitching, and the music, essentially a West Side Story cast-off, is at once the gift to be simple and deeply affecting, and Fischer ensured the contrasts were suitably explosive and surreptitious. The greater (Mahlerian) strength of the Finale, bleak to begin with, was well-conveyed, then qualified by the sentiment of unity, a divine quartet of cellos, the Choir hushed and luminous, poignant, silence again prevailing.

Prior to Lenny’s Psalms, the three a cappella Stravinsky shorts were led as planned by Neville Creed, the Artistic Director of the London Philharmonic Choir. Composed independently between 1926 and 1934, Stravinsky revised them all in 1949 settling on Latin as the language of choice (as for his Psalms). Credo is devotional in its lilting and imploring, Ave Maria lullaby-like, and Pater Noster resigned and meditative yet full of solace – each is undemanding and successful, much made of little and, thanks to the caring LPC, rather special.

Rather special too was Patricia Kopatchinskaja’s appearance for Stravinsky’s Violin Concerto, composed in 1931 for Samuel Dushkin. For all the eagerness, intensity and sheer bravado from Pat Kop (that’s an official shortening), this music needs a real team-effort, which it got, the first movement ‘Toccata’ a rhythmic minefield and with much Baroque decoration, nimbly articulated by all concerned. The middle movements are both entitled ‘Aria’, the violinist capturing their heartfelt messages and also their restless spirits, before freewheeling with the final ‘Capriccio’, a helter-skelter ride, Pat Kop interactive and charismatic, the LPO and Fischer tactile. Pat Kop’s encore wasn’t the cadenza that Stravinsky didn’t write – also inveigling leader Pieter Schoeman – and if that reads as gobbledegook the answer can be found on her recording of the Concerto (LPO/Jurowski) on the Naïve label.