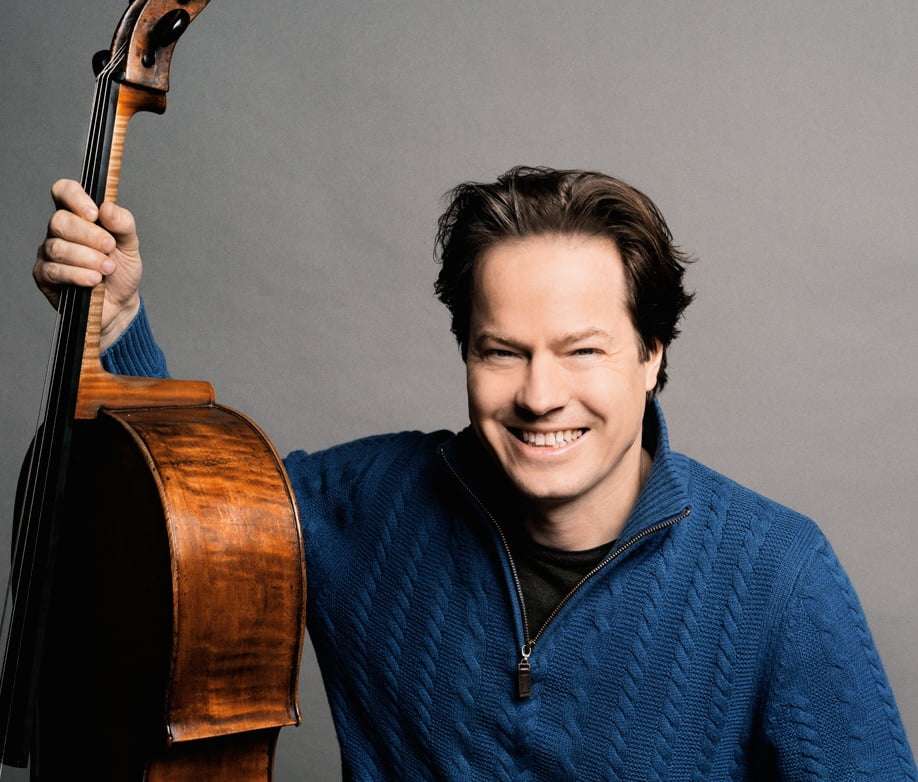 The Cello Symphony, for me, is Britten’s most secretive work. From what he said about it to Rostropovich, for whom he wrote it in 1963, it seems that the score had a life of its own, starting as a Concerto, then hedging its bets as a Sinfonia concertante, before being defined as a Symphony. You might have thought that its ultimate title would clarify the relationship between soloist and orchestra as a partnership, but, as the superbly musical, intelligent and intuitive Jan Vogler demonstrated, no performer is going to have the last word.

Vogler’s introspection is a reminder that, in his cello works for Rostropovich, Britten came closest to the spirit of Shostakovich, adding his own brand of emotional evasiveness to the Russian composer’s equally well-honed elusiveness. Compounding the subtlety and, at the start, the expressive hesitancy of Vogler’s playing, Vladimir Jurowski and the London Philharmonic made us aware throughout what a radical departure the Cello Symphony is from Britten’s previous large-scale creation, the War Requiem. The frequent echoes of sonorities from that and from A Midsummer Night’s Dream flickered peripherally, in the process marking the new sparseness that would become ever more refined in Curlew River and Death in Venice. The LPO’s response to the cello’s low-lying angularity in the first movement came charged with spectral attention to timbre, the ensemble miraculously precise in the succeeding Presto inquieto. Vogler went to the core of the work in the cadenza, emerging with almost a sense of relief when he handed over the reins for the Passacaglia, in which the soloist sometimes sounds almost incidental and in which the LPO played with an infectious, rather English candour, Jurowski raising its game for the surprisingly radiant grandeur of the close.

The Soviet Russia element stayed in place for Valentin Silvestrov’s Symphony No.3. Jurowski translates ‘Eschatophony’ as the “sound for the end of times”, Messiaen-like apocalyptic, but it is really to do with the Ukrainian composer, then aged twenty-nine, turning his back on avant-garde orthodoxies and going into a period of purdah before embarking on the new, post-modern style. The former Soviet modernist is eighty on September 30, and Jurowski has played a substantial part in promulgating Silvestrov’s music, and to judge from the growing number of recordings and from the international scale of events marking his birthday interest in his music is burning ever brighter. 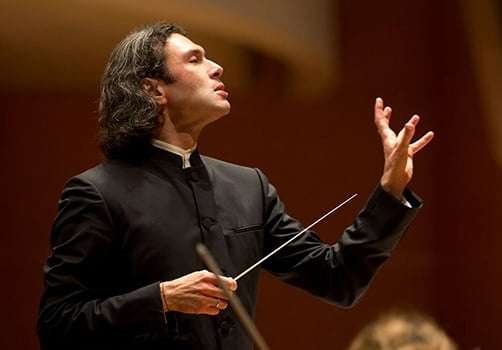 Theodor Adorno praised ‘Eschatophony’ for its rigour but was less keen on its romantic tendencies. The three movements – the first two marked respectively, and non-suggestively, quaver = 108 and quaver = 100 – run into each other, serialist purity and aleatoric free-for-all alternate. Visually, you could tell, because Jurowski stopped conducting and directed the free flow by waving a particular number of fingers in the air. Sound-wise, there didn’t seem that much of a difference between the two, and the result was in keeping with the prevalent style of that period – lofty, emotionally remote, well-designed and limpidly orchestrated abstract note-rows, which, thankfully, no longer tyrannise the contemporary musical roost. Things changed, though, in the last movement, when gesture and character come into play as the music, seemingly unable to generate any more ideas, degenerates into a state of paralysis – no point in going on. With that sense of crisis, the Symphony acquires a shape and extra-musical dimension that leads to silence, in the process assuring a new dawn for Silvestrov. Jurowski and the LPO delivered it with the greatest conviction and you have to admire the sheer bravado with which it fills time.

We lingered in Ukraine, but in the seventeenth-century, for Janáček’s Taras Bulba, a symphonic rhapsody about the story of the Cossack and his two sons defeated by the Poles, but defining the heroic spirit of the Russian people. Graphically depicting the gory deaths of the father and his offspring, the orchestra is beefed-up by organ for the transcendent conclusion, and Jurowski and the LPO, no strangers to Janáček’s theatricality, didn’t hold back. If you wanted, you caught whiffs of Jenůfa and The Cunning Little Vixen, but really it was Hollywood glamour that won the day.