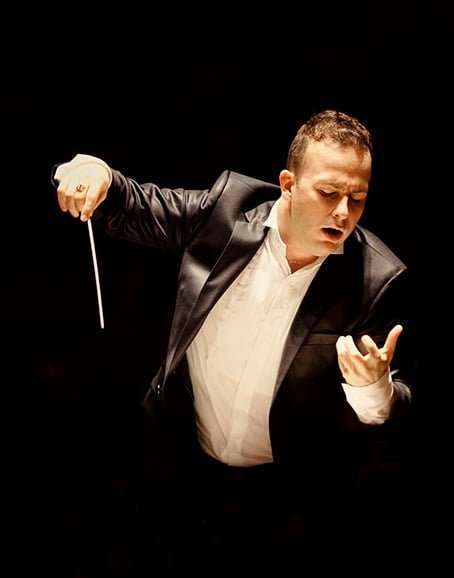 ”This is a strange programme – what’s the connection between Gershwin and Rachmaninov?” the lady sitting behind me asked of her companion.

Had I taken her up on this, I would have pointed out that the connecting threads are rather stronger than may at first appear. The Gershwins’ parents were Russian, and George’s knowledge of the language, as a boy in lower Manhattan, was as good as his Yiddish, both of which were spoken at home.

Because of George’s known Russian roots, quite a few émigrés attended the heavily-promoted New York concert, “An Experiment in Modern Music” on 12 February 1924 at which his Rhapsody in Blue was premiered. In the Aeolian Hall were Rachmaninov, Stravinsky and Heifetz.

The success of the Rhapsody caused Walter Damrosch to commission a full-scale Piano Concerto for the New York Symphony Orchestra from Gershwin, the European premiere of which was given in 1928 in Paris by another expatriate Russian, Dmitri Tiomkin, with Gershwin present.

I believe it was this European premiere that Stravinsky attended: whichever performance he heard, he was asked what he thought of Gershwin’s Concerto. Now, the exact quote is hard to pin down, but effectively he said the work was merely a succession of 12-bar show-tunes.Those of us who have studied the piece, and concluded that it is a masterpiece of wholly original character in terms of stylisation, know that beneath the surface attractions, all three movements exhibit strong structural and thematic cohesiveness as well.

It’s what you make of it, I suppose, and I daresay the performance Stravinsky heard was not as wholly convincing as others. I was reminded forcibly of what Stravinsky said whilst listening to Jean-Yves Thibaudet, which did indeed come across as a quite brilliantly played set of show-tunes for piano and orchestra – one thing after another – as though it were Rhapsody in Blue writ large. 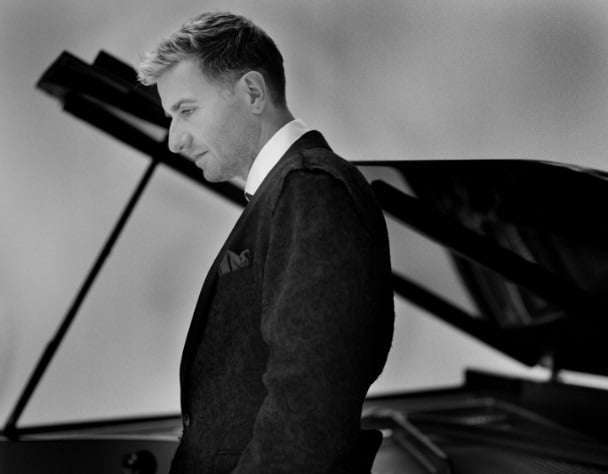 The essence of the first movement is the astonishingly subtle variety Gershwin extracts from the pervasive Charleston rhythms – but that subtlety can only be made manifest if a basic pulse is set and maintained. On this occasion, Thibaudet’s playing was virtuosic in the outer movements – with Yannick Nézet-Séguin setting a very fast (and somewhat unnecessarily so) initial tempo – and suitably bluesy in the central movement, but there was little depth, no wry refinement, no total grasp of Gershwin’s achievement from either the soloist or the conductor.

The London Philharmonic did all that was asked of it, but genuine style and respect for the work’s inherent achievement were absent. Those disappointed by this superficial reading were rewarded by Thibaudet’s encore, Ravel’s Pavane pour une infante defunte. Here he displayed artistry of a totally different nature – holding the packed Royal Festival Hall audience spellbound with some filigree pianissimo playing.

Rachmaninov himself conducted the American premiere of his great Second Symphony – in 1909 with the Philadelphia Orchestra, of which Nézet-Séguin is currently Music Director. Forty-odd years ago, one of Nézet-Séguin’s predecessors, Eugene Ormandy, told me some interesting stories concerning the various sets of parts for many of Rachmaninov’s works the Orchestra has in its possession. Nézet-Séguin therefore has – almost literally at his fingertips – much valid material in Philadelphia from which to work.Before the performance began, I thought he had indeed done his homework, for the double bass section was enlarged to ten players, a total string strength of 16/14/12/10/10. No bass drum or timpani on the low E at the end of the first movement, I thought – and I was right, thank goodness, though that essential last note could have been more emphatic.

But I’m getting ahead of myself: why go to all this trouble in terms of accuracy in orchestration if you’re going to omit the first-movement exposition repeat? It’s not an option, and Rachmaninov always observed it. Nézet-Séguin’s decision was not only wrong in itself but also mirrored what was lacking in Gershwin’s Concerto.

This account of Rachmaninov’s Second Symphony was quite magnificently played by this great orchestra, and clearly a great deal of care had gone into the preparation. Throughout, Nézet-Séguin seemed determined to extract the last ounce of romantic fervour and sentiment from each phrase – all very expressive – but, once again, at the price of structural cohesion.

Rachmaninov, like Gershwin, was much more than a tunesmith of genius. The result here, for all the beauty and excitement, lacked inner strength and genuine depth of utterance – rather like gorging on a box of expensive hand-made chocolates.