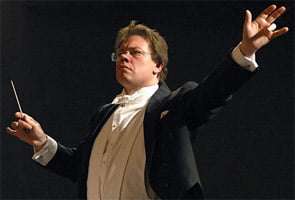 The London Philharmonic Orchestra’s “Prokofiev Man of the People?” series could not have got off to a better start. Alexander Vedernikov (formerly of the Bolshoi and currently with the Odense Orchestra) isn’t a frequent visitor to London but he is an always-welcome one.

The off-stage otherworldly trumpet solo breezed in without ceremony to give birth to the fictitious Lieutenant Kijé, created by accidental administration, numerous military misadventures (from Siberia to St Petersburg) and honours imagined for him. Kijé marries, becomes a dad, and rises through the ranks to General. Prokofiev’s Paris-written music for this satirical 1933 Moscow-made anti-tsarist film rises above its inspiration: he did fantasy so well. In this five-movement concert suite the music is unfailingly suggestive and engaging, whether through perky piccolo, militaristic brass, numerous touching solos (double bass, viola, cello, saxophone – all well taken here) to represent Kijé’s romantic side, then the merry sounds of ‘Kijé’s Wedding’ – Paul Beniston’s cornet solo deft and laconic – followed by an upbeat and brilliant journey through snow on a ‘Troika’, and a concluding ‘Burial’ that musically recalls and reminisces until that distant trumpet returns … Kijé is no more … he was only a dream. Vedernikov, whether with right hand, left hand, both, with baton, or without one, led us on a flexible, acerbic and flavoursome trip, the LPO fully conscripted. 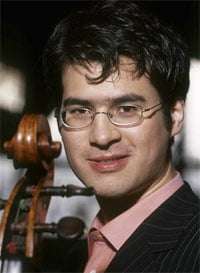 He was also on the ball for the problematical Cello Concerto, begun in 1933 for Piatigorsky, composed on and off until completion in 1938 for what was a disastrous Moscow premiere with Lev Berezovsky as soloist, and revised the following year, Piatigorsky then giving the piece in Boston albeit finding the solo part “uncomfortable and difficult”. Prokofiev’s 1952 Symphony-Concerto (Opus 125, written for Rostropovich) shares material with the Concerto in what can be counted as a wholesale reconsideration of the earlier work but without the composer withdrawing it.

From the declamatory opening to the lengthy and discursive finale (a Theme and Variations with Interludes, a ‘Reminiscenza’ and an inorganic Piatigorsky-requested cadenza), not for a second do the 35 minutes lack for ideas and incidents. One can get structurally lost as Prokofiev takes us up and down various paths and round the houses, tangent-hunting, changing on a whim from one mood to another – anything from languorous to propulsive. Yet such unpredictability is part of this beast’s charm. Best to go with the flow (or lack of it on occasions) and smile at the work’s many whimsies, long passionate lines and spiky countenances. Danjulo Ishizaka wasn’t always convincing, with intonation or tone, when playing at the cello’s highest register (meaty-sounding otherwise), but this is a viciously challenging part to which he bought total conviction and much charisma – and no mean feat to have memorised it either. He was fully on top of the huge technical demands and made music with those so-many notes and their maze-like twists and turns. The accompaniment was a work of art, too.

The adorable Seventh Symphony (1952) is virtually the last music that Prokofiev (1891-1953) composed. Conforming to Soviet dictate for “traditionalism and tunefulness”, Prokofiev also invests personal nostalgia into the four compact movements and not a little pathos (the man is within the music); also a glittering waltz (that looks back to his score for Cinderella) and a knockabout finale. In a performance that gets inside the music – and this one did – one should be aware of the composer’s orchestral mastery and also his (non-overt) declarations, particularly in the rather dark final bars during which emotional implosion is sensed.

Vedernikov kept things on the move, not wallowing in the expansive and sunrise-glorious themes of the first movement and then teasing-out with affection the ballet of the second movement, as light as a soufflé at times, although the coda would have welcomed greater impetus. With the touching Andante nerves are touched beneath the surface simplicity (this is one of Prokofiev’s most heartfelt statements, diaphanously instrumented) and if joy seems unconfined in the clowning-about finale, those shadows of finality darken and chill the closing bars, the composer consciously signing-off. Rightly Vedernikov opted for the original ending rather than the gaudy return to the circus that Prokofiev was coerced into writing: that single massed pizzicato says so much more. This is a great work and was here given as such.