Mozart
Violin Concerto in A, K219
Bruckner
Symphony No.7 in E [edition not advised] 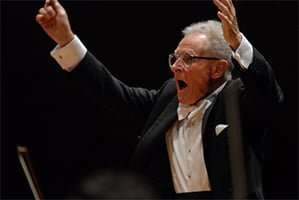 Stanisław Skrowaczewski is “the world’s oldest working major conductor.” Regardless of whether that is true (he has just entered his ninetieth year), his indefatigable spirit has brought him to the London Philharmonic Orchestra (the first time since 1993) to conduct two concerts this week following appearances in Japan and Minnesota. All this speaks of a man committed to music without any need to the celebrity culture that afflicts some of his younger colleagues. This concert was superb, a wonderful marriage of common purpose. 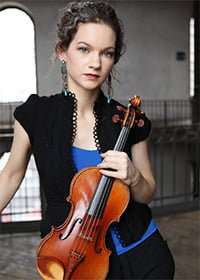 The Mozart was played delightfully. Hilary Hahn’s sweet tone and lyrical playing for her initial entry contrasted nicely with the pointed and insistent playing from the LPO. She was engaging throughout, though her choice of cadenza (her own one assumes, for the cursory programme offered no guidance) was indulgent and outstayed its welcome within this silver sea of music. The Adagio was fashioned with due care, if a bit overwrought boiled over, but there was enough flow to captivate. There was fire in the belly for the finale, and the ‘Turkish’ episodes danced feverishly. The close was perfectly judged and left one wanting more. Hahn’s encore was the Adagio from J. S. Bach’s Sonata in G minor (BWV1001); wonderful expression in Hahn’s hands and instrument.

London has been blessed by some superb accounts of Bruckner’s music recently: the Fifth Symphony from Claudio Abbado and the Lucerne Festival Orchestra, and also Bernard Haitink with the Royal Concertgebouw Orchestra; Seventh from Haitink and the LSO, and Kurt Masur with the Philharmonia Orchestra; Eighth from Haitink at the Royal College of Music, and Christoph von Dohnányi and the Philharmonia. Also memorable was this Seventh from Skrowaczewski. 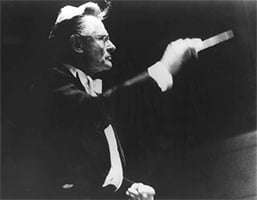 Matters of edition are not as crucial for this symphony as for others in Bruckner’s output, save for the climactic moment in the Adagio. Skrowaczewski opted for the timpani, cymbals and triangle (so following Leopold Nowak’s editing rather than of Robert Haas’s, but I suspect that elsewhere what was heard here was Haas (nice if the LPO could have told us): Nowak’s reintroduction of the additional tempo indications of the first edition (effectively the work’s first conductor’s Arthur Nikisch’s markings) seemed absent as the music flowed from first bar to last without many manoeuvrings.

At spot-on 70 minutes, this reading benefited from such expanse: there was space to breathe with Skrowaczewski (the score in front of him but unopened), the music never dragging, and was a performance as one dreams of – of majesty, grace and full expression.

The ascent to glory was captivating from the off, moments of serene bliss gave way to uplifting climaxes in the opening movement. Skrowaczewski tempted the LPO to great heights of playing. The greatest span of music Bruckner set down in this work is the Adagio. Here, over 25 minutes, the music’s swells and sweeps were stirring, the four Wagner tubas providing warm support. That cymbal-and-triangle climax was glorious. The there-is-life-after-mourning (for Wagner) scherzo was sure-footed, the trio sounding with heart and soul. The da capo propelled, but it was propulsion of a different kind that compelled in the finale, details abounded, and Skrowaczewski savoured the coda, with even the vandal who shouted “bravo” at his earliest chance failing to wreck this supreme achievement.