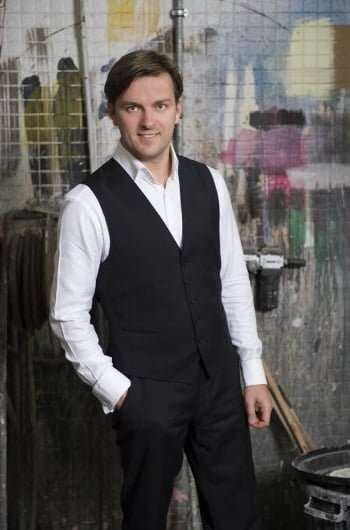 Janáček’s Glagolitic Mass is such a stand-alone work, except in terms of duration, that it’s hard to judge what to programme with it. In the event the LPO and Tomáš Netopil went with well-known Wagner and Beethoven. The Flying Dutchman Overture was high on drama, and Netopil zoomed in on the score’s primary colours with wind-swept energy. A lovely cor anglais solo and some vigorous horn calls played their part in this charged, opera-house performance, and Netopil’s commanding conducting style didn’t let the tension slip for a moment.

He contained his swagger in an elegant performance of Beethoven’s Symphony No.4. The dark introduction, with some wonderful bassoon-playing and a clean but relaxed ensemble, strove towards its hand-over to the brisk first movement proper with maximum impact, Netopil teased expectations in the middle section with a fine appreciation of its sly wit, and there was energy to spare in his overall rhythmic attack. The slow movement didn’t quite square the circle of serene stillness enhanced by an agile accompaniment, but Netopil directed the high-profile rhythmic tattoo to adapt, chameleon-like, to its fore- and back-ground status. In general, though, he kept the Symphony’s mercurial character animated and alert, and the LPO supplied the goods with lithe strings and with the woodwinds relishing the Mozartean finesse of Beethoven’s writing.

Netopil recently recorded the Glagolitic Mass, for which he chose the September 1927 score, since it claims to be nearer to Janáček’s original and unpicks changes he made to make the score more user-friendly, this latter version published as the performing ‘norm’. While the programme didn’t make it clear, it was the 1927 version used, with tricky time-signatures overlapping, creating a layering of sound, for example, in the opening, and the spectacular deployment of three sets of timpani, going hell for leather at the end of the ‘Credo’ and the final bars of the ‘Postlude’.

The nature-loving Janáček conceived his Mass as a vision of faith – a faith he did not have – celebrated in the open air, with the forest and stars providing the cathedral and its thousands of candles. Just occasionally there have been performances that have seemed like an extension of the unbridled joy that surges through The Cunning Little Vixen and leave you reeling. This got very near it, but, despite an idiomatic Janáček sound from the LPO, with a wonderful sheen to the violins and superbly angular brass, and thrilling, raw singing from the English and Spanish choirs, it only fitfully tipped over into that sense of ecstatic release, possibly because of Netopil’s generally pressured tempos, possibly because of the edition imposing subliminal caution; and there are bigger distances, for instance in the choral repetitions of “Veruju” (I believe) in the ‘Credo’, than Netopil allowed for.

The orchestral re-enactment of the Passion in the ‘Credo’, though, hit the visceral spot, as did the tenor’s heroic entries there and in the ‘Gloria’ – this excellent singer was listed as Kor-Jan Dusseljee in the programme and as Aleš Briscein on the LPO’s website (no doubt an update, so it must have been the latter) – and the other main soloist, Andrea Danková (on Netopil’s recording) was marvellous in the ‘Gloria’ and the ‘Sanctus’, a Janáček natural who brings a passionate connection with the music. The organ solo, even by Janáček’s standards, bizarre and utterly original, instead of enclosing us in liturgical respectability, sent us out into the blue yonder in Catherine Edwards’s tempestuous rendition.