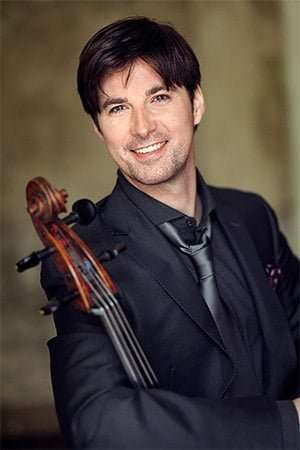 Whatever the differences between them as perceived in their lifetimes, Johannes Brahms and Anton Bruckner have more in common as composers than is generally acknowledged, even today – as such, this concert by the London Philharmonic Orchestra made for a logical and stimulating programme.

Brahms was represented by his final orchestral work (1886), which began life as a concerto for cello only for the violin to be given (nominally) equal status after the composer had resumed his friendship with long-time collaborator Joseph Joachim. Certain performances make a virtue of any imbalance between these instruments, but not here – Julia Fischer and Daniel Müller-Schott being intent on an interaction as unified in conception as it was poised in expression. Thus the opening Allegro unfolded cohesively if just a little too smoothly, with the repartee between the duo evincing accord right from the outset. Such an approach paid dividends in the Andante, violin and cello fairly melting into each other tonally as the eloquent main theme took its course and with an almost tangible rapture on its return. Eschewing the final degree of rugged humour, the finale was notable more for the alacrity with which the soloists rendered the impetuous main theme and also for its unusually convincing transition into the major for the bracing and affirmative coda. A fine performance, then, with the LPO offering admirable support under Vladimir Jurowski, after which Fischer and Müller-Schott returned for Johan Halvorsen’s Passacaglia (1894, after a keyboard movement by Handel) as a substantial and bewitchingly played encore. 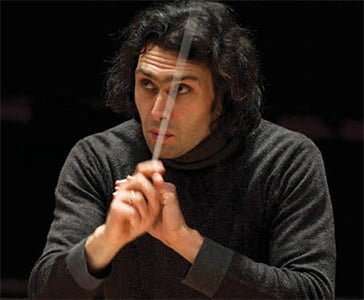 Jurowski has been a successful advocate of Bruckner’s First Symphony over recent seasons, so it was good to see him taking up the cause of its numerical successor this (maybe he will yet do likewise with the D minor work that used to be known as “No.0” but which in is reality ‘No.1 & 1/2’!). The Second Symphony finds Bruckner near the start of a creative trajectory as was to culminate in the magisterial Fifth Symphony five years later, and while he was never to bring this earlier work to a comparable level of perfection, its qualities remain enduring – not least in the first version of 1872 that entered circulation through the edition of William Carragan almost a decade ago. The result, if not a true revelation, was nevertheless an exemplary account of this unduly neglected score.

Unlike other exponents, moreover, Jurowski kept the music on a tight though never inflexible rein. The opening Moderato vividly took wing, its initial agitation finding an ideal contrast in the ruminative theme that ensues on lower stings, and with the relatively prolix development building to a powerful climax as surely as the coda sounded not at all distended in its venturing towards a fateful conclusion. Placing the scherzo as the next movement makes perfect sense in this context, the incisive outer sections thrown into relief by the lilting warmth of the trio (both repeats taken and not outstaying their welcome), and the coda clinching the movement with uninhibited verve. Even finer was the Andante, not least as Jurowski judged to perfection its easeful progress – the respectively rapturous and wistful main themes complementing each other unerringly and the beatific coda capped by lissom horn-playing from John Ryan. If the finale was not quite so convincing, this was more to do with formal uncertainties that Bruckner had yet to resolve – there being passages of ‘marking time’ in the development that even Jurowski could not quite integrate into the ongoing structure, though the crescendo of activity into the reprise had an irresistible momentum, while the retrospective tendency of the coda was not allowed to undermine progress towards a resounding and fulfilling apotheosis. As with that of its numerical predecessor, Bruckner alludes to without stating the themes in question – thereby placing a premium on rhythmic clarity which the LPO met with assurance.

There must have been many in the audience unfamiliar with this piece, let alone in its original guise, and it is a tribute to the conviction of this performance that those present so (in)audibly stayed the course. Hopefully a release on the LPO’s label will not be too long in coming.