Gentlemen of the London Philharmonic Choir [A Survivor from Warsaw] 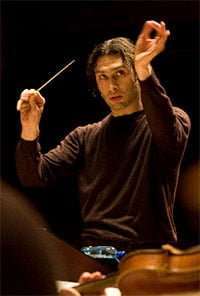 Beethoven, Schoenberg, Nono – a stimulating coming-together; and – for Schoenberg and his disciples (including son-in-law Luigi Nono) – why shouldn’t all twelve notes of a scale be used and be of equal importance. As Vladimir Jurowski saw things, Beethoven 5 was the “finale” of this concert “dedicated to all those still suffering injustice.” It would be easy to listen to this work complacently, thinking we know it, opening as it does with that universally famous four-note motif. Arguably, Beethoven’s music is more evolutionary and revolutionary than the later composers here represented – whatever their innovation, they were continuing a line – and that the Fifth Symphony should remain a challenge, not least as to “why?”.

Not on this occasion though. This was Beethoven in the ‘modern hybrid’ manner – fleet, streamlined, decorative, even precious and dispassionate. The LPO’s playing got better as the work went along – the first movement lacked optimum rhythmic definition and found the first violins somewhat blurred – but there was little indication of a powerful ‘darkness to light’ statement, or of fate knocking at the door. Of course, the greatest music can survive ‘stories’ (real or imagined) but Jurowski seemed only interested in the cosmetic side of the score, varying vibrato, lightening the sound (six double basses proving an insufficient foundation) and controlling the surface (even so some details escaped attention), and also introducing ‘period’ trumpets as timbrally incongruous (however well-managed) to the rest of the LPO. The finale, suitably majestic in tempo if undermined by the surprising lack of an exposition repeat, was earthbound. Opening the concert, the Overture to Fidelio (the expansiveness and drama of the opera-related Leonore overtures 2 and 3 would have been a better fit) was finely graded if lacking the last degree of theatrical rawness and impetus. 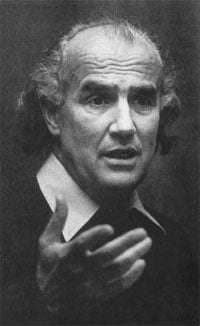 Nothing but praise though for what might be considered adventurous programming – even if the most-recent work dates from 1951 – and it was encouraging to hear Jurowski (the previous day) express the wish to spend a whole year conducting only music written during this current century (as it is the LPO will next year exclusively play works from the previous one, The Rest is Noise). Apart from Nono marrying into the Schoenberg family, Beethoven had a ‘heroic’ infatuation with and then denunciation of Napoleon. So some nice threads, and Schoenberg’s Ode to Napoleon Bonaparte (1942) was brilliantly brought off. Setting Lord Byron’s English words (aimed at despots everywhere and in all times), Schoenberg’s use of strings (quartet originally) and piano sustains both syntax and sonority, and if – generally – works with narrator can be words against music rather than set to it, this account of Ode was very persuasive, the strings precise, Catherine Edwards notable at the piano, and Robert Hayward simply superb in his Sprechgesang, enunciating much character and sentiment, living every syllable. The music itself has the occasional glance back to Verklärte Nacht, to friend and pupil Berg’s music, and the piano-writing sometimes suggests Stravinsky; at the close, Schoenberg’s final cadence is a masterstroke of unexpected tonality – E flat out of hexachords.

In A Survivor from Warsaw (1947), Schoenberg paying tribute to the victims of the Holocaust, Hayward, although commendably accurate, was slightly less involved; his was not quite a delirious remembrance. However rigorous Schoenberg’s composition, the horrors of unjust imprisonment and hellish conditions are vividly conjured and culminate in the chorus’s gnarled plea for better times, the gents of the London Philharmonic Choir giving their all.

It is very encouraging to find Vladimir Jurowski championing the music of Luigi Nono (1924-90); maybe he can one day give us Como una ola de fuerza y luz (Like a wave of power and light, 1972, for piano, soprano, large orchestra and electronics), long overdue a London revival since Claudio Abbado conducted the LSO with Maurizio Pollini and Jennifer Smith in the RFH 25 years-plus ago, the memory of which remains stunning.

Julius Fučik, executed by the Nazis in 1943, was a Czechoslovak journalist affiliated to the Czech Communist Party. Taking the political prisoner’s name, Nono didn’t finish what he started, and instead went further in his 1960 opera, Intolleranza. Indeed Julius Fučik was first-heard posthumously, in 2006. It may be short but it packs a punch, and not just because of the plethora of percussion, often used ‘solo’. Neither of the simplistic lighting and video designs added little (and an inconsiderate so-and-so’s left-on mobile distracted) – and maybe they even stifled a listener’s individually imaginative response to the score, to the music itself. Omar Ebrahim (Fučik) was unnecessarily amplified (pitching in from a space he wasn’t occupying); Malcolm Sinclair’s ‘Voice’ carried perfectly well without it, as had Hayward in the Schoenberg works. Nevertheless, Nono’s torso made a compelling impression, from hostility to isolated thoughts … and then, lights up, it was straight into Beethoven 5…