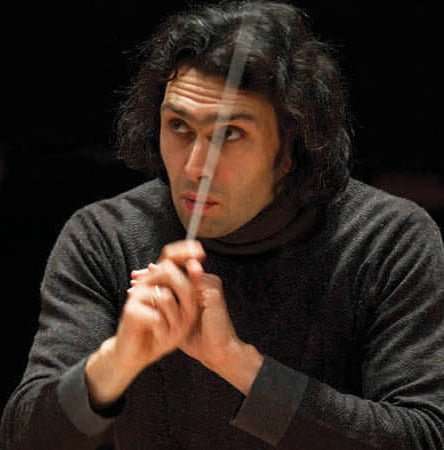 Although his spell as the London Philharmonic’s Composer in Residence ended last season, Julian Anderson had another premiere remaining – in the company of Carolin Widmann Vladimir Jurowski.

In lieblicher Bläue is not a concerto as such: rather a “poem for violin and orchestra” with its inspiration (no more!) in Friedrich Hölderlin’s typically discursive prose-poem of the same name. Those who have read it after hearing the piece (as the composer suggested in his programme note) may have discerned a three-part trajectory which seems to find a parallel in that of the music. Thus the opening section has the soloist at first playing offstage and then at stage-left, only gradually moving to the centre of the platform as expression grows ever more animated with those heady fanfares and bell-like resonances as have long been a hallmark of Anderson’s idiom. After a violent culmination, the music heads into a sustained arioso for the soloist and various orchestral groupings, its song-like lyricism taking on additional eloquence before reaching a point of stasis. From here the closing section evokes darker as well as more troubled emotions, replete with echoes of the earlier confrontation as the soloist turns away from the audience and the piece finally arrives at a conclusion of the most exquisite equivocation. 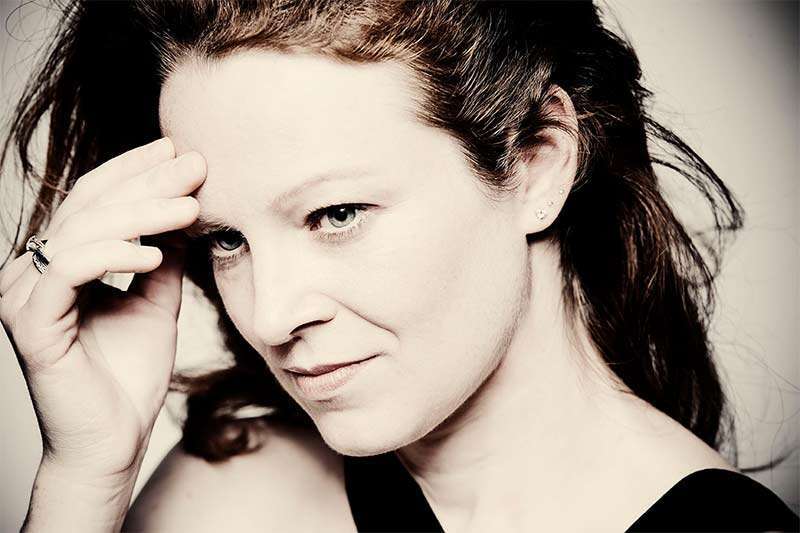 Make no mistake, In lieblicher Bläue packs a great deal of incident into its modest duration (little more than 20 minutes) as it evinces the weight of the concerto archetype without succumbing to its generic confines. This first hearing seemed to do it full justice, with Widmann enviably assured in a subtly exacting solo part and Jurowski securing a committed orchestral response – not least in the numerous soloistic passages. A notable conclusion to Anderson’s residency with the LPO and also, one suspects, to a specific phase within his evolution as a composer.

From ‘concertante poem’ to “choreographic symphony”, Jurowski and the LPO went on to Daphnis et Chloé, while not the most involving or immediate account to be heard in London over recent years, it brought out the formal consistency and expressive poise of Ravel’s classically inspired fresco in full measure. Thus while the set-piece dances could have been rendered more evocatively, the ‘Prelude’ and its ensuing ‘Danse antique’ lacked nothing in atmosphere, while the cumulative control was such that the ballet’s final third (the Second Suite) unfolded in a cumulative sweep. Some fine solo contributions – notably Juliette Bausor’s flute-playing throughout the lengthy mime-scene before the final ‘Danse générale’ – were balanced by orchestral and choral responsiveness overall. All credit, too, to Jurowski for his scrupulous attention to Ravel’s instructions as to the chorus’soffstage and onstage presence; such as adds greatly to its often spellbinding vocalise.

If not a revelatory reading, this reaffirmed Ravel’s standing as musical ‘clockmaker’ extended to the most ambitious of designs. Detailed surtitles were a further enhancement, not least as Eric Mason’s venerable printed introduction had been curtailed little more than half the way through!