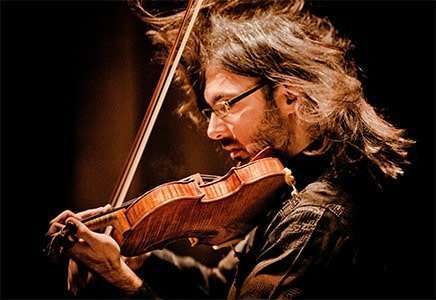 This concert was dedicated by the London Philharmonic and Vladimir Jurowski to the memory of Claudio Abbado, who died two days ago. By a rather bitter irony the long-planned programme included not one but two death-haunted works, the ‘Eroica’ with its ‘Funeral March’ and Karl Amadeus Hartmann’s Concerto funebre. Given Abbado’s strong political convictions one suspects that he would have particularly appreciated the inclusion of Hartmann’s work since, written in 1939 in the wake of the Munich Agreement, it is effectively a threnody for the impending partition of Czechoslovakia and because the composer, a fervent anti-fascist, had the courage of his convictions, forbidding all performances of his music whilst the Nazis governed.

Quite how J. S. Bach’s A minor Violin Concerto with its exuberant closing gigue fitted in with the remainder of the programme is a moot point. Perhaps it was simply that, like the Hartmann, it requires strings only and Leonidas Kavakos was happy to play it. When the Concerto was first performed in Cöthen in 1717 it was with an orchestra of 17 musicians led by the soloist. Playing with minimal vibrato and working with a similar-sized group and Jurowski on harpsichord, Leonidas Kavakos replicated this and led a very fair approximation of how it might have sounded on that occasion. Whether this quasi-‘authentic’ approach was entirely a good idea in such a large space as the Royal Festival Hall is open to question. In Kavakos’s secure hands the Andante’s extended cantilena came off best but the outer movements, whilst never less than excellent, lacked a certain bounce and exuberance. 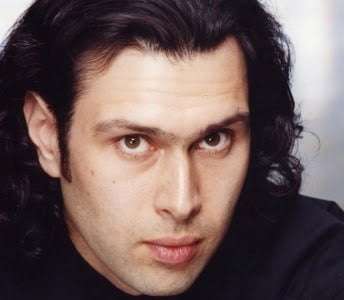 Hartmann’s Concerto funebre is an altogether tougher nut. The brief introductory Largo has the soloist intone the Czech Hussite chorale “Ye who are warriors of God” and then two slow movements, the first described by Hartmann as a lament and the second a langsamer Marsch of profound sadness, frame what is effectively a furious scherzo. Music of deepest introspection, it is all deeply felt and was clearly written out of personal need. It received a compelling performance, Kavakos and LPO plumbing its depths, and the finale’s denouement based on a Russian revolutionary song “Immortal Sacrifice” was absolutely hypnotic.

The ‘Eroica’, lithe and tensile, was entirely consistent with Jurowski’s approach to other Beethoven symphonies, with antiphonal violins (eight double basses spread across the back of the stage providing a good underpinning to an otherwise light string sound), valve-less trumpets and hard sticks on the timpani. The opening movement (with exposition repeat taken to particular benefit on this occasion) was very much con brio although Jurowski’s laudable attempt to observe Beethoven’s all-important dynamic markings did occasionally sound didactic and get in the way of forward momentum. Also, he seemed reluctant to ram home some significant moments like those scrunching sf chords at the climax of the exposition. A special word of praise though for John Ryan’s secure horn-playing.

The remainder of the work was much more convincing, a forward-moving ‘Funeral March’ with a notably plangent oboe solo from Ian Hardwick, an exuberant scherzo with its horn-led trio taken well up to speed and a rambunctious lunge into the finale whose various episodes were well characterised. Not the most momentous ‘Eroica’ but consistently well played and a genuine attempt to get to grips with what is written.