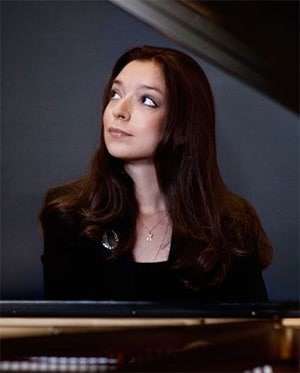 Since she won the Chopin Competition in 2010, Yulianna Avdeeva has gained a reputation for her forthright, steely pianism. That was certainly evident in this performance, and clearly Brahms’s expansive Piano Concerto No.1 is a work which suits her, with its big-boned chordal passages. Indeed, she needed all the impressive force she could muster in order to stand up to the apocalyptic fury unleashed by Vladimir Jurowski and the London Philharmonic. This was especially the case in the Maestoso opening movement, its first subject and its recapitulation, Avdeeva’s hands bouncing off the keyboard in the latter.

The shortcoming in her interpretation was her emotional coolness in, even detachment from, the music. Her quiet entry in the first movement sounded a little indifferent, and whilst the recapitulation of the tender second subject was somewhat warmer that its initial statement in the exposition, in neither case was there any danger of sentimentality from her! Similarly her reading of the Adagio did not yield much to the yearning lament offered by the orchestra. 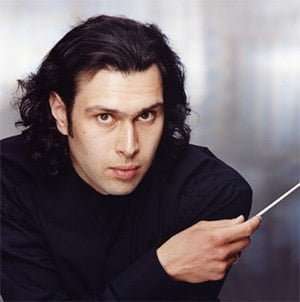 To Avdeeva’s credit, though, by no means did she seek to dominate. In Brahms’s essentially symphonic conception, she was entirely willing and able to become subservient to the musical argument where the piano assumes an accompanying or subsidiary part in the texture. Quite often too, her articulation of octave sequences was crisply delineated, like blocks of ice rather than dull stone. Undoubtedly this was a powerful performance. But with more thought given to the mellow and tender side of Brahms’s music, she could yet become an ideal interpreter of this composer’s emotionally complex creations. The same would be true of Rachmaninov or, with a little more mysticism and sensuality, of such works by Messiaen as the Vingt Regards.

After the storm (but with one to come, if in a teacup) came the calm of Beethoven’s ‘Pastoral’ Symphony. Jurowski’s view of the work was a brisk ramble in the countryside, and breezy too, rarely stopping to take in the vistas, still less to rise to any pantheistic fervour. The lack of rubato tended to make the murmurs in the lower strings of the second movement a rush simply to keep up instead of expressing the babbling brook, and the majestic overarching phrases in the finale could not sustain a sufficient sense of grandeur.

In this performance’s favour, the aural prominence of the horns, and the double basses by being raised up at the back, brought a quality of rough rusticity to the music. Together with some playful interjections from the bassoons in the first movement, this already anticipated the merry gathering of country folk in the scherzo, although the tub-thumping dance in 2/4 could have been more riotous. The ominous scales at the beginning of the ‘Storm’ were not given as much staccato articulation as the harrumphing crotchets at the opening of the scherzo, and so it was the latter which sounded more like raindrops. This tempest was rather polite. Despite some individually pleasing aspects of this outing, it was somewhat lacklustre overall in its lack of tension and no successful performance of a Beethoven Symphony can disregard that.